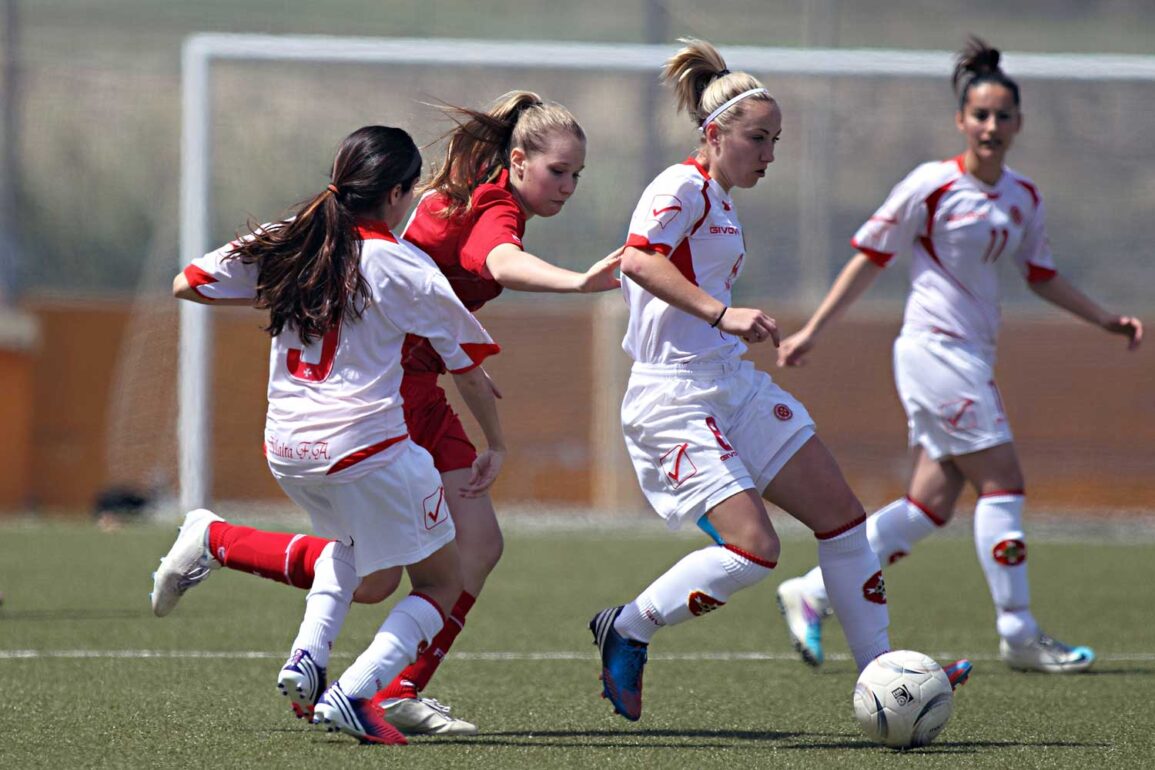 Malta’s Rachel Cuschieri is on the Path to Success

“She is a key figure in the dressing room, where she is also respected by everyone.” — George Ollandos, Apollon Limassol Vice-President

Gathe embodhion ya galon is a Cypriot proverb that roughly translates to “Every obstacle is for the good.” Midfielder Rachel Cuschieri embodies that proverb to the fullest. Hailing from the island country of Malta, Cuschieri is regarded as one of Malta’s best footballers and currently plays for the powerhouse club of Cypriot football, Apollon Limassol. She is Malta’s first female footballer to play professionally outside of the country.

“It was my childhood dream to play abroad and I still cannot realize that actually my dream has become real. I feel that I improved a lot, both technically and physically since we train on a professional basis. My message to the girls who share this dream is to keep working hard, believe in yourselves, and never give up,’’ Cuschieri said.

The 24-year-old Cuschieri inherited her passion for football from her male siblings. She started playing at the age of five at the San Gwann Football Nursery. Playing with boys from a young age helped her develop a strong technical foundation that was soon noted by one of Malta’s storied clubs, Birkirkara FC, where she began playing with the first team.

While representing Birkirkara, Cuschieri won everything at club level and collected several awards, including player of the year honors four times. She also appeared in the UEFA Women’s Champions League with the Stripes, another experience that was pivotal to her development as a player. Also during her playing time at Birkirkara, Cuschieri had a brief stint on trial with Bayern Munich in the German Frauen-Bundesliga.

A year later, Cuschieri was called in to the Maltese national team at the age of 14 and debuted against Switzerland. Wearing Malta’s uniform is a source of immense pride for Cuschieri.

“The feeling I get when playing for my country is overwhelming,” she said. “The pride wearing the Maltese cross on my heart is something I truly live to play for.”

Malta, like other countries beginning to invest in and develop its women’s football program, currently lacks a deep player pool from which to choose its national team. However, Cuschieri and her national-team teammates are writing a new chapter. In 2013, Malta qualified for the 2015 World Cup qualification tournament for the first time after advancing out of the preliminary round with wins against Latvia and Luxemborg. Against the likes of Switzerland and Denmark in the regular stage of the competition, however, that disparity in resources and development came to the fore and the country was outmatched.

In July 2014, Cuschieri traveled more than 1,200 miles to sign with Apollon Limassol, whom she impressed after undergoing a short trial. There, she featured in the club’s Round-of-32 qualification tournament for the UEFA Women’s Champions League. It was full circle for Cuschieri as Apollon faced a club from Malta, old foe Hibernians FC. Apollon topped the mini-tournament and clinched a spot in the Round of 32. It was a feat never reached by any Maltese player before Cuschieri.

Unfortunately, Apollon’s adventure ended after a nerve-wrecking two-legged fixture against Danish champions, Brøndby. The experience, though, wasn’t an exercise in punching above her weight class for Cuschieri — she featured in all five matches and scored a goal against Lithuanian champions, Gintra.

Apollon were also Cyprus’ representatives in the 2015–2016 UEFA Women’s Champions League competition, but lost their decisive match against Icelandic side Stjarnan, and bowed out of the competition in the qualifying stage. This past Champions League

Her development and professionalism on and off the field has drawn praise from those at the club.

“She trains in a professional manner and she proves that on the field with the results that she achieve together with her companions. However, a notable difference has been from when she came here, especially her physical growth. Moreover, she has also improved tactically and she is also helping us in different roles. Playing alongside top-quality players, has been vital for her development,” said George Ollandos, Apollon Ladies’ president.

Most recently, Apollon made it to the Round of 32 in Champions League play before bowing out to Czech Republic side, SK Slavia Praha. Cuschieri and her Apollon teammates have returned to league play in the Cypriot First Division but remain on the path to qualifying for next year’s Champions League competition.