What’s In a Lineup Graphic? Part One 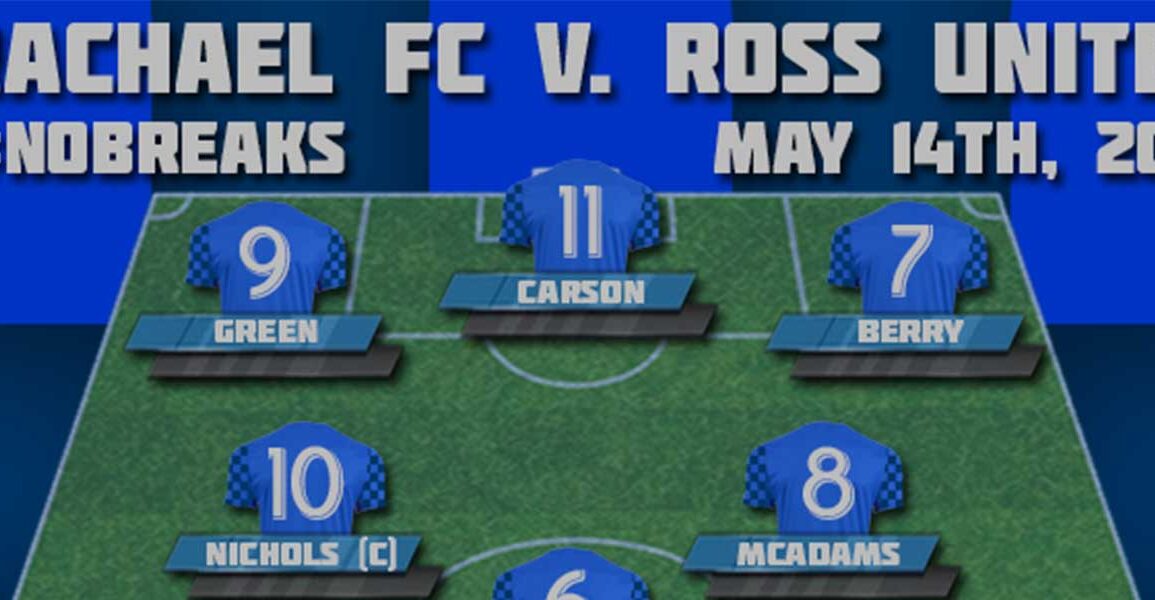 What’s in a Graphic?

Social media — Facebook, Twitter, Instagram, and so on — has undeniably changed the communication landscape and offers a unique way in which teams can communicate, connect, and provide information to their supporters.

This has lead to as-it-happens coverage of games, breaking team news, and lighthearted fare such as behind-the-scenes moments, as well as direct and immediate interaction with fans. And so, people look to social media for the latest team news rather than traditional media such as newspapers.

As social media has emerged and evolved, so have best practices for it. Content reach — retweets, likes, shares, and so on, for example — is improved by including a visual, be it a picture, graphic, or video. Posts and tweets, and thus, the information that teams want to disseminate, is more likely to gain traction if a visual included.

“Tweeting the info is great, but let’s be real, seeing it is just better,” Kylie Woyat, communication manager for the Western New York Flash said. “People like visuals more than text, you can say so much more in them.”

In the sports world, the starting lineup graphic has gained enough prominence that many teams use it as a sponsorship opportunity.

“Tonight’s starting lineup, brought to you by (insert sponsor here)” is something often heard on broadcasts, but is also incorporated into a starting lineup graphic. Clearly, if sponsors are interested, this lineup graphic has a certain amount of relevance and importance in the sports landscape.

That brings us to the proverbial “so what?” Sure, sponsors might throw dollars at it, but maybe they won’t. What, then, is the point of all this lineup graphic hubbub, Rachael?

Lineup graphics serve to inform: Who is on the field? What positions are they playing? What substitutions are available?

A strong lineup graphic can elevate this information to another level by making it more aesthetically appealing, but more important, it can make the information easier to understand — formations, for instance, are clarified.

For a nascent league that desperately needs to continue to attract new supporters, which is going to include those new to the game and its players, this type of information — starting lineups — must be easily accessible and quickly discernible.

On a more basic level, the lineup graphic means that it’s getting close to game time.

As Emma Nunan, communication manager for the Washington Spirit, put it, “Fans are more likely to retweet an aesthetically pleasing graphic. The more fans that share or retweet, the more people know or are reminded that the game is happening… [the graphic] serves as a notice of excitement.”

I’ve whipped up a graphic with the information a lineup graphic should contain. Everyone, meet Rachael FC. Comprised of real and fictional Rachaels, Rachels, and Raquels who don’t play professional women’s sports. (If you know them all, congrats.)

This graphic was made pretty quickly* and meets the following criteria:

If teams want to add headshots of the players instead of jerseys? Go for it! Make it look even fancier. Want to add the positions of the substitutes? That would be delightful and informative.

Checking Up on the NWSL

So how does the National Women’s Soccer League fare when up against the checklist? Let’s see a few examples.

Alas, last year’s top two teams fail to even fulfill the first step of the checklist. Making matters even more difficult, Seattle hasn’t even listed the players in position, instead opting for what I believe is numerical order. Kim Little featuring at center back would be rather entertaining though.

In the most technical sense, the Red Stars have passed step one of the checklist. They’ve included a graphic. It’s not of much use, however, and it’s a little odd they would tweet the crest of the club when it’s part of the icon of the Twitter account. Regardless, Chicago failed step two. However, I do thank them for at least tweeting the lineup in position.

We officially have our first team to pass steps one and two. Sky Blue does fail to pass step three however, as the player cutouts on the graphic don’t clearly indicate the positions the players are playing. I give this a pass, despite the awkwardness of all those players piled on top of each other, as the tweet’s text has the players listed by position. If you’re new to the NWSL and don’t know the players, it could be a little difficult to decipher from the graphic.

Boston passes steps one, two, and five! I see the argument that formation is evident as it appears the players are listed by position, but I don’t buy it. That would take a pretty strong understanding of what formation a coach tends to throw out on the field and how each of those players would potentially fit in it.

We’ve got a formation and I love it. This graphic is pretty simple and to the point, which isn’t a bad thing. Unfortunately, there’s no indication of the subs or the players’ numbers. That’s all the Flash is missing though, and comparatively that’s pretty good. Western New York checks off steps one through four rather well.

Washington checks off steps one through five, and the graphic isn’t too shabby either. This is a case where steps three and four go hand in hand. By clearly showing the formation on the graphic, you’re also showing the positions the starters are expected to be playing. Two birds, one stone, the beauty of a quality lineup graphic. The players’ numbers aren’t here, which helps people out with identifying players.

The NWSL and MLS Connection

I didn’t include NWSL teams that are partnered with Major League Soccer teams in that list. I wanted to analyze those separately. I want to compare those squads with not only their NWSL colleagues but also their MLS counterparts as well. We’ve heard that partnering with an MLS team offers advantages such as leveraging internal infrastructure, including graphics support, so let’s take a closer look and see if that actually translates and in what way.

The Dash check off every part of the checklist except step five. Who are the subs tonight? Yes, we can check another tweet for that, but what if we could get all the information in one spot? A bit nitpicky on my part, I’ll admit. Overall, a solid starting lineup graphic and one of the best from opening weekend.

How does this compare to the lineup graphic treatment the Houston Dynamo receive?

While the inaugural match may not have gone the way the Pride wanted, the starting lineup graphic was flawless. The only thing missing from this graphic were the jersey numbers for the substitutes. The one through seven list is a little odd. The spacing on the field was also a bit odd, but it looks like room was left for headshots that didn’t end up making it in there. Why do I think that? Well let’s take a look at Orlando City’s graphic.

There are those headshots! I’d imagine this is exactly what the Pride’s lineup graphic will look like once they get the headshots sorted out. Again, the substitute numbering is a little wacky, but at least the organization is consistent.

Here it is! The Thorns FC Starting XI for the @NWSL opener against @ORLPride!!! Kickoff is 7pm PT! #BAONPDX pic.twitter.com/SWiXY379fC

I give the Thorns credit for a very pretty background, and clearly sticking to a theme, but they fail to pass steps three, four, and six. It’s great to know who the starters are, but listing them in numerical order doesn’t give us much information on where to find them on the field. Also, if you’ve got the numbers for the starters, go ahead and put them for the subs as well, y’all.

Ah. I see where the Thorns get their layout from. At least the Timbers have the players listed in order by position and not number.

The Issues at Hand

Why aren’t all NWSL teams creating lineup graphics? What issues keep them from tweeting one out? I asked NWSL communication managers to get their sides of the story.

Of those who responded, the issue is a question of time. Lineups can be received extremely close to game time, and then those lineups can change just before kickoff. I’m not sure that’s a reason not to at least give the graphic a chance.

“It’s game day, not everything always goes right,” Woyat said in response to not sending out a lineup graphic or updating one with late lineup changes.

Nunan pointed out that “you just have to have the [lineup] file on hand and be prepared to make a quick change.”

Seve Hirst, marketing and design director for the Boston Breakers, even told me that once he had to make a last-minute change and had to “stop in a service station, edit the image, use their wi-fi, and send it over just in time.”

From what I’ve come to understand from the communication managers around the league, all it takes is a little preparation. Create the original file and when it’s game day, make the edits as quickly as you can and then you’re golden.

Nunan said, “The bulk of the work goes into the graphic at the beginning of the season, but for each week after that, the graphics shouldn’t take too long to make.”

“We would just tweet the [lineup] change, Hirst said. “I wouldn’t do another image.”

How do teams handle lineup graphics on the international stage? In a forthcoming story, I’ll delve into lineup graphics to see what can be learned from leagues around the world.