England: Should Mark Sampson Keep Mixing Up the Lineup? 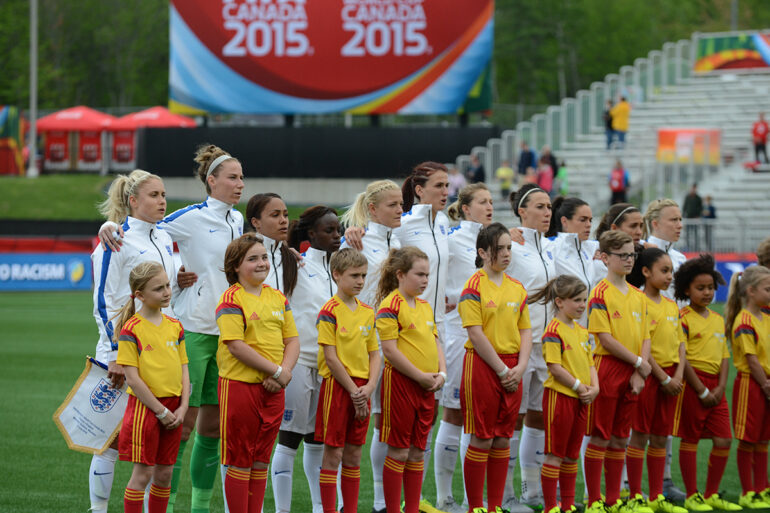 Now is the perfect time for Sampson to revert to one aspect of his coaching manual that allowed him to achieve something truly special last summer.

For all the skepticism in football that surrounds managers having their “favorites,” England head coach Mark Sampson has rarely settled on a preferred starting XI during his time in charge of the Lionesses. A graphic in the matchday program for last Friday’s Belgium game showed the scale of his tinkering.

Since the Cyprus Cup final just over a year ago, Alex Scott has started eight games at right back to Lucy Bronze’s 10. Laura Bassett, Gilly Flaherty, and Casey Stoney have all been tried and tested as center back partners for captain Steph Houghton while a host of attacking systems and players have been used to try and find more goals. Lianne Sanderson, Jodie Taylor, Toni Duggan, Fran Kirby, Ellen White, Jess Clarke. You name them, they’ve been involved.

At last summer’s World Cup, Sampson made three changes after the defeat to France before making a further five for the final group game against Colombia. Against Canada, he deployed Taylor out wide before using her up front against Japan, and brought Jo Potter in for the crunch bronze medal match against Germany in a back three. It was a tactic that worked for Sampson over and over again and it almost got him to a World Cup final, but we’ve had enough pain remembering that.

At some point, everyone hoped Sampson would finally settle on a regular starting lineup, one which showed he now had confidence in his team to go out and dictate play rather than adapt their setup to the opposition. That has seemingly now happened, but the lineup on which the 33-year-old has settled upon has confused and baffled both media and supporters alike.

The back four is quite strong and settled but in front of that we’ve seen Fara Williams used in a wide position, and Jordan Nobbs have her attacking instincts stifled by playing a deeper role to allow Jill Scott to play just off Manchester City teammate Duggan. In their last two Euro 2017 qualifiers, plus all three SheBelieves Cup games, England cried out for some creativity while the likes of Karen Carney and Gemma Davison sat on the bench alongside their boss. Their introduction on Friday night changed the game; it’s not fanciful to suggest England would have beaten Belgium had they started.

Many fans are still crying out for Beth Mead to receive a call-up, although the introduction of Nikita Parris to the squad should add some much needed pace and directness if she’s involved against Bosnia on Tuesday. Mead’s not yet on a central contract but that doesn’t mean she can’t feature at Euro 2017, and Sampson told me in no uncertain terms last week that she and other outsiders can still make his squads.

The central contracts all last one year and the manager picks and chooses who gets them. If you’re on them, it doesn’t mean you’ll definitely get picked and if you’re not it doesn’t mean you won’t, but they will obviously go to whom he thinks is most worthy of selection, hence the extra money that comes with the contract. With all 26 rumored spots currently filled, players who lose a deal in December this year will probably feel quite pessimistic about their Euro chances, but at least one player at last summer’s World Cup wasn’t on such a contract.

Like several others, Mead has had several invites to train with the squad at St. George’s Park over the last year, Parris was joined by Chelsea’s Millie Bright last week before the Belgium game and others have come and gone during past international breaks. Mead will certainly get her chance before too long, but fans can rest in the knowledge that Sampson is indeed giving new blood a regular chance to impress behind closed doors.

Either way, Tuesday’s game against Bosnia would be a perfect chance to unleash the likes of Carney, Davison, and Eniola Aluko to provide a morale-boosting victory and hopefully a flood of goals like we saw against Estonia last year. Now is the perfect time for Sampson to revert to one aspect of his coaching manual that allowed him to achieve something truly special last summer. If England produce another insipid performance with a similar lineup to last Friday’s, more questions will be asked than answered.