England Confident but Cautious Ahead of April Euro 2017 Qualifiers 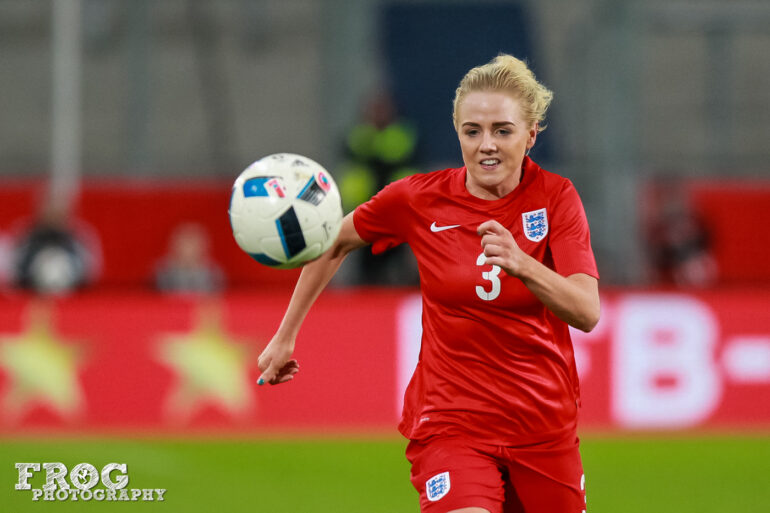 England head into Friday’s Euro 2017 against Belgium looking for another three points to propel them closer to qualifying for next summer’s tournament in the Netherlands.

Opponents Belgium sit above England in the table having played one game more while the Lionesses have two games in hand on current Group 7 leaders Serbia. A win on Friday, plus a victory in Bosnia-Herzegovina on Tuesday night, will see Mark Sampson’s squad lead the way going into the summer.

But Belgium promise to be England’s toughest test yet having won its first two games 6-0 and 5-0 against Bosnia — a side England only managed to beat 1-0 back in November. The Red Flames also have striker Tessa Wullaert of Frauen-Bundesliga side Wolfsburg, who boasts an impressive international record.

Sampson has picked a relatively similar squad to the one which took part in last month’s SheBelieves Cup, with injuries keeping former Portland Thorns striker Jodie Taylor, Izzy Christiansen, and Claire Rafferty out.

With England expected to pick up six points and qualify with ease for next summer’s tournaments, some of the team’s biggest hitters have had their say on the upcoming encounter.

“I am hoping I can bring more goals, which will be exciting. I work hard, I’m enthusiastic, and I’ll do everything for the team, holding up the ball, bringing others into play. I think everyone has got different attributes and hopefully we can all contribute in the upcoming games.”

“We’ve worked hard to start creating more chances and putting the ball in the back of the net a bit more regularly. We know we’ve got a really good side and there’s a bit more expectation on us now so hopefully we can just go out and get a good result.”

“I don’t think Belgium will be as obvious as Bosnia, they’ll cause us a few more players. They’re quite attacking and they like to play good football. For us, you can’t get complacent in this squad, you’ve got to be on your toes all the time or else there will be someone else ready to take your place.”

Ellen White and Laura Bassett were also speaking to Yahoo! Sport while Alex Greenwood and Toni Duggan were speaking exclusively to Our Game.