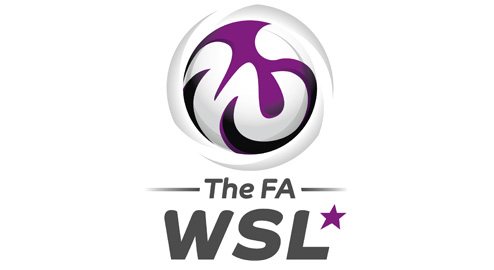 The Players to Watch this FA WSL Season

Eighteen-year-old Lucy Loomes may be one of the most naturally talented strikers in FA WSL 2 at the moment, scoring regularly for academies as she progressed through the ranks before settling at London Bees. She scored on both her debut for the development side and the first team in WSL 2, and has earned herself a regular slot in the England U-19 setup under Mo Marley. A winter move to Millwall shows she has admirers and she has proved what she can do straight away with two goals on her debut in the FA Cup.

While already a household name to regular watchers of Manchester City, Walsh is another who is a constant part of Mo Marley’s U-19 team at international level and has solidified her place in City’s starting XI — proving she has the talent at a young age. Injuries hampered some of her progress in 2015 but she’s sure to play a huge part in Man City’s — and England’s — future.

Like several players at top WSL 1 clubs this winter, Dear has made the leap into WSL 2 to pursue regular football. Leaving behind the champions can’t be easy but Dear has found a great new home at Everton under Andy Spence. The talented defender will link up with Georgia Brougham, another player who left a top WSL 1 club, and the England youth international has all the talent to aid Everton’s promotion push.

While Peplow recently turned 18 — and signed her first professional deal soon after — she could be tipped to play a big part in Birmingham’s season. With plenty of departures and not many signings, David Parker has put the emphasis on youth this season and Peplow is one of the brightest young talents around. She’s also got two great mentors in England internationals Jade Moore and Jo Potter.

Liverpool born and bred, the 20-year-old has made herself a permanent member of Liverpool’s first-team squad and was part of an 18-strong group that traveled to South Africa in preseason. Able to play in a number of positions, Hodson will be an important part of Scott Rogers’ first squad and is one of a number of young talents coming through at Liverpool, alongside the likes of Katie Zelem and Martha Harris.

It’s a testament to the striker’s talent that at times she was able to break into a Chelsea attack consisting of Ji, Aluko, Kirby, and Davison last season, scoring twice in just six games. Joining Bristol City Women on loan at the turn of the new year will be a great experience for a player who needs games. Farrow proved her talent against her parent side in a friendly on Sunday with a superb goal in front of Emma Hayes. If Bristol is to be promoted back to WSL 1 this season, Farrow will play a huge part in any success.

It was no surprise to see Pedro Losa bring in another talented, young winger once Chioma Ubogagu returned to the United States at the end of last year, and Katie McCabe is that player. The 20-year-old is already a regular in the Republic of Ireland national team and has made her mark during preseason with her new club. No club has a better reputation for blooding young players so McCabe could well have a great opening season in England.

Striker Sweetman-Kirk isn’t as young as some of the players looking to make their marks this season, but many are interested to see how she’ll do after a breakthrough season with Doncaster in 2015. The 25-year-old was top scorer in WSL 2 and played a huge part in the Belles returning to WSL 1. Alongside Natasha Dowie, she has an experienced head to learn from but it would be a surprise to no one if she outscored the England international this season.

A few people were shocked when Nick Cushing decided to release Flint from Manchester City at the end of last season. Although the attacker wasn’t a regular starter, she’s a player capable of making an impact and has already scored some incredible goals against the best teams in the league. Either way, any loss for City is Notts County’s gain and Rick Passmoor has picked up a great free transfer. If Flint can get her head down, she can be one of the stars of the season.

Perhaps Humphrey went under the radar last season due to the emergence of Leah Williamson, but the attacker is no less talented than her close friend. It was a testament to her improvement that Casey Stoney, Emma Byrne, and Pedro Losa all had plenty of praise for her and she signed a new long-term deal at Arsenal last year. A loan move to Doncaster should do wonders for her as she searches for consistency in her game. Humphrey is the definitive one to watch in 2016.