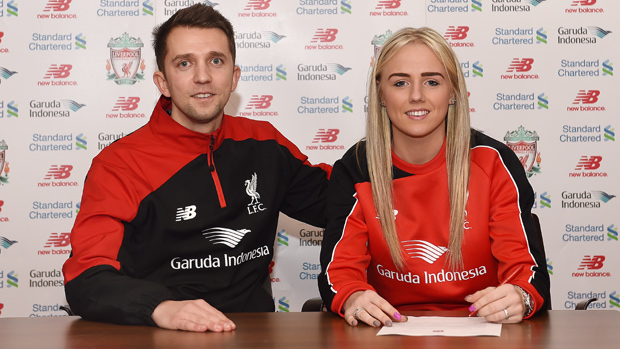 Photo courtesy of The FA

You can’t please every fan in football, but as someone who has dedicated almost five years of his career to promoting and writing about women’s football, God knows I try to.

Working in the women’s game is incredibly rewarding because despite its increasing popularity and reputation, access to the players, coaches, and other journalists is fairly easy — you just have to ensure they trust you. It’s still a very small circle of people and while it would be nice to think one day it will get national coverage, there’s a part of me that likes the way it is. It has a family feel to it; players get on with journalists and vice versa.

But knowing too much isn’t always the best thing in the world. A former lecturer of mine once told me it’s “better to know more than you can write.” Well, with the rise of social media that’s not always the case. You have one set of supporters who don’t respond well to journalists breaking transfer news on Twitter because they feel it should be left to the clubs. In this I agree; in breaking news you always run the risk of losing four or five of your best sources. (And for what? A few retweets?!) But then you have those who feel teasing information is simply showing off. From my point of view, it’s giving fans something to look forward to.

Take the Alex Greenwood deal — that was big — maybe the biggest of the transfer window so far given her potential and the fact it was a surprise to most. Not her departure, but her new club. Many fans thought she was heading to Arsenal. Thanks to a couple of very good sources close to the deal, I knew what was going on, but tweeting about it would have lost me those people forever and to me, wasn‘t worth it. I teased what was going on and said there would be a big transfer announcement soon, and got a bit of abuse by a few people who thought I was being a smart a**e.

It’s still the same now; teams are still trying to do business with the transfer window shutting in a couple of weeks. One of my best sources told me last Monday that a big deal was done, the player was at the club’s training ground, and it was done and dusted. I then tweeted this to give people something to look forward to. The perils of journalism became clear on the Wednesday following when that deal fell through at the last minute; the selling club just didn’t want to sell. Albeit players don’t hide their feelings too much — anyone who follows certain players on Twitter would have been able to guess which player(s) were involved

The buying club has other targets — every club has Plan Bs and Cs, that’s normal. Fortunately, it’s a player I know quite well and she lets me know what’s going on, but it‘s a game of cat and mouse. Her club HAS to sell her and can’t afford to keep her. The buying club has made an offer but it’s not what the selling club wants. The buying club knows eventually they’ll cave but the selling club is hoping they’ll pay up before that day comes. It’s not entirely fair on the player but it happens everywhere — transfers can be a complex beast and it makes life very difficult for people like me!

That’s why it’s simply impossible to tweet names and clubs where transfers are regarded. One, it’s unfair on the clubs which should be the first to announce it. Two, you can end up looking like an idiot.

Deals are going on all over the place, many of which I and other writers won’t have a clue about. And that’s part of the fun of it. If you can get the story nobody else has, great. The frustrating part is you might have nowhere to go with it so you just have to keep quiet!