USWNT Gets Illustrated for espnW’s Impact 25 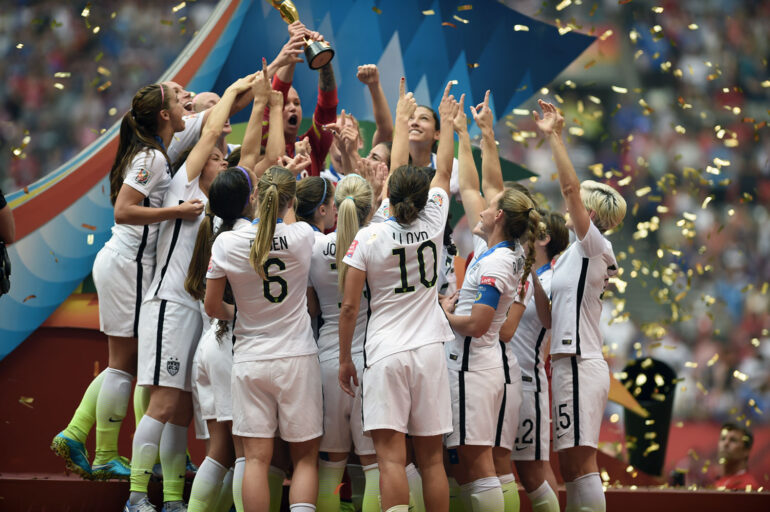 The U.S. Women’s National Team (USWNT) is one of espnW’s 2015 Impact25 honorees. Impact25 honors the 25 women athletes or influencers who made the biggest contribution — impact — in sports during the year. The USWNT won its third World Cup title defeating Japan, 5-2, this summer in Canada. The final was the most watched soccer match in U.S. history.

Goran Sudzuka did the pencil and ink work while Miroslav Mrva did the color for the USWNT’s illustration.

As part of this year’s celebration, espnW teamed up with Marvel Comics to illustrate each of the honorees. Individually, U.S. midfielder Carli Lloyd, who scored the fastest hat trick in World Cup history in the final, was named to the list as well.

All together, they make up what espnW dubs the #SUPERSQUAD.