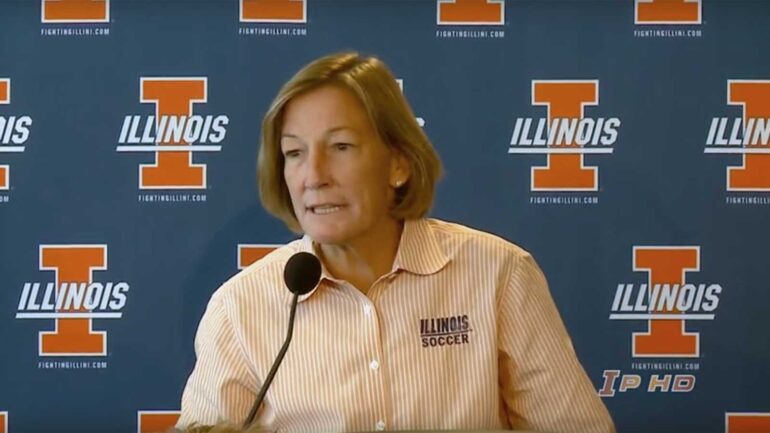 Janet Rayfield, longtime head coach at the University of Illinois, has been honored with the 2015 National Soccer Coaches Association of America (NSCAA) Women’s Soccer Award of Excellence.

“I am both humbled and honored to join the list of men and women who have been recognized by this group,” Rayfield said in a statement. “Women’s soccer has been on an unfathomable path of growth and respect, and numerous people have been are part of making that happen. To be recognized for playing a role in that path is truly special.”

Rayfield has led the Fighting Illini to the NCAA Tournament in 10 of her 13 seasons as head coach, including an Elite Eight appearance in 2004 and four Sweet 16 appearances (2004, 2006, 2008, 2013). Prior to coaching at Illinois, Rayfield coached at the University of Arkansas.

In 2012, Rayfield received the NSCAA Honor Award, the first women to receive the NSCAA’s highest accolade, for her lifelong commitment to the game.

Rayfield will be honored during the Coaches of Women’s Soccer Breakfast on Saturday, January 16 at the NSCAA Convention in Baltimore.