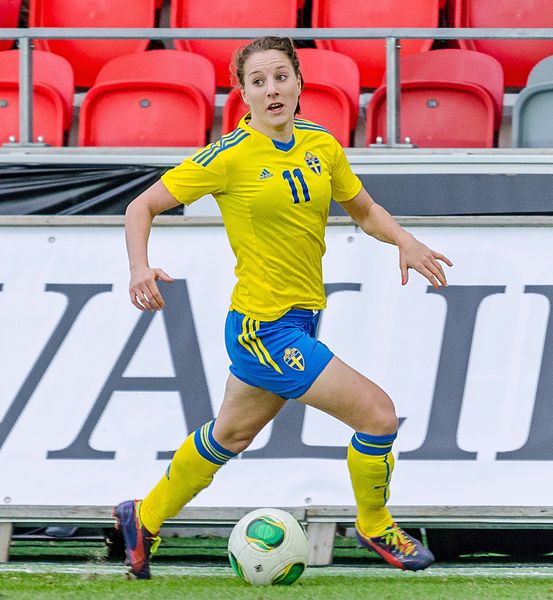 “Antonia is someone that I have been watching for a while and I think has huge potential to make an impact in this league” said general manager and head coach Laura Harvey. “She can play in a variety of positions including left back and midfield which are areas we need to strengthen for the coming season. Her versatility and technical ability are areas that I think will allow her to excel over here.”

The Stockholm native began her career at the youth level with Malmö FF before transferring to Kristianstads DFF in the Damallsvenskan, scoring five goals in 19 appearances and winning Rookie of the Year. Göransson moved to Germany’s Frauen-Bundesliga and had a stint with SV Hamburg before signing with 1. FFC Turbine Potsdam.

In 2014, Göransson returned home to Sweden and signed with Vittsjö GIK. At the international level, she represented Sweden at the 2011 FIFA Women’s World Cup, 2012 London Olympics, and the 2013 UEFA Women’s Championship.

“I am very happy to play for Seattle Reign next season. They are an extremely good team with great players in a professional surrounding, where I am looking forward to taking the next step in my development,” said Göransson of her signing. “To play in the NWSL will be a new thrilling challenge for me.”