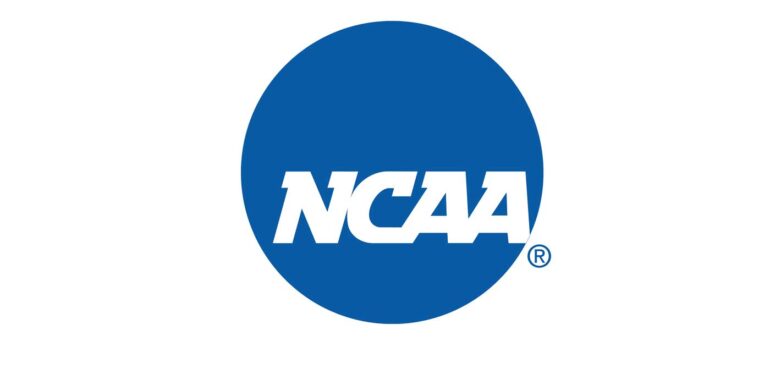 It was a meeting of OGM Top 25 teams as the Fighting Irish traveled to Charlottesville and faced an unbeaten Virginia side. But it was the Irish, who lost to Clemson a week ago, that walked away with all three points backed by a two-goal performance from Anna Maria Gilbertson, with her second goal coming in the 104th minute to stun the host Cavaliers. Notre Dame had to withstand pressure throughout the second half but conceded an equalizer in the final five minutes of the match before going into overtime. It’s a rare occurrence to see Virginia lose a match at home as the Cavaliers were riding a 38-match winning streak at Klöckner Stadium with their last loss coming on November 18, 2012, against Duke in the NCAA Tournament.

Georgia 2-1 Texas A&M
It hasn’t been a cheerful season in Athens this season as Georgia came into Sunday’s matchup against the defending SEC champions with a 1-7-1 record. But all the Bulldogs needed was a little “Lights, Camera, Action” to motivated them. Both Georgia goals came off of corner kicks. It was the first time Georgia defeated a NSCAA Top 5 ranked team since 2009 when the Bulldogs defeated South Carolina. The match also left Texas A&M with a rough bookend to the weekend after it dropped a 2-1 decision to nationally ranked South Carolina on Thursday evening.

UCF 2-3 UConn
The Huskies lost 1-0 to South Florida in the rematch of the 2014 American Athletic Conference final and traveled to Orlando looking to avoid an 0-2 weekend. Things didn’t look any better for UConn when UCF took a 1-0 lead into the locker room but a back-and-forth second half saw the Huskies erase two different UCF leads and win the match 3-2. Former U. S. U-20 international Rachel Hill bagged a pair of goals, including the game-winner in the 81st minute and the Huskies will now head home to Storrs after a five-match road trip.

The eight-match, 770-minute defensive scoreless streak for Rutgers came to a halt on Thursday night as Illinois’ Allison Stucky buried home an Illini corner kick en route to a win over the Scarlet Knights. Unfortunately, giving up the first goal led to a few more over the weekend as Rutgers dropped matches to both Illinois and Northwestern and saw its name drop down the Big Ten standings as a result. Rutgers hosts Michigan State and Michigan this coming week and will need to get back to its winning ways to avoid further damage.

Virginia Tech vs. Duke
With the ACC tournament open to just four teams, this match could be important one as to begin the month of October. The Hokies are sitting one point below the top four and hold a perfect 5-0 record when playing away from Thompson Field. Duke is coming off a difficult early stretch of conference play with draws to Boston College and Florida State and a hard-fought loss to Virginia. However, Robbie Church’s team will be in desperation mode this Sunday as a loss to Virginia Tech could see the Blue Devils 10 points below the playoff line just four matches into the ACC portion of the schedule.

UCLA vs. Washington
This match is a must-win for both UCLA and Washington. A loss for UCLA means the Bruins can ill afford any more losses throughout the rest of the season if they want to make the NCAA Tournament. Washington, which slipped on the road to Arizona to start Pac-12 play last weekend, will host USC after the Bruins and if the Huskies want to throw in their names into the conference title picture, a 2-0 weekend would certainly help their case.

Junior midfielder Casie Ramsier had a weekend to remember as she scored four goals between the Tigers wins against Florida and LSU. Ramsier scored the game-winning goal in double overtime against LSU and had a hand in all three goals in the victory over Florida, including scoring the game-winner in the last 30 seconds of regulation. Auburn currently stands at 10-1-0 overall and is in second place in the SEC and Ramsier has paced the team all year with a team-leading eight goals and 18 points so far in 2015.

The Red Storm opened up Big East conference play with a 3-0 win at home against Seton Hall. And it was ever-present striker Rachel Daly leading the charge, as she scored a pair of goals on the night. That was her 13th multi-goal game and the second time in her career that the England international has scored multiple goals in three consecutive matches. Also, Daly’s second goal tied a program record for career goals scored with 40, a feat she accomplished in only two-and-a-half seasons.

Freshman Megan Connolly from Ireland has been making waves in 2015 and this past weekend was no different, as she scored a goal and assisted on three others in Florida State’s wins over Clemson and Notre Dame. Connolly scored one goal and assisted in two others in the 3-1 win at home over Clemson during the week and then set up Elin Jensen’s game-winning goal over Notre Dame on Sunday. She now is tied for the team lead in goals (4) and leads the Seminoles in assists (7), and points (15).

Rachael Caldwell will be graduating from the University of Arkansas in 2015 with a degree in Broadcast Journalism and minors in Spanish and Business Management. Rachael played soccer from when she was three until her senior year of high school, where she was the captain of her state championship winning team. Rachael looks forward to writing more for Our Game Magazine and also writes about women’s soccer on her blog, rachaelfc.wordpress.com.

JJ Duke graduated from Rider University in New Jersey with a degree in Digital Media Studies. Although his playing days may have ended back in high school, he still prides himself on being a decent shot-stopper and an all-around fanatic of the beautiful game (fervent supporter of Manchester United and the founder of a Rider supporters group, the 206 Ultras).

Ruth Moore serves Our Game Magazine as a College Editor and the magazine’s Design Editor. She holds a degree in Professional Writing from Kutztown University, freelances in communication design, and loves coffee.