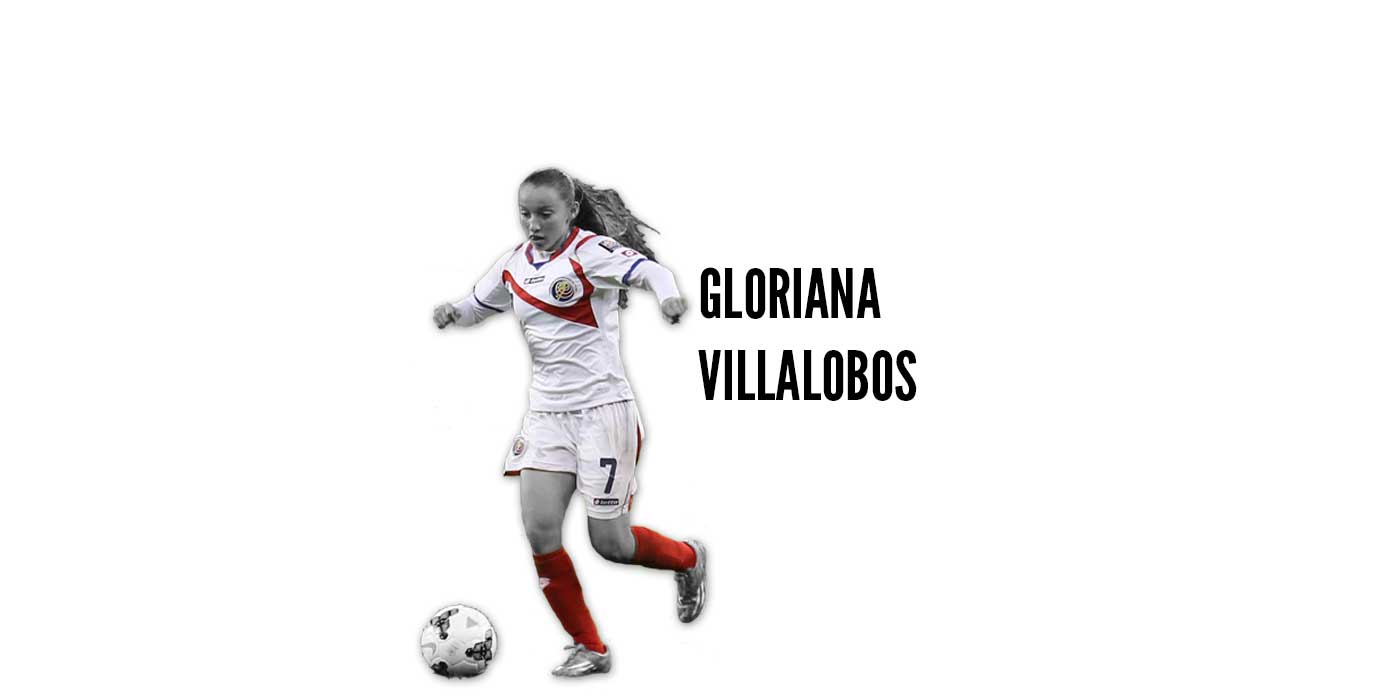 Gloriana Villalobos: On the Rise

How often do you see a 15-year-old feature for her country at U-17 and U-20 Women’s World Cups, spend time training for one of Europe’s elite club teams, and then break into the senior national team and help it qualify for the Women’s World Cup in the same year? Not often.

Gloriana Villalobos is part of a rising generation of players in Costa Rican women’s soccer. The experience the Costa Rican youth teams gained by participating in this year’s U-17 and U-20 Women’s World Cups has carried over to the senior squad via an influx of younger players who have played together for several years. The results of this building process were seen this past October at the 2014 CONCACAF Women’s Championship, where Costa Rica qualified for its first senior Women’s World Cup. The second-place finish was the country’s best finish to date.

“For the team, it was a great thing to qualify because no Costa Rican [women’s team] has gotten to the World Cup,” said Villalobos following the 2014 CONCACAF Women’s Championship match. “We made history and we are happy to make history and hopefully the future generations of Costa Rican teams will try to do the keep repeating history because of what we have done.”

Villalobos’ journey started in January of 2014 as a 14-year-old. She started all five games for Costa Rica during the CONCACAF Women’s U-20 Championship, helping the squad to a third-place finish and a spot at the 2014 FIFA U-20 Women’s World Cup in Canada. Villalobos was then named captain of the U-17 Women’s World Cup team as Costa Rica hosted its first youth World Cup in March. While the young Ticas didn’t win a match during the tournament, she started in all three group-stage matches, including the opening match that drew a tournament record crowd of 34,453 to the National Stadium in San Jose, Costa Rica.

Her soccer journey didn’t stop there.

In May, after her performances in the U-17 and U-20 tournaments, Costa Rica senior team head coach Garabet Avedissian (who also doubles as the coach for the U-20 side) added her to the roster for the UNCAF qualification tournament for the CONCACAF Women’s Championship. She featured in two matches during the tournament and scored her first senior-level goal in a 3-0 win over Nicaragua. Then, in August, she featured in all three group-stage matches for Costa Rica during the U-20 Women’s World Cup and celebrated her 15th birthday.

Villalobos accomplished all of this while starting ninth grade this past fall and playing for Saprissa, one of the top women’s clubs in the Costa Rica women’s football championship. She was also invited to train for a week during this past summer with Paris Saint-Germain of France’s Division 1 Féminine. The club boasts several international stars, including Lindsay Horan (United States), Laure Boulleau, Laura Georges, and Sabrina Delannoy (all from France), Kosovare Asllani and Caroline Seger (Sweden), and Shirley Cruz, the only player who plays professionally on Costa Rica’s national team roster. The experience of training with one of Europe’s best clubs was one that Villalobos won’t soon forget.

“I trained [with PSG] for a week and I played some games during that week as well,” she recalled. “It was very good to see the difference between playing in the games with Costa Rica and in Europe. It was a great opportunity for me to be a part of it.”

Villalobos saw action in one game during the 2014 CONCACAF Women’s Championship when she started alongside Cruz in the midfield in Costa Rica’s 6-1 win against Martinique. Although she didn’t see a lot of minutes in the tournament, Villalobos believes the experience was still very beneficial to the growth of her game.

“It’s a great experience; I learned a lot in all the tournaments and teams I’ve been with. Maybe in this tournament I didn’t play as much, but I learned more than I could anywhere else. I learned from watching [my teammates] because they were all my idols when I was a little kid, and I tried to enjoy and learn as much as I could from the experience.”

Villalobos’ game has many qualities to it that shows why Costa Rica is willing to continue to give her playing time at the upper levels. She plays a creative yet versatile game and possesses good pace, equally at home as a central midfielder playing higher up and running at back lines to force mistakes or sitting a little deeper in the midfield to help stymie counters.

As for her future, Villalobos is a player who could follow in the footsteps of Shirley Cruz and play professional soccer overseas, as well as help pave the way for more Costa Rican players to do the same. For now, though, Villalobos will continue to play in Costa Rica and believes that when the time is right, she will make that decision.

“I am going to keep playing in Costa Rica because I have to finish school. I’m still in ninth grade so I have three more years of college [high school] and after I finish college, then I will think about my future afterwards.’

Nonetheless, Villalobos is a young player on the rise and her game can only get better in the coming years. By making the most of opportunities such as playing in two youth World Cups, playing with the senior national team, and training alongside some of the best players in the world, it’s only a matter of time before Villalobos is a permanent fixture on the world stage.

“I want to keep working to have a great future,” said Villalobos. “I want to keep practicing and keep trying everything because I believe that I have a good future [in soccer], and to put everything in God’s hands so he can be the one that takes me to my future.”