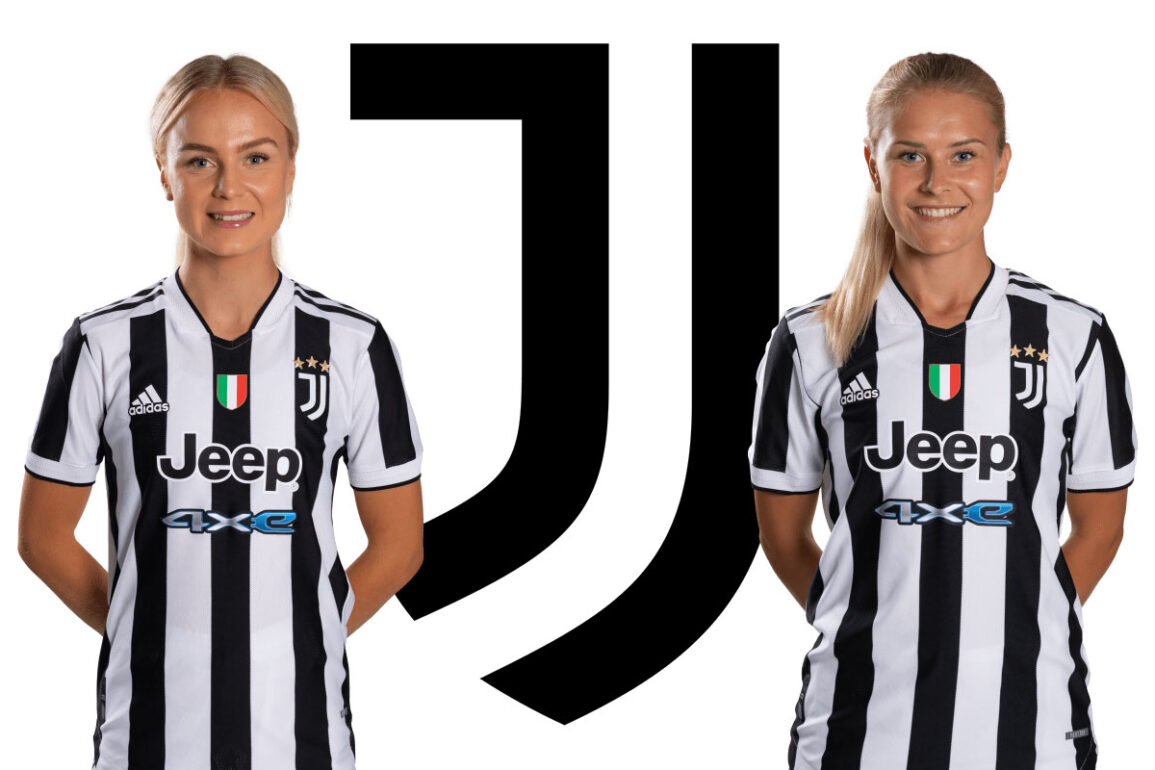 “It really is a very special club,” said Matilde Lundorf, current defender for Juventus ahead of their crunch UEFA Champions League clash with Chelsea on Wednesday night.

It’s the team who play in the famous black and white stripes the Dane is referring to as she sits inside the club’s training base alongside teammate Amanda Nilden, who joined Juventus at the start of 2021, six months after Lundorf.

Both also played for Brighton & Hove Albion during spells in the FA Women’s Super League, with Lundorf joining the Italian giants directly from the south coast of England, while Nilden had a short spell at Damallsvenskan side Eskilstuna United.

“You can feel it every day,” enthused Lundorf. “We have everything we need here in order to develop. It’s special to be a part of, the women’s team is still very new and being part of that is like a journey for us. You start at the bottom, you progress, you win titles, it’s just a very special place.”

Lundorf has six months more experience of life in Turin than Nilden, with the 23-year-old joining at the start of 2021 and already a Serie A title winner.

“It’s the same for me,” she said. “Even outside, in Turin, there’s so many Juventus fans. You walk around and you can feel it everywhere, how much Juventus means to so many people in Turin. It’s a massive club and for me now it’s so nice to be part of it.”

The women’s side of the club is fast writing its own history. While the men’s team is steeped in history of world-class footballers, European titles and those who have been lucky enough to don the famous black and white stripes, the women’s side has only existed since 2017 but has won the Serie A title in all four years of competition so far.

Led by Italian icons such as Barbara Bonansea and Cristiana Girelli, Lundorf and Nilden have been part of a tentative branch out into other areas of Europe that has seen the likes of Sofie Junge Pedersen, Lina Hurtig, and Pauline Peyraud-Magnin sign in recent seasons.

The likes of AS Roma, AC Milan, Inter Milan, and Napoli have also all become prominent in Italian women’s football in the last few years, with the women’s side of Serie A starting to mirror the men’s in terms of the big names now competing at the top end of the sport.

“That’s why it’s so fun to play here because you’re part of a journey,” said Lundorf. “There’s so much potential here that maybe people elsewhere don’t know about.

“When we play in the Champions League we get to show our level on the international stage, that exposure is so important for us. England and Germany and other countries have shown how they can play football and here we are getting there, we need just that little bit more opportunity.”

The backing of Juventus for the women’s team has quickly seen them establish themselves as not just the top side domestically but as the leaders for Italian football in Europe, with this their best Champions League campaign to date.

A breakthrough win against Wolfsburg away from home last time out has given Juventus a huge chance to progress whatever happens at Kingsmeadow tomorrow, and they even pushed last year’s runners-up close in front of thousands of their own fans at the club’s main Juventus Stadium earlier in the competition.

It means they go to Chelsea, who are coming off the back of winning the FA Cup on Sunday, with no fear; in fact it’s the opposite, they are going there with full belief they can win.

“As we did last time, we are proving we are good enough to take points against some really good teams now,” said Nilden. “Hopefully we keep playing well because we have a good chance now to show we are at that level.”

“We believe that we can do this, we just need these opportunities to show the world,” Lundorf added. “For us, this game is good for our self-confidence because it shows we can compete.

“The group stage is better for us. Last season we drew Lyon and we did well, but once you lose, you are out. Now we have more guaranteed games to show our potential and it’s much better for us.”

Nilden and Lundorf have been joined for this season by a new head coach with top level experience, with former manager Rita Guarino moving across to Inter Milan in search of a new challenge.

It’s now former Arsenal boss and FA WSL winner Joe Montemurro at the helm, and Juventus has hit the ground running under the Australian, who also has Italian heritage, with both players believing Montemurro has added key elements of the English game to the Italian style of play the team already has as its identity.

“We had Rita who was very, very good and we have good Italian players, but it was a very Italian style of football, very technical, very passionate,” said Lundorf.

Nilden expands on the point.

Both players are familiar with Montemurro having come up against him during their spells at Brighton; therefore, both are already well adapted to what a more English style of play means after their time in the FA WSL.

Not just on the pitch either, with the current growth of the women’s game in Italy mirroring what happened in England back in 2018 when there was a restructure of the league system that allowed several teams, including Brighton, to move up the divisions.

“In England it was similar,” recalled Nilden. “For me, being here a few months now I can really feel the same thing. It’s growing in the same way it did in England.”

“We have fans in the stadiums now, there are always a lot of fans,” Lundorf added. “I think the best thing about this is every team is getting better and every team is going out and buying better players and players from abroad.

“Maybe a few years ago it was easy for Juventus to win, but it’s not like that now, the level is getting higher, everyone is getting closer and that’s really helping the league.”

The club has given both players everything they need both on the pitch, with Nilden praising the faclities at training, while Lundorf says the club is actively involved in helping foreign players settle in, helping to find apartments, banks, and so on, or as the Dane puts it, “all the every day things that mean we can focus on football,” while both are also learning to speak Italian with help from the club too.

Whether in the plan or not, and both say it wasn’t, moving to Juventus and playing for one of Europe’s top sides has boosted both players on the international stage ahead of the European Championships in England next summer.

Nilden made her senior Sweden debut recently and while Lundorf is still waiting for a senior Denmark cap, she was called up to the squad last month and a debut doesn’t appear far away.

“For me, that’s a dream, to play at the Euros and all of that,” admitted Nilden before adding, “but when I took the decision [to come here] that wasn’t the reason, it’s just a bonus.

“When I heard about this beautiful club, this huge club in Italy, that’s what made me want to come here, but if that gets me closer to the national team, then great.”

“For me, it’s the same. We have our everyday life here now and the national team is a bonus. If we do great here, which is the most important thing, to develop here. It’s a dream, of course, but it’s a bonus for both of us.”