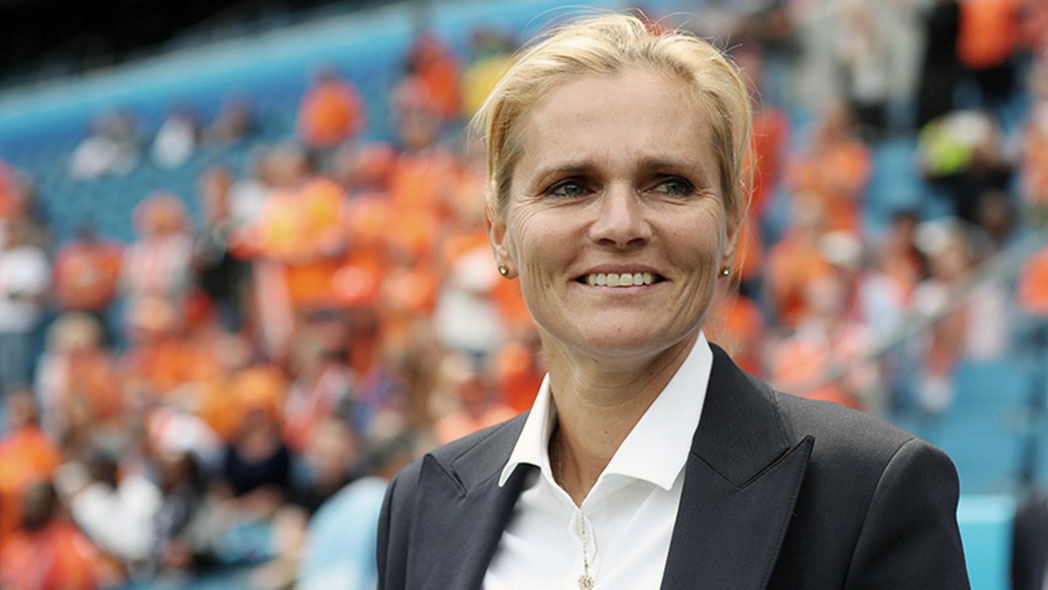 The Lionesses head into another new era this week, no sooner than it feels like former manager Phil Neville was introducing himself to the media at St. George’s Park at the start of 2018 (and being subsequently questioned over past tweets).

A World Cup semifinal and an uninspiring series of results since, Neville is now coaching Inter Miami in Major League Soccer and has been replaced by Euro 2017 winner and World Cup 2019 finalist Sarina Wiegman, who will announce her first squad since taking the job on Tuesday.

England, like most teams, but further complicated by the Team GB Olympics, is once again left with a mere nine months to prepare for a major tournament.

And it’s no ordinary major tournament, it’s their home European Championships. After that, there will be just nine months again before the 2023 World Cup in Australia and New Zealand, a schedule squeeze brought on over the course of the past COVID-19-influenced 18 months and subsequent tournament postponements.

If Not Now, When?

The strong England contingent representing Team GB in Tokyo last month had an overly familiar feel to it, and another early tournament exit has only hastened the want among supporters for a new era of talented young Lionesses to finally take center stage.

There is a time and a place, and usually any head coach would have nearly two years between tournaments to bed in new players, but Wiegman doesn’t have that time now and she doesn’t have it next year either, so it begs the question of, if not now, when?

Wiegman could conceivably wait until after 2023, but fans — rightly — won’t accept that given the talent coming through that is now ready to step into the boots of some of the more senior players coming to the end of their careers.

Any head coach, particularly a new one, relies on experienced heads and players and there’s no suggestion England and Wiegman should suddenly do away with any player past the age of 30, but there now has to be an opportunity for those who could and should make up the core of the Lionesses squad on home turf next yea, and in Oceania the summer after.

To play devil’s advocate for a moment, neither Neville or his temporary replacement Hege Riise had the most ideal of opportunities to gift match experience to said players.

Friendlies against both Germany and Norway at the back end of 2020 were both cancelled due to COVID-19 related issues, many though were involved in training camps and inter-team friendlies, but not ideal preparation to go and throw many of them into an Olympic Games.

Riise did afford such opportunities to the likes of Ella Toone, Niamh Charles, Lotte Wubben-Moy, and Sandy MacIver, while Ellie Roebuck and Lauren Hemp have now made themselves permanent members of the England squad.

Filling in the Rest

Now it’s about the rest. At the back, England and Team GB have both continued to look far too creaky and there appears to be little depth coming through in the midfield, but it’s the attack where a large chunk of the new generation houses itself.

Chloe Kelly will be missing for most of Wiegman’s first year in charge, but Wiegman will be pleased to see Alessia Russo return from injury for Manchester United.

Ironically, it may be too early for Russo to be thinking about a return to the England squad, while perhaps the biggest generational talent within the pool is also currently not in a place for a call-up.

Lauren James has been on the outside looking in since leaving United for Chelsea over the summer, a conscious decision made by head coach Emma Hayes to make sure the 19-year-old, who will leave behind her teenage years at the end of the month, is in the best place possible both physically and mentally moving forward.

So, who could realistically be looking at a call-up for Wiegman’s first games in charge against North Macedonia and Luxembourg?

With Russo and James looking unlikely, Ebony Salmon is certainly the number one on the list who could count herself unfortunate if she isn’t currently receiving some sort of communication from the FA.

The 20-year-old did fleetingly make her senior debut for the national team earlier this year, but Salmon has made a name for herself since moving to the National Women’s Soccer League with Racing Louisville FC, scoring five goals so far this season since moving in the summer.

Salmon’s movement and raw pace is almost unique compared to any other young forward in the world right now, and it’s hard to find excuses for why the striker shouldn’t be a fixture in Wiegman’s squads going forward.

More established than Salmon, 26-year-old Beth Mead will also be expectantly checking her phone no doubt after scoring two impressive goals at the Emirates Stadium on Sunday, helping Arsenal to an opening day win over champions Chelsea.

At the back, Alex Greenwood can also surely expect a call-up, while it would be a surprise to not see the likes of Wubben-Moy, and potentially even Greenwood’s club teammate Esme Morgan, a starter in Man City’s 4–0 win at Everton on Saturday.

There will also be questions over who Wiegman selects in goal. Neville and Riise both preferred an experienced head to work alongside Roebuck, MacIver and Hannah Hampton, but you can argue all three have now established themselves enough despite all being just 21 or 20 to be able to work without the need for a Carly Telford or a Karen Bardsley.

Hampton may be one in line for a recall, while 20-year-old Emily Ramsey also received a call-up earlier this year and will only be aided by getting regular first-team football in her loan spell with Birmingham City this season.

The opposition England is set to face in Wiegman’s opening months in charge also only further the fuel that this is the right time to expose these players to senior international football.

After North Macedonia, ranked 131, and Luxembourg, ranked 122, England faces Northern Ireland and Latvia in October, followed by Latvia again in November after a clash with Austria.

Mixed in with what will surely be some more competitive friendlies in early 2022 to fully prepare for the European Championships, any new players into the squad will get some easier games on paper to find their feet before no doubt facing some tougher opponents once they’ve settled into their new surroundings.