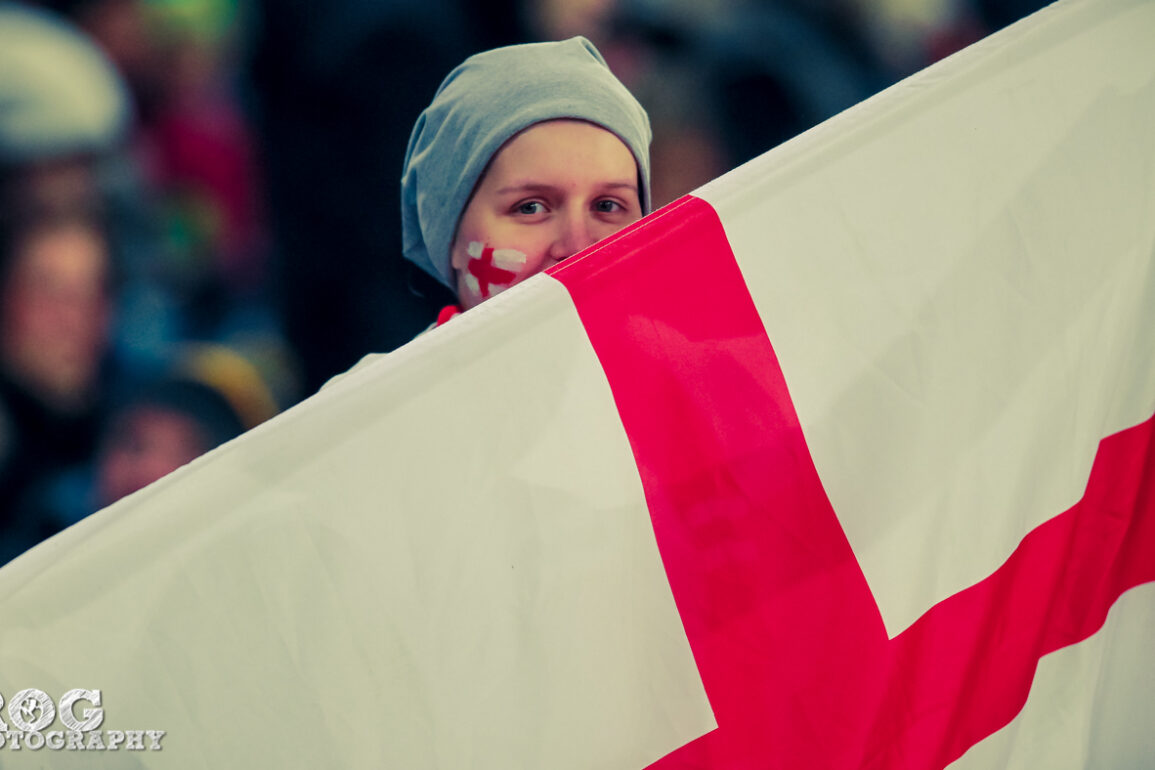 Richard Laverty·
EnglandEuros
·June 12, 2021·8 min read
Share
Linda Whitehead, who was the WFA secretary at the time, asked me if I’d do that and assist with the first team; they’d just brought Barrie in and wanted me to help out.John Bilton

The Women’s Football Association lasted until the FA decided to take back control of the sport at the start of 1993 shortly after England had failed to qualify for the European Championships held the same year.

It had been a bumpy few years since long-standing head coach Martin Reagan was sacked in 1991 after failing to reach what was the inaugural World Cup held in China, replaced by Barrie Williams who lasted less than a year.

It was left to regional coach John Bilton to steady the ship in what turned out to be the last months of the WFA, with the aim of guiding England through qualification and to the Euros to be held in Italy.

Now semi-retired and residing in his hometown of Rotherham, Bilton picks up the story of how he came to lead the England women’s team 30 years ago.

“I used to be a goalkeeper, then I was a goalkeeper coach,” Bilton, now 74, recalled. “I did a course one time in Hull for the women’s West Riding region. I got asked by a woman called Bilton actually, Flo Bilton was her name [no relation], she was a lovely lady.

“She asked me if I’d coach the regional team and I ran that for about six months and then they started running an Under-21s side for England. Linda Whitehead, who was the WFA secretary at the time, asked me if I’d do that and assist with the first team; they’d just brought Barrie in and wanted me to help out.”

Bilton worked alongside Williams throughout 1991 before Williams’ work elsewhere meant he could no longer fully commit to the England job, meaning Bilton took complete control until the WFA was disbanded.

“There was a big battle between the FA and the WFA, and when the FA took over they wanted their own people. They appointed Ted Copeland and then after that Hope Powell took over.”

Through his work as assistant — and the fact the England team at the time had “four or five,” as Bilton puts it, players from his region — he was fairly familiar with his squad before taking part in the initial qualifying phase for the Euros, drawn to face Scotland and Iceland home and away in a mini group.

“You’ll have to excuse my memory,” he chuckled, able to remember specific details of the team’s trip to Reykjavík, but struggling to remember names of some of his players, such is the length of time since he was in the job.

“I was doing a part-time degree, home learning and some weekend workshops alongside the job, similar to an open university degree,” he recalled. “The national coach’s association decided to run a degree course for people in sports who had to have the top coaching qualifications. I applied and got on that and one of the guys worked for Aston Villa, a guy called Stephen Burns, and I got him to come and be my assistant.”

Assistant in place, Bilton and Burns set off to the team’s training base at the team at Lilleshall, in the days before St. George’s Park existed.

Players such as Louise “Lou” Waller, Debbie Bampton, Marieanne Spacey, Gillian Coultard, and Karen Walker made up the base of a solid England side at the time, all called up to ensure England at least reached the playoffs for a spot in the four-team final tournament.

“The facilities we had were very good for the time,” said Bilton. “We had about four or five meetings there throughout the season, we’d train either there or at a stadium near to where we would be playing.

“Strength and conditioning was something we worked on a lot. Playing against Scandinavians and knowing we’d face a good team in the playoffs, we knew we had to be fitter, other countries were a little bit ahead of us in that respect.”

England breezed through, winning all four games, scoring nine goals and conceding just once. “The Icelandics were really good people. We played them down in Yeovil, went over there and that was an education because they were great, no problems at all.”

Things would not be so simple come the October playoffs where England was drawn to face a strong Italian side including two of the best forwards in the world: the now Serie A managers Rita Guarino (formerly Juventus) and Carolina Morace (Lazio).

The first leg, to be played in Naples in October, would hopefully give England a foothold to bring back for the second leg to be played a month later in November, but Bilton’s side had to sidestep several obstacles along the way.

“We had a couple of players who had played in Italy, they could pick up Italian,” he recalled. “They heard we wouldn’t be playing at Napoli’s ground, which we were meant to be, but a non-league stadium up the mountain outside the city.

“We raised that issue because they weren’t meant to switch the stadium, it was pre-agreed. We did complain but they just said we had to play elsewhere.”

The venue set upon was the Stadio Comunale in nearby town Solofra and it still exists to this day, but hardly of the required quality for a European Championship playoff match.

“It wasn’t the best,” he laughed. “Our goalkeeper wore contact lenses. Tracey… her surname will come to me. It had been raining, the wind was howling, and they’d put sawdust in the goal mouth. Not sand, sawdust. I told the officials our goalkeeper wore lenses and fortunately we got to them to change it, but it felt like a trick from them.

“It was a crazy day. The wind was blowing so much. There was an athletics track around the pitch and advertising boards all around. The local mayor had come to watch and one of the boards flew up and broke his nose. It was an eventful trip to say the least! What was the score? I can’t even remember.”

3–2 to Italy was the score, including two from Morace. Walker and Spacey, though, scored twice in five second-half minutes to give England a fighting chance for the second leg to be played at Millmoor in Bilton’s home town of Rotherham.

“I managed to get it on at Rotherham, which was nice,” he recalled. In his pre-match program notes — a program that cost just 70 pence — Bilton wrote the following:

Three weeks ago today and 53 minutes into the first leg of this quarter-final competition we were 3-0 down, you could imagine my coach Stephen Burns and myself felt, gutted, down and out and to use an old saying as sick as parrots. We had to keep cool, re-assess the situation, and encourage even more from the dugout in the hope that maybe we could score one away goal.

The players responded magnificently, their defending improved and they took the game to the Italians scoring through Karen Walker on 73 minutes and Marieanne Spacey with a brilliant 25-yard shot a few minutes later. A tremendous performance to say the least in scoring two precious away goals.

Now we have earned the right to go into the second leg requiring the minimum of a 1-0 win to go through. The stage is set for a very tactically intriguing second leg between two teams who have the greatest respect for each other, and a playing surface ideal for skillful football.

I have no doubt that you will deliver the fantastic support and create that special atmosphere that is so important to the team as they go out all to provide the country with a victory and a place in the last four of this competition.

Many thanks for your support.

The game, however, didn’t go anywhere near to plan, with England losing 0–3, Morace again scoring twice.

“They were the better team but we didn’t give ourselves a chance, they were a top team though the Italians.

“I always remember my missus, who isn’t really bothered about football. It was in Rotherham, our home, on TV, and she told me she only watched bits and pieces while doing her ironing in the kitchen,” he laughed.

Such is Bilton’s on-and-off memory of his players who gave him what he admits was a “good experience” and a job he was sad to give up, it feels only right to remind him of the players he picked that afternoon in Rotherham, and his memories start to come flooding back.

“Yes, Tracey, she was the goalkeeper with the contact lenses, I don’t know what she’s doing now.”

“Lou was tough, but a great player.”

“Clare was a big cricketer as well.”

“Little Sammy, she could play in midfield or at center back.”

Gail Borman. “Gail was a Donny Belles player, we had about five Belles players, I don’t know what Gail is doing now. They were just all really nice girls.”

With qualification over and no Euros to look to, Bilton’s time in charge came to an end when the FA finally took back control of the sport in 1993.

“Ted Copeland took over from me. See, memory isn’t so bad is it?!” he laughed. “It was a good experience. It tested me, working at a high level with a lot of very talented players. A lot of them were more skillful than academy players and non-league players I went on to work with.

“Their application was first-class. They were knowledgeable and I was sad to have to relinquish the job because we were getting fitter and more organized.”

Bilton went on to work for local side Doncaster Rovers before taking on his first full-time job as academy director at Leeds United.

His career took him abroad, to Singapore and to India, as well as a lengthy spell in Turkey working with UEFA, before being recruited by giants Fenerbahçe to be their academy technical director, a role he held for 18 months. Since returning home and leaving coaching behind, he works with clubs analyzing matches, using data, describing it as something “a lot of people aren’t interested in because it goes against what they’re used to, people don’t like change.”

“The last full-time job I had was a few years ago at Chesterfield with their Under-18s, but now you’re deemed as being too old.”