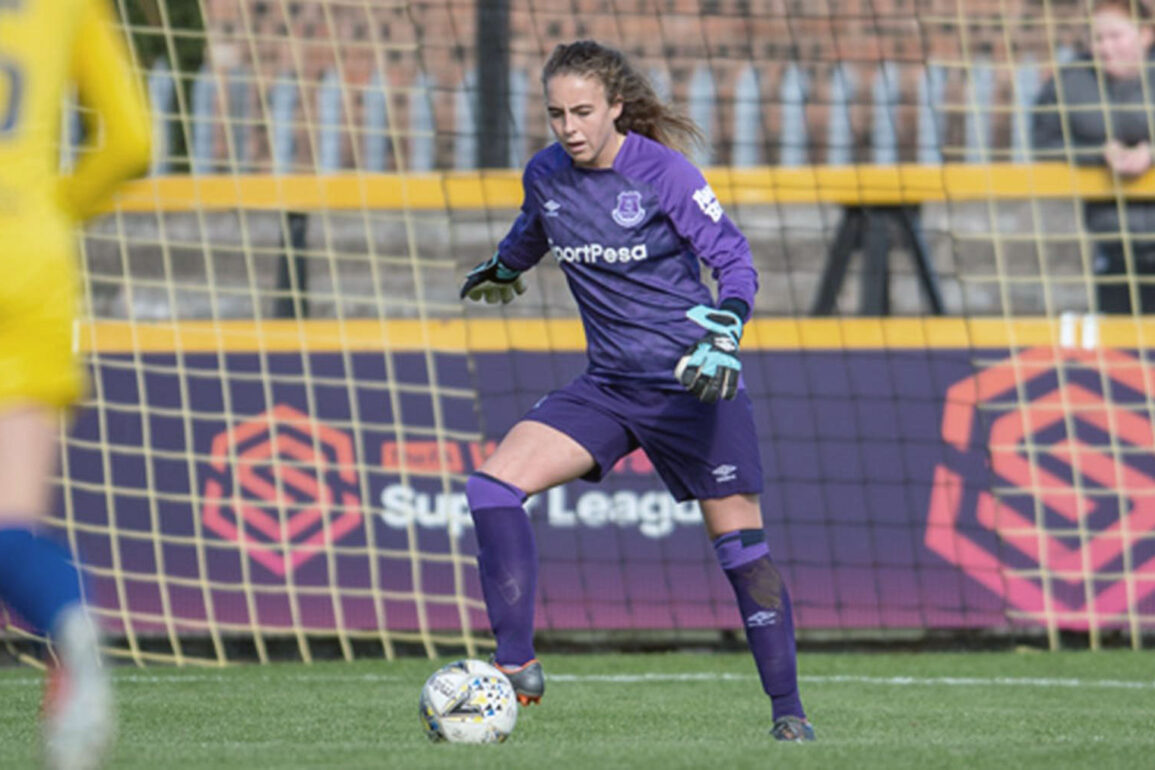 After Family Tragedy, Kirstie Levell Looks to the Future

Richard Laverty·
FA Women's Super League
·August 6, 2020·7 min read
Share
EastEnders was on the TV, I’d been sat talking to him, I went out of the room, and then it just happened. The ambulance came and we went to the hospital, but that was it.Kirstie Levell

“The first few years I found it very hard,” said Kirstie Levell. “Now it’s a bit easier to talk about it, but not easier to get over.”

The former Everton and England goalkeeper is talking about the death of her brother Dan, who died five years ago next month after a lifelong battle with illness.

Dan, six years Kirstie’s elder up to his death, was born with epilepsy which left him unable to speak or communicate for the 24 years of his life.

A year before his death, he was diagnosed with bowel cancer and on September 28, 2015, his battle came to an end after a sudden heart attack at the family home with his family around him.

Levell has never spoken about his death in an interview, admitting at the time she put it out of her mind by trying to concentrate on football as much as she could rather than sitting around the house where he passed away.

“Andy Spence [Everton manager at the time] said I could stay off for as long as I needed but, to be honest, I wanted to be back at football,” she said. “I didn’t want to be at home. It happened in the house, so for me I preferred to be at football. To me, I was the lucky one out of the two of us because I was the one who could go and play football.

“When I would go to training when I was younger he and my dad would always come and watch. He could walk; wherever I was he’d be there with dad.”

In a cruel twist of fate, the night Dan passed away was also his and Kirstie’s mum’s birthday. Just after 8 p.m., it was Levell herself who was forced to ring 911 when his heart stopped, with paramedics instructing their dad to perform CPR until an ambulance could arrive.

“That was the worst thing, it being my mum’s birthday,” she recalled. “It all happened so quick. My dad was a builder but he was also Dan’s carer. Dan going in a care home was a big no-no for us. He’d rather take the day off work and spend the day with Dan — we just tried to give him as normal a life as possible.

“It’s mad how much you can remember about the moment. EastEnders was on the TV, I’d been sat talking to him, I went out of the room, and then it just happened. The ambulance came and we went to the hospital, but that was it.”

After one tragedy, the family was dealt another cruel hand only last year, but fortunately one that ended with a happier ending.

“My dad was diagnosed with mouth cancer. Thankfully that’s sorted now, but that was a big shock. I’m a big family person, I used to just come in from training and relax with my with mum and dad. He got me into football, he’s been my goalkeeper coach, he’s the one who took me down the park and smashed the ball at me.”

Levell is still pursuing her dream, all in the name now of her brother, her family, and herself. After spending her whole professional career so far at Everton, Levell will embark on a new journey this season with her new club yet to be announced, but she’s now more determined than ever to make a career for herself.

“I used to go on England youth camps with players like Keira Walsh and Leah Williamson. Back then I’d say I was the joker. I’d go on camp and mess about but when Dan died I was like, ‘You know what, Kirstie? You need to sort yourself out and stop messing about.'”

“It was my dream and obviously that’s why I’m still playing football, but I knew I needed to grow up and in a way, it actually helped me progress my career and really take it seriously. I still have a laugh, but I’m a completely different person now.”

She goes on to add, “I think it’s just given me a kick up the bum! Before I’d just think I was doing fine but now I look at everything, I train longer and stay behind because I want to do myself proud, my family proud, but Dan proud too because I’m in his shoes now. I have a point to prove to myself having not played for so long but it’s more for my family, definitely.

“People know me but they probably don’t know this side to me. When we played Man City last season, Keira came up to me having a laugh and a joke and I’m not saying I don’t do that anymore, but I’ve got my head screwed on now, I know what I want to do with my career.”

That career so far has seen her make more than 50 appearances for Everton since her debut at just 18 in 2015, as well as regular appearances in England youth teams all the way up to Under-23 level.

While a new journey now awaits, Levell is excited about her future and is even considering an international career with Scotland, which she qualifies for through her mum.

“Leaving Everton was just about playing time,” she admitted. “I’m 23 now and still trying my best to get exposure to international football, whether that be England or Scotland. You need to be playing consistently. It’s about playing again, enjoying it again, getting into a proper match-day routine again where I know I’ll be starting or at least in the squad.”

On her potential representation of Scotland, Levell adds, “Both Willie [Kirk] and Chris [Roberts] are Scottish and they were quite helpful in terms of saying they’d set up that conversation with Shelley Kerr [Scotland head coach] if I wanted it.

“At the time I was quite focused on the league, but Scotland is a big one because my mum is Scottish. She’s pushing me that way but my dad’s telling me to hold on for England!”

Levell had the best education possible, coming into an Everton side as a teenager and training alongside then England national team goalkeeper Rachel Brown-Finnis, as well as Lizzie Durack, who would also earn several caps for the Lionesses.

“Rach had a few injuries and at one point Lizzie had to fly back to Australia and I came into the team. After that I got a contract and I’ve been competing with some top goalkeepers ever since. Lizzie, I really looked up to because she was in the England setup. Megan Walsh, Alex Brooks, Becky Flaherty, and then Tinja [Korpela], she was probably the biggest competition in terms of the player she was but I learned a lot from her.”

While Levell has often caught the eye for some of her standout reflex-saves, her international career never went any further than U-23 level, with other youngsters such as Ellie Roebuck and former Everton teammate Sandy MacIver being fast-tracked into the first team setup.

But with Scotland still a potential avenue, Levell doesn’t hold any remorse for the fact she has often been overlooked by the England national team.

“I think some international teams now are looking for the more taller goalkeepers,” she admitted. “Me and Sophie Baggaley are a bit smaller, but we’re probably better at kicking and things like that, but obviously the taller goalkeepers have more reach.

“You’re never a complete goalkeeper, there’s always something you can work on. I didn’t get too disheartened. I get a lot of support from fans and that’s nice.”

Her impressive reflexes shouldn’t be a huge surprise given she also spent parts of her childhood training in both ballet and karate, the latter of which she has a black belt in.

“I think it must have been about getting flexible for football,” she laughed. “I’d do ballet after school on a Monday and Friday. I went to karate because I had so much energy, my mum always said too much energy!

“I gave karate up because it clashed with my football sessions. I used to be coached by John Achterberg, the Liverpool goalkeeper coach now. They didn’t really let girls train but they let me trial. I was always involved with goalkeeper camps, I’ve never been an outfield player.”

Ahead of a new season and a fresh start, Levell is keen to ensure the new side of her continues to come to the fore as she continues to strive to make her family proud but also do justice to her own dreams and newfound self-determination that came after her brother’s death.

“I’m still a people’s person, I’ll get on with absolutely anybody and everybody! But now I’m someone who is self-driven, that’s my main two words to describe myself now.”