Andi Sullivan and Aubrey Bledsoe Re-Sign with the Washington Spirit 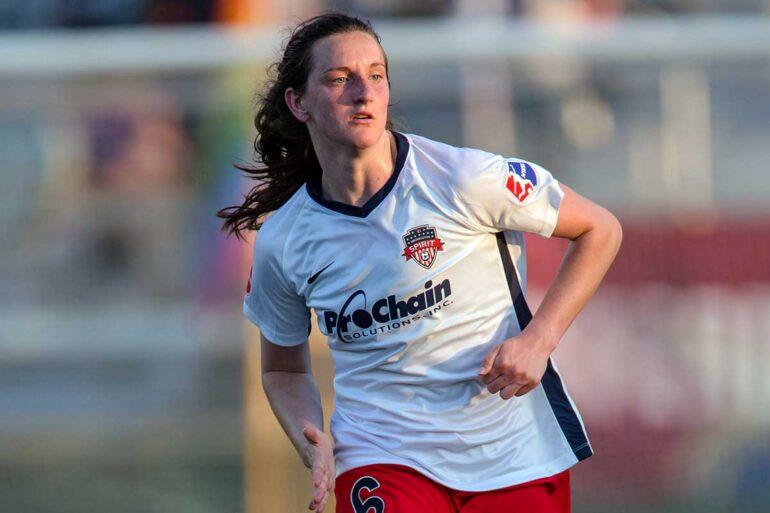 Midfielder Andi Sullivan and goalkeeper Aubrey Bledsoe have re-signed with the Washington Spirit of the National Women’s Soccer League (NWSL) for the 2020 season.

The Spirit drafted Sullivan with the first overall pick in the 2018 NWSL College Draft. Sullivan has made 46 appearances for the Spirit, chipping in two goals. The Stanford alum is a MAC Hermann Trophy winner and helped lead the Cardinal to its second national championship, scoring in a 3–2 win over UCLA. At the international level, Sullivan has represented the United States with the U-15, U-17, U-20, and U-23 teams. She earned her first senior cap in a friendly against Switzerland on October 19, 2016, and has earned 13 caps.

In 2018, the Spirit acquired Bledsoe and a first-round pick in the 2019 NWSL College Draft from the Orlando Pride in exchange for defender Shelina Zadorsky. For Washington, she has made 45 appearances, finishing the 2018 season with a regular-season record 108 saves, four clean sheets, and a career-high 10 saves in her debut for the club. In 2019, Bledsoe earned NWSL Goalkeeper of the Year honors after leading the league in saves (87) and finishing in second with nine clean sheets. She was also named to the 2019 Best XI. Bledsoe holds Wake Forest’s record for shutouts. In 2019, she earned a call-up to the USWNT but has yet to be capped.