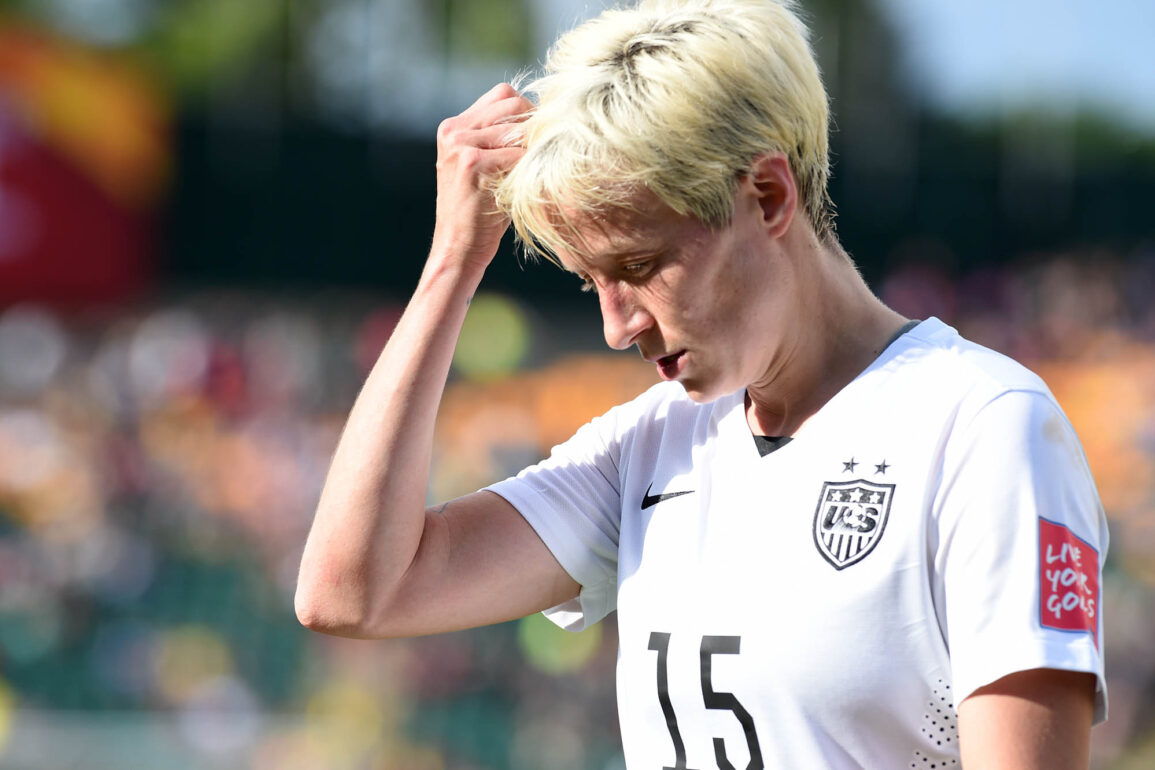 U.S. Women’s National Team winger Megan Rapinoe says women’s football doesn’t get the respect from FIFA that major tournaments do in the men’s sport ahead of Sunday’s World Cup final in Lyon.

The clash between the U.S.’s title defense against European champions Netherlands and the finals of both the CONCACAF Gold Cup and the Copa América had been well publicized for the months, and the outspoken Rapinoe, who celebrated her birthday on Friday, was her usual honest self when asked if she felt there was enough respect for the women’s tournament.

“No, of course not,” she said. “It’s terrible scheduling, don’t you guys feel disrespected? It’s a terrible idea to put all three on the same day in every way. There are two other finals going on but this is the World Cup, cancel everything day.

“I don’t know how that happened. I heard somewhere they just didn’t think about it, which is the problem. When the World Cup is set so far in advance, it’s unbelievable. We don’t feel the same level of respect that FIFA has for the men or just in general.”

Rapinoe was also asked what can be done to ensure the game keeps thriving, not just in the U.S., but everywhere, off the back of a tournament that has seen record levels of interest and TV viewing figures skyrocketing around the world.

“You don’t get to have an incredible business running it on a budget of a dollar more than last year. You have to bet on the future of the women’s game and it has proved World Cup after World Cup, year after year, that we are worthy of investment and the quality on field is there. It is always money. The teams in Europe that have invested there is the clearest correlation you could possibly have with the level of quality on the field.”

Twenty-four hours after FIFA President Gianni Infantino said he aimed to double the funding for the women’s game, it was put to Rapinoe that the gap in prize money between the men’s and women’s World Cup would actually increase once again with the men’s tournament also set to see an increase in prize money in 2022.

The prize money for the current tournament in France has doubled to $30 million from 2015 and will double again to $60 million in 2023, but the gap compared to the men’s side will actually expand by $10 million over the same time period, something that Rapinoe described as “not fair” at Saturday’s pre-match press conference.

“Double it now and use that number to double it or quadruple it for the next time,” she said. “I think that is what I mean when we talk about do we feel respected. Earlier in the year, I read FIFA doesn’t care about the women’s game. If you really care about the game in the same way, are you letting the gap grow?

“I’m not asking for $440 million for lots of different reasons. The men’s game is far more advanced financially than the women’s game, but if you are letting the gap grow and scheduling three finals… We need attention and detail and the best minds in the women’s game helping it grow. It is a very complex problem, the resources and brainpower are there, it’s all there, it’s just wanting to do it and caring enough about it to make it happen.”

She added, as a final point: “We are making a World Cup in Qatar happen, that’s how much they care about the men’s World Cup after everything that is happening there.”