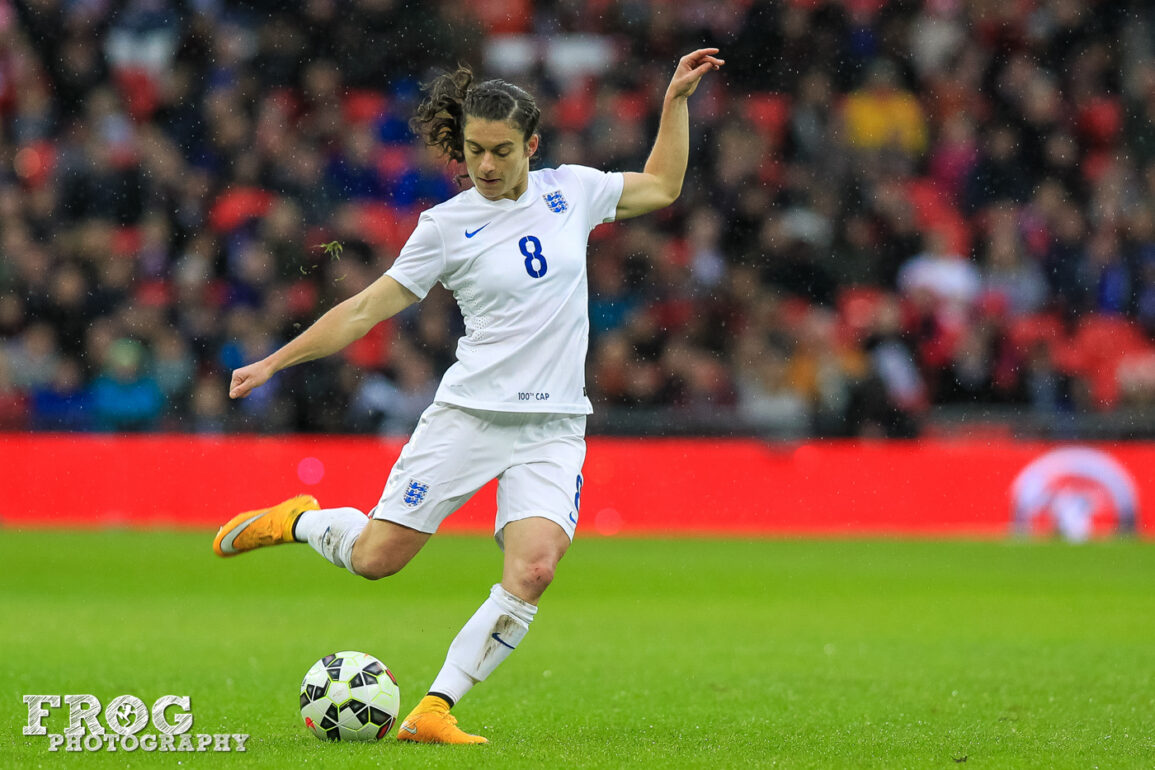 Karen Carney says she’s not bitter that some of her younger teammates are coming into the game at a time where the top of the game is constantly improving financially.

Carney, who is currently playing at her fourth World Cup, was a part-time player for many years and had to juggle work and football before joining current club Chelsea in 2016.

With eight players in the current Lionesses squad who are at their first major tournaments and bearing the fruits of Carney’s labor, and many others who went before, Carney is more than philosophical when discussing how she feels.

“I’m not [bitter] because I never had any expectations,” she said. “When I was 11, I just wanted to play for England. I didn’t know when it would happen, how it would happen. I don’t know why I had that as an 11-year-old, looking back as I am to 20 odd years ago. I picked that dream and I wanted that dream.”

She added, “Since then, I’ve traveled the world. I went to university, I never would have gone to university through football. I’ve got a degree. I’ve got a masters. I’ve met some amazing people, I’ve lived my dream. I’ve picked up so many skills that I never would have. I haven’t made a lot of money but I’m equally comfortable. I have food, clothes on my back, and my family. For me, I’ll never be bitter.”

Carney is very family-orientated. Her mum works at Sainsbury’s and her dad is a firefighter. She’s from a humble background and struggled with depression during her time at Birmingham City, something that has surely had a positive effect on her current outlook on her own career.

“One of my best experiences was when I picked up my MBE,” said Carney. “I made my family feel like princes and princesses for the day. If I get that for one day, I’m happy with that. I am who I am. We keep it real and we know who we are. I don’t need a Bentley, I don’t need a Rolex. I’ve lived my dream and I’ve got my family, and that’s all I need.”

When it was put to her that the current Chelsea midfield seems “at ease” as she enters the latter years of her career, Carney said she agreed with the assumption.

“I’m in a good spot — touch wood — and I credit a lot to my managers, Phil Neville and Emma Hayes, they’ve been amazing. I have so much respect for them. My family have helped but I have to credit my two managers for making me enjoy my football and giving me responsibility. I am very comfortable in my own skin — it’s been a long process and I’m there finally.”

Neville, in particular, has often been praised, particularly during the current World Cup, by his players for his emotional side and his empathy with the players, something which Carney can also back her teammates up on.

“Phil’s just a human being. He looks after us as humans and wants to make sure that we’re okay and football’s secondary, well it is secondary. He’s big on being a good person, staying humble, staying classy, and looking after each other. He is a person first.”

Carney is yet to start any of England’s three World Cup games despite making a more than positive impact when coming on as a substitute in the final two warm-up matches against Denmark and New Zealand.

Carney also came off the bench most recently to assist England’s second goal against Japan on Wednesday night. Players speak of Carney’s “calmness” when she comes on and the relief they feel when Carney is on the pitch, but it’s not something a very humble magician is too aware of.

“I don’t know why I bring that calmness and I’m not really aware of it,” she said. “I just come on, smile, and enjoy the moment. If that brings calmness, then great. Phil says to me in training, I’ll be in a different world and he’ll say, “You’re counting pigeons again,’ and I think that’s just who I am. I’m usually in my own little world. I see things differently. I feel things differently and that’s how I’ve always been and that’s why I’m different to everyone else.”

She added, “I’m not literally counting pigeons! I think I just like less detail. I try keep things simple. I just play. I am to play as if it was a five-a-side and I was an 11-year-old. That’s how I see it because that’s how it is. That’s why I try and tell the youngsters: You’ve played in bigger venues, like Wembley, chill, have fun. You’re playing at a World Cup, it’s your dream. Don’t fear it, embrace it.”