Argentina’s Tough Road Back to the Women’s World Cup 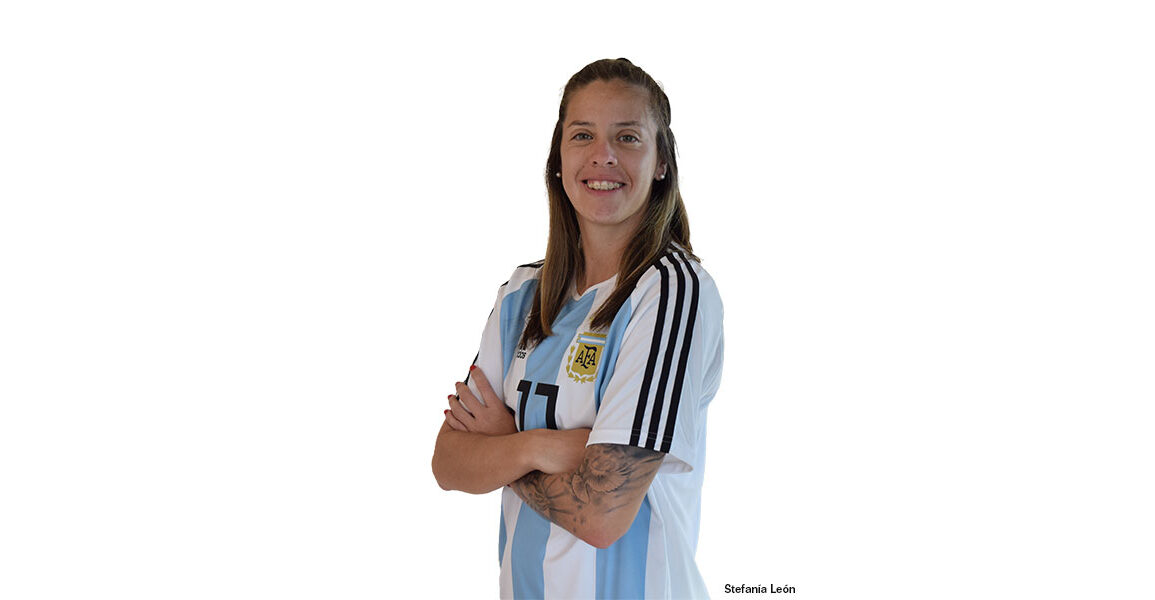 Stefanía León [CC BY-SA 4.0], via Wikimedia Commons
[dropcap]A[/dropcap]rgentina head coach Carlos Borrello talked of his side’s “rebel spirit” when discussing the journey his side have been on just to get to the Women’s World Cup.

Borrello has been in charge of the side in large spells for more than 20 years and was the head coach at both of Argentina’s previous appearances in the tournament back in 2003 and 2007, respectively.

The team was disbanded for roughly 1,000 days between 2015 and 2018 due to lack of support and funding from the Argentine Football Association (AFA), but after a successful Copa América, the team is back on the biggest stage for the first time in 12 years.

Not only that, they’re competing. Long gone are the days of losing 1–6 to last week’s opponents Japan or getting beat 0–11 by Germany, Argentina’s hard-fought point against the 2011 world champions last week will go a long way to aiding the growing support the team is getting according to both Borrello and midfielder Ruth Bravo.

“It’s the beginning of the road,” said Borrello, who is the second oldest head coach at the tournament, behind New Zealand’s Tom Sermanni. “We came to this World Cup after not getting a single point in the last two. It has changed the dynamic. It means everything as a coach, as a player, it will help get us more support.

“It’s a really important success for us, we know where we are and who we are facing, but the point has had really good repercussions for us in Argentina.”

Bravo added, “We’re making history in our country. This is the first step but we still have a long way to go and we have a lot of work to do.”

Bravo is one of eight members of the squad currently playing their football in Spain, with Lyon striker Sole Jaimes the only player not playing in either Spain or Argentina.

The 27-year-old was also part of the side that beat Panama to secure a World Cup berth last year and it’s visible to see the strain the past few years has taken on the team.

“It’s been a while since we participated in a World Cup,” she said. “The players were sad because we were suffering. We wanted some continuity, it was difficult, we entered the Copa América with hope but we were united and we began to believe we could do it.

“It wasn’t easy but it was very important for us because now we have the support of the AFA; it’s been a very beautiful path for us.”

The lack of games means Argentina is ranked 37th in the world, three places lower than the Thailand side that lost 0–13 to the United States earlier in the week.

Their well-earned point against Japan proved their ranking isn’t completely accurate based on some of the talent they hold within their squad and Borrello is now focusing on what he hopes can be a bright future for the nation’s women’s team.

“Things have been corrected,” he said. “The team has matured both on and off the pitch. The players are always correcting things and time gives more perspective and maturity in order to take decisions, especially when choosing the players. We’re a growing team taking short and steady steps but the aim is always to move forward.”

Incredibly, an agreement was signed just three months ago to give professional status to the women’s game but there are still big challenges facing the team in order to improve the standards.

The AFA gives clubs just £2,000 per month for eight players per team to earn money from playing in the domestic league, roughly ensuring those players are earning just over £250 per month each.

San Lorenzo pay all 16 of their players a wage but are currently the only side to do so, while giants such as Boca Juniors and River Plate pay their players expenses only.

But their luxury hotel on the Normandy coast is a long way from sleeping in the team bus before an away match against Uruguay and the AFA is now actively interested in hosting the next Women’s World Cup in 2023.

“I’m very grateful to the players who went before,” said Bravo. “They opened up the way for us in a way that hopefully we can now do for the next generation of players.”

The majority are still working alongside their football. Lorena Benitez gets up at 2 a.m. every morning with her partner to set up their food stall in a Buenos Aires market, a far cry from the luxuries their opponents now enjoy thanks to increasing support and professionalism of the sport in England.

The increasing support in Argentina ensured their opening game against Japan was shown in both schools and universities across the country.

Borrello’s focus is now on England and a big improvement on the 1–6 defeat the only other times the teams met in the 2007 tournament in China. Borrello isn’t dwelling on the result despite admitting Phil Neville’s team are a “great” team, but says his team will have the “passion” to take into the encounter.

“We see how England works together as a team, we had to look and make strategic decisions,” he said. “The idea is to neutralize the opponents, isn’t it? We know they play more direct than Japan so we need to look at strategy.

“We need to look at speed, our style of play, and read the game well because they’re quick. We also need to look at their weak spots. I like studying my rivals and see if we can get one over them — this is what you do with opponents.”