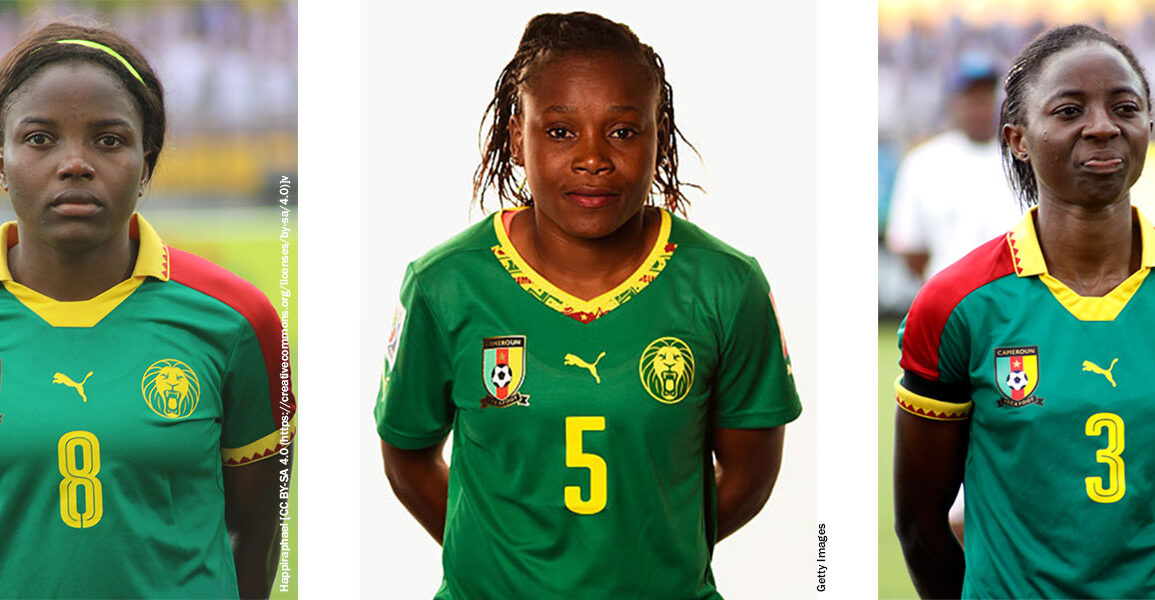 The Indomitable Lionesses will not dwell on making history.

Their accomplishment of reaching the Round of 16 in their debut FIFA World Cup four years ago will forever remain etched in the annals of Cameroon soccer.

But simply qualifying for a World Cup and not reaching the finals does little to please Cameroon these days.

Four years removed from narrowly advancing to the quarterfinals to face eventual champion United States, Cameroon is ready to prove to the world that 2015 was no fluke and to convince any naysayers who think the final team to qualify from the 2018 Africa Women Cup of Nations doesn’t belong in France in 2019.

“I think that Cameroon has to be more focused about the preparation. We think that for this coming World Cup, we have to do better than 2015,” said Augustine Ejangue, a veteran defender with more than 50 caps for her country.

It’s a sentiment echoed throughout the team, which finds itself taking the field at the 2019 FIFA World Cup in France in Group E, alongside Canada, the Netherlands, and New Zealand. Those three teams sit in the top 20 of the FIFA World Ranking. Cameroon is currently No. 46 in the world.

“We have to work harder and cannot make the same mistakes,” said Raissa Feudjio, a 23-year-old midfielder and also considered a veteran having competed for her country since the age of 16.

Ajara Nchout Njoya, a 26-year-old forward who played stateside with the Western New York Flash in the National Women’s Soccer League in 2015 and now is the leading scorer at IL Sandviken in Norway Toppserien, explained how Cameroon came out to prove itself in 2015.

“I think it was after our first game [a 6-0 win over Ecuador]. [It] pushed our opponents to pay much more attention to us,” Njoya said. “We gained self-confidence. It was a special adventure for me. I rediscovered the feeling of football. It was very different from everything that I had discovered so far.”

Following that win, Cameroon narrowly lost to eventual finalists Japan, 2-1, before beating Switzerland, 2-1, to advance to the Round of 16, where they suffered a 1-0 defeat to China PR. Quite an accomplishment for a team making its World Cup debut.

“For our first qualification in 2015, coaches and players, we gave everything to each game,” Feudjio said. “This was a happy feeling, and we were very glad to represent our country. I can say that when we won our games, I could breath and enjoy it in the moment.”

Key words: “In the moment.”

That moment is in the past. The future is now for Cameroon.

Fast forward to qualifiers for France 2019, and Cameroon couldn’t breathe as easily. The 2018 Africa Cup of Nations didn’t exactly go as planned after the Lionesses cruised through the group stage. On the other side of the bracket, perennial African powers Nigeria uncharacteristically placed second to South Africa. That set up Cameroon versus Nigeria in the semifinals.

The Lionesses lost to Nigeria on penalties, sending them to a third-place match with Mali, with the winner becoming the third and final team out of Africa to qualify for France. The loser must wait another four years.

“[It was] difficult, yes, because other participating nations are growing and becoming more competitive,” Njoya said of the tournament.

It was a tense match and tied in the 56th minute. Six minutes later, Cameroon went ahead for good and added one more for a 4-2 win, and, more importantly, a berth in the 2019 World Cup.

In the buildup to France 2019, Cameroon remained relatively quiet. After the Cup of Nations in November, the team didn’t regroup again for a friendly until April, competing in the 2019 Wuhan International Tournament in China. The four-nation competition featured Cameroon, Croatia, Russia, and hosts China.

While action on the field was sparse during that span, off the field, the Lionesses were busy appointing a new head coach. Alain Djeumfa took over for Joseph Ndoko, who guided the team through World Cup qualification and was surprisingly let go just five months before the 2019 World Cup.

No stranger to Cameroon, Djeumfa served as fitness coach prior to taking over as head coach.

“He is really professional, and with him, we work harder at the practices and games,” Feudjio said.

Njoya described the first training under Djeumfa. For her, and her teammates, it was more than getting in repetitions and going through sessions.

“Our training was tough and very competitive. We were working with a new staff who better control the women’s football, and they do everything to put us in even more competitive conditions,” she said.

She said their respect for Djeumfa runs deep and having a fresh approach heading into France will benefit the Lionesses.

“I like something new,” she said about the change between coaches. “He likes the direct style of play, and we adapt to it very well.”

Njoya said despite a significant gap between friendlies, the chemistry was never lost. The lengthy break between matches did little to affect that cohesion as Cameroon beat Croatia, 2-1, to open the tournament before narrowly losing to their new arch-rivals, China PR, 1-0, to finish second.

“When we meet for our country, we are like a family. It does not take much to weld the bonds,” she said.

And part of that quick cohesion is due to the fact that several Lionesses are competing in top-flight leagues in Europe and around the world. Njoya plays in Norway. Her Cameroon teammates, when not donning the yellow, red, and green for their nation, ply their trades for top clubs in France, Spain, and Russia.

“It is much more important for us to play in the big clubs at a high level,” she said. “There, we learn quickly. We rub shoulders with the best of the world and we adapt for high-level matches.”

The mix of veterans and younger players will prove vital to the team’s success.

“We have good cohesion. We have good, young players, and we are confident,” Ejangue said. “We trust in them and what they can bring to our team.”

Njoya added: “[As veterans]), our role also is to facilitate the work of the coach for the preparation and integration of this future generation. They are impressive, and I can say with joy that Cameroon has the next generation in women’s football.”

“We’ve known each other a long time, so we do not need a lot of time to understand each other on the field,” Feudjio said. “Young players will be [welcomed] in our team, and, yes, they will be important for the future of our team.”

That future might very well need to prove itself now. The first high-level match will arrive before they know it. The calendar is already circled for June 10 when Cameroon opens up the World Cup by facing Canada.

The Lionesses don’t need a constant reminder that they’re the underdogs here or that they need to play better than they did in the Round of 16 in 2015.

“The expectations are obvious for a team that has progressed. It is to do better than the previous edition,” Njoya said. “We come this time with the spirit of experience. Today, we know how to approach competition. Fear is no longer there, and there is no inferiority complex. After 2015, we had to participate in two editions of Africa Cup and deliver more friendly matches with competitive teams. It was a way to rectify our shortcomings of the previous edition, and I think that everything is ready today to go as far as possible in this World Cup.”

Njoya and the Lionesses know, too, that their opponents are doing their homework and won’t look past them.

“I do not think we will be a big surprise in this World Cup competition,” she said. “We know that we will be faced with competitive teams and at a high level. Our opponents are taken seriously. We have an experienced group with these high expectations. We’ve matured a lot together and have developed team spirit. We will go further than the last [World Cup], especially with such preparation that has been offered by the federation.”

Editor’s note — Thanks to Laura Blanchard for help with translation. Translated answers have been edited for clarity.

Ejangue, Feudjio, and Nchout Njoya, along with the rest of the Cameroon National Team, open up Group E play against Canada on June 10 in Montpellier.