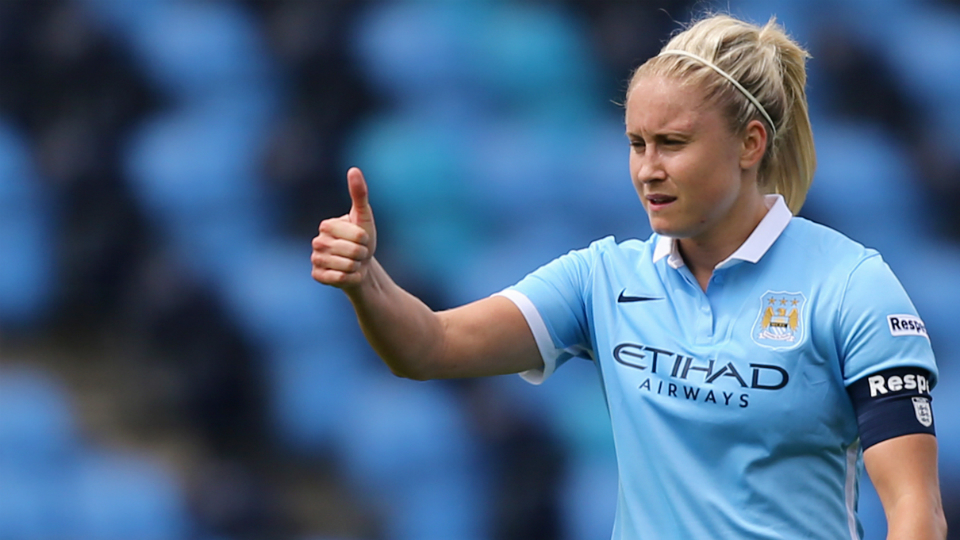 While there’s no arrogance in Houghton’s admission, the fact her side still finds themselves unbeaten domestically in all three competitions this season gives rightful reason for cautious optimism.

Add to that the fact City has put 10 goals past Matt Beard’s newly created Hammers side and it makes the 2017 FA Cup winners odds on favorites to regain the trophy from Chelsea on Saturday evening.

“I think we’ve played well this season and as long as we go through the same process as we’ve done for every other game this season I think we’ve got a great chance to come back with the trophy,” said Houghton.

“This squad of players wants to win. A lot of us came to this club to win trophies and play in FA Cup finals. We have to deliver trophies and that’s a pressure we put on ourselves every season to be competing for these trophies and hopefully bringing one back to Manchester this weekend.”

But it wasn’t to be in the FA WSL with Man City once again finishing runners-up in a close title battle, one that saw Houghton’s former club Arsenal wrap up the title with an emphatic victory at Brighton on Sunday.

Despite a clear commitment to winning whichever trophy is on offer, Houghton took a moment to congratulate her former club on their triumph but admits her side will be going to Borehamwood next week looking to complete an unbeaten domestic season.

“If you know me as a person, I want to win everything available and I take pride in not getting beat and making sure we remain unbeaten. Congratulations to Arsenal because they thoroughly deserve to win the title. We now have to make sure we go out on Saturday wanting to win and do the same again next week against them.”

For City, Saturday’s trip to Wembley will be their second after they defeated Birmingham City, 4-1, in the FA Cup final two years ago, completing a domestic treble after winning the FA WSL and Continental Cup six months earlier at the end of 2016.

While it’s still a new experience for some of City’s younger squad members and their new signings, Houghton has been there now with club, country, and Team GB at the 2012 Olympics, and along with Jill Scott and Karen Bardsley now has plenty of experience when it comes to walking out at the national stadium.

With a huge amount of big games behind her and plenty of trophies won — this weekend could be her fourth FA Cup title — Houghton admits things are a bit calmer this time around now the squad has previous Wembley experience.

“Personally, yes, a little bit calmer than I was two years ago,” she said. “A little calmer and a little bit more experienced, too, but I’m excited because we’ve got a lot of players who haven’t played at Wembley. Lauren Hemp, I don’t think, has even been to Wembley, so for us as a squad we’re excited.

“We’ve been excited to get on the training ground and these chances don’t come around often. We’ve got a massive opportunity on Saturday to first and foremost win a trophy but also enjoy the day; these days are forever etched in your memory no matter what you do.”

Man City beat this weekend’s opponents, 7–1, when they met for the first time back in 2018, but faced a much tougher proposition when they came out 3-1 winners at Rush Green at the start of 2019.

Houghton herself was on the score sheet during the 7–1 on the day of her 100th FA WSL appearance, but the captain is only looking at their last meeting and acknowledges the quality in West Ham’s squad will make for a difficult game.

“We’ve been there as an underdog in our first Continental Cup final [against Arsenal] where not many people expected us to win. I’ve been on both sides and we won’t take them for granted, I respect West Ham for the journey they’ve been on and the players they’ve got in that squad.”

As captain, Houghton had the honor of being the player to lead her side up the famous Wembley steps to lift the trophy two years ago.

For a player who has won several league titles, domestic cups, a World Cup bronze medal, represented Team GB, become an England centurion, and won a whole host of personal accolades, the history of the FA Cup ensures City’s 2017 success clearly ranks highly in her growing list of achievements.

“It’s up there,” she smiled. “That year was pretty special to win a treble, go unbeaten, lift the league here but to walk up those stairs, it’s pretty historic. It was a special day for us, the staff, the club, and also for our families because we spent a lot of time away from them and we’ll have them coming down this weekend, too.”