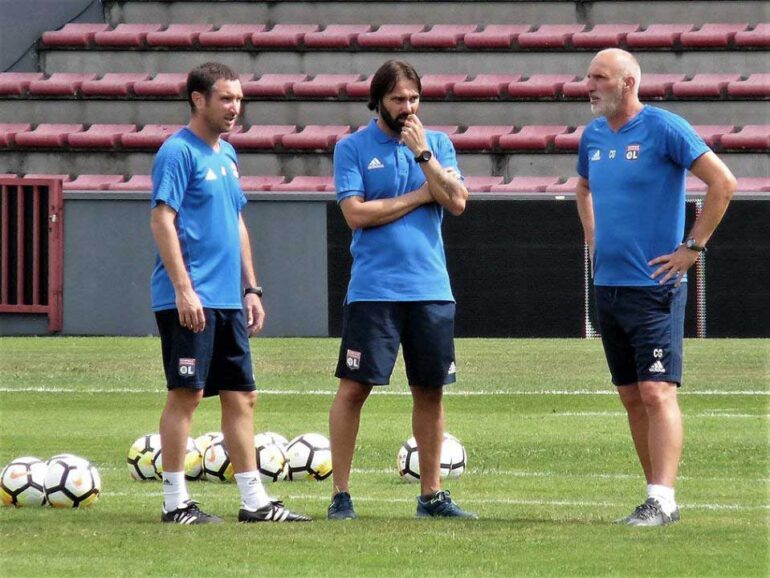 Pedros didn’t quite guide Lyon to the treble but in his first season with the club he beat rivals Paris Saint-Germain to the league title and ensured the French side won their third straight Champions League title with victory against VfL Wolfsburg in May.

“No, I did not expect to win it,” Pedros said after the awards ceremony. “It’s a prestigious ceremony, but at the same time, this trophy is important in women’s football.

“We all had a good chance of winning the trophy, those who were there had achieved something, everyone had a chance.”

Pedros had never even worked in the women’s game before he became the surprise replacement for outgoing manager Gérard Prêcheur last summer, and the Frenchman says this trophy is a reminder that the women’s game can continue reaching out to new people.

“It is through this kind of trophy that we can reach many more people. Quite simply, I’m not sure that in the room there are many great players or leaders who often watch women’s football.”

Is it changing? Pedros thinks so and he hopes his nation’s home World Cup next year can continue to grow the game around the world.

“Yes, it is changing already with channels such as Canal+ [in France] showing football,” he said. “There is also the World Cup at the end of the season. It has to change, women’s football has a big place in the football world and we have to talk about in years to come as we talk about men’s football.”

Clearly a perfectionist, Pedros admits there is still room to improve this season after his side missed out on the Coupe de France last year.

“There is better to do. It’s to get this third title because we failed on the cup. That means there are still titles to go for. It’s good because it is necessary to advance, even if winning the championship and the Champions League is a very beautiful season. I think that it will be necessary to compete for everything this year.”