Casey Stoney is Right for Manchester United and What Comes Next 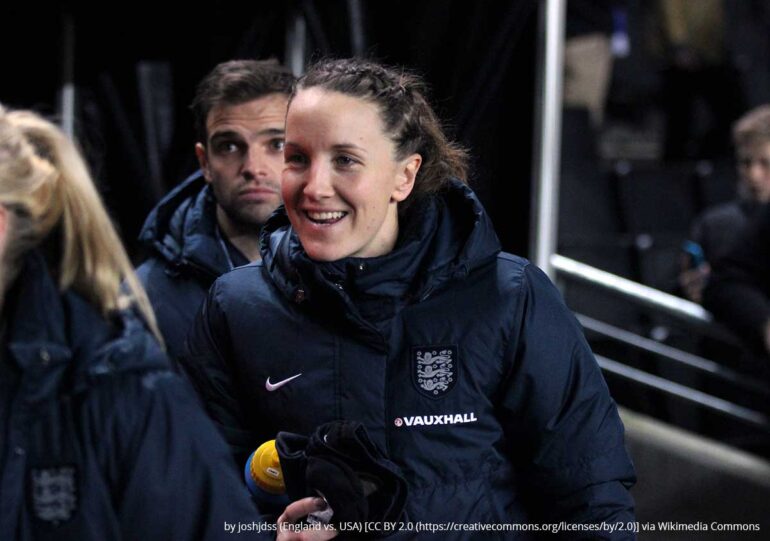 When Casey Stoney arrived for her first England camp in a non-playing role alongside Phil Neville earlier this year, there were no jokes and no banter aimed at the defender who amassed 130 caps over a 17-year international career.

It was an example of the respect Stoney had of her teammates that the strangest thing the players had to get used to was Stoney’s blue coaching kit compared to the red polo shirts donned by the players.

The 36-year-old went to seven international tournaments as a player with her nation before retiring halfway through the 2017-18 season to take up a role on Neville’s new coaching staff after the former Manchester United player replaced Mark Sampson in January.

The pair struck up an instant working relationship and Stoney sought the advice of Neville when she was offered the chance to become the first manager of a Manchester United women’s team in more than a decade.

The former defender saw off competition from hundreds of applicants including current and former FA WSL coaches, international managers, and up-and-coming coaches looking for their first big break in women’s football.

During her brief time coaching alongside Neville, she was described as “confident” and “working with authority” by some of those on the end of her coaching sessions during England camps.

Neville himself knows Stoney is a loss as the search now continues for a permanent assistant manager going into August’s crunch World Cup qualifiers.

“I understand fully why she wants to become a manager,” said the head coach. “She’s ambitious and wants to be a number one and I think she’ll be really successful. When I sat down for my interview, I said I wanted to help develop the next female coaches and I suppose Casey is the first one I’ve helped play a part in producing.

“Casey has unbelievable drive, people speak about her being a young coach but she’s been coaching for 15 years. I hope she does well, she’s away from The FA now and it’s a loss to me because of the connection to the team, but I’m happy she’s got the opportunity.”

New supporters of the game would be forgiven for thinking this is Stoney’s first management role, but she took on the role of player-manager at Chelsea Ladies nine years ago after Steve Jones resigned.

Stoney had been at the club just 18 months, was only 28-years-old at the time but guided Chelsea through to the end of the season when new West Ham United manager Matt Beard took control of the team.

The Manchester United job right now is perhaps one of the biggest in world football. Despite the club beginning life back in the women’s game in the second division, expectation and interest will be even higher than when Manchester City entered the top division back in 2014.

Yet Stoney hasn’t backed away from the challenge, she’s been forthcoming and ambitious about the club’s and her own personal plans moving forward with the job.

Part of the intrigue and mystique stems from the fact United don’t actually have a squad announced yet. Stoney has been working hard behind the scenes to put her coaching and playing staff into place. Willie Kirk (now ex-Bristol City manager) will join the staff as assistant coach.

In terms of putting a squad together, Stoney has already expressed surprise at how simple it’s been to put a squad together. Should it be? United’s budget is bigger than the majority of clubs in the division above them and the lure of full-time football, regular minutes, and a future which promises a move to the historic and soon to be redeveloped Cliff training ground for the 2019-20 season is enough to tempt plenty of players to make the drop down a tier.

Announcements should begin to filter out next week before United’s new-look squad meets up for preseason training on July 9. Players have been invited to Old Trafford in groups over the past week or two to sign contracts and make things official, including several of Stoney’s former teammates at Liverpool.

United have also made it their mission to snap up the best young talent from around the second tier, including those who first came through the United academy before being forced to move away due to the lack of first team on the red side of Manchester.

It hasn’t all been easy, United are still aiming for a couple more signings on top of the 17 already agreed, but sources tell OGM some players are “torn” about whether to take a drop down to Tier 2 or commit to a mid-table club in Tier 1 where the short-term may be rosy, but the majority of players know United’s ceiling is higher.

Whatever the squad turns out to look like, Stoney has neither built up nor played down United’s promotion chances this season and while the club may take a week or two to hit full throttle due to bedding in an entirely new squad of players, the feeling at other clubs around the league is they are all simply playing to within reach of United’s exhaust fumes.

While finances are undeniably a factor for any player hoping to make a career out of women’s football, Stoney’s respect played a big part in why the club opted for her over other candidates with more managerial experience.

Some players in Stoney’s squad this season will have barely been able to walk and talk when the former Lioness made her international debut in August 2000. If they’ve grown up admiring any kind of role model within the women’s game it’s likely Stoney would have been one of them.

Stoney is currently on holiday with her family and several of her new recruits are also still soaking up the summer sun before preseason gets underway. Since the announcement that United has won a license for the 2018-19 season, it’s been a relatively quiet summer on the surface at Old Trafford.

Next week is when the work really begins for a club that can’t afford to get it wrong.