Wolfsburg's starting lineup against Lyon in the first leg of a 2017 UEFA Women's Championship League quarterfinal.

Lyon starting lineup against Wolfsburg in the first leg of a 2017 UEFA Women's Champions League quarterfinal.

Alex Morgan (OL) before the match.

Wendie Renard (OL) gets up.

Camille Abily (OL) reacts after missing on an opportunity to score.

How do you say, "Who me?" in French? Wendie Renard (OL) receives a yellow card.

Eugénie Le Sommer (OL). She trapped and controlled this.

Almuth Schult (WOB) is unable to get to Camille Abily's free kick (OL). 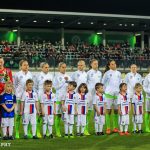 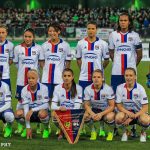 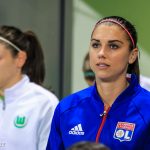 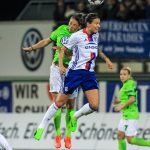 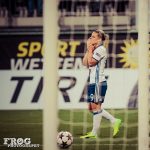 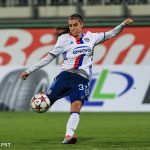 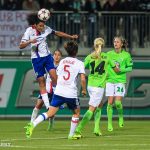 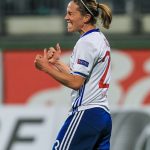 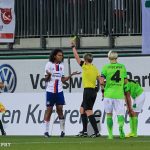 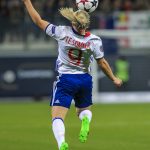 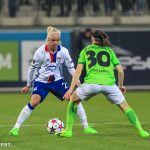 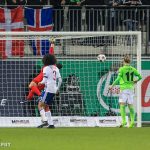 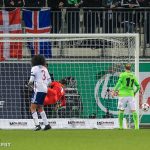 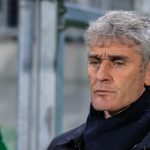 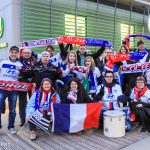 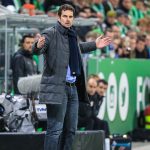 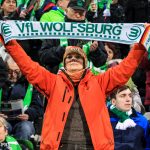 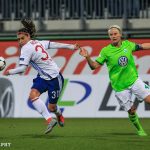 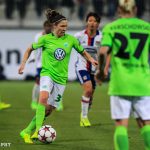 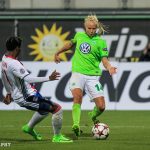 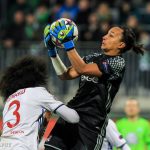 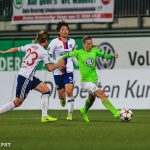 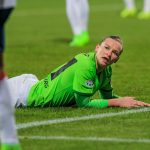 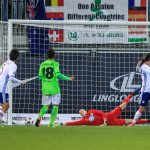 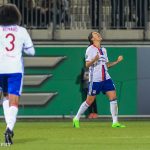 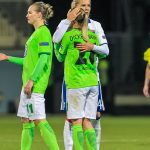 Alex Morgan started and made her Champions League debut for Lyon. Morgan hit the post in the first half but the teams went into halftime deadlocked in a scoreless draw. Camille Abily changed that in the 62nd minute by knocking home a free kick past Wolfsburg’s Almuth Schult. Dzsenifer Marozsán sealed it in the 74th minute for the visitors with a low, hard-driving shot that beat a diving Schult.

Lyon will host the return leg on March 29 at Stade de Lyon.

Caroline Charruyer holds a Master of Science degree in Marketing and Management from Dauphine University in Paris. She currently resides in northern Germany where she works in the space industry. Because of her obvious lack of talent with a soccer ball at her feet, she uses her skills as a photographer to cover as many games as possible, from the Frauen-Bundesliga to UEFA Women’s Champions League to World Cup qualifiers. You can find some of her work at www.frog-photography.com.