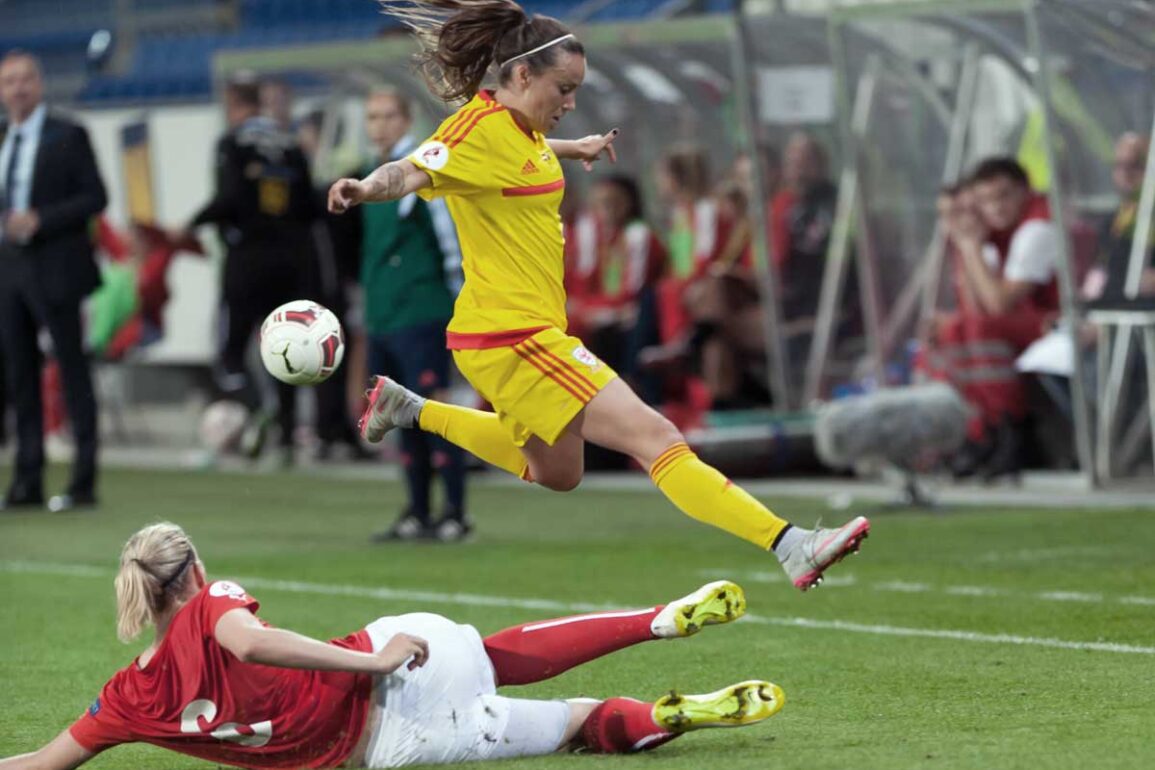 Wales’s defeat to the Republic of Ireland on Monday afternoon set up a Battle of Britain encounter against Anna Signeul’s side in the match for fifth place at this year’s Cyprus Cup and star duo Natasha Harding and Jess Fishlock are looking forward to coming up against some old friends in Paralimni, Cyprus.

Wales had got off to a good start in the tournament, taking four points and conceding no goals in their first two matches but Katie McCabe’s strike robbed them of a chance to take on North Korea in the third-place playoff.

“We’ve done okay but we were disappointed with how we played against Ireland,” said Harding. “The positive was they’re ranked higher but they low-blocked us, they sat back and we’ve never really had that before. We struggled to break them down and we just ran out of ideas unfortunately.

“We dominated possession but we would have liked to have dominated a bit more in the final third, I think people forget we haven’t got the depth of an England and it’s credit to Jayne [Ludlow, Wales head coach] for bringing in the youngsters like Amina [Vine] because she’s got great potential.

It was a sentiment echoed by Fishlock who believes facing Scotland — a team who will participate in Euro 2017 — will be a good experience for the squad, especially the youngsters who have traveled to Cyprus.

“Scotland is a really good game for us,” said the midfielder. “They’re going to the Euros and I really believe we’re not that far off them and we never have been. On the flip side, it will be good for maybe some of the younger girls to get some minutes and educate themselves against a really strong side.”

Fishlock also believes Scotland will offer a very different challenge to what they’ve experienced so far and expects they will come flying out of the blocks on Wednesday.

“I think they’ll come at us a lot more than Ireland did which might suit us a little more, it might allow us to exploit the space on the ball.”

She added: “Ireland sat off us and sat real deep which nullified our threat in behind. Scotland will probably want to thrash us to be honest!”

With Fishlock set to come up against former Seattle Reign FC teammate Kim Little, there will be plenty of reunions as Harding prepares to go against former Manchester City teammate Jennifer Beattie and current Liverpool teammate Caroline Weir.

The 27-year-old said: “It’s obviously a derby of sorts and it’s good to play someone going to the Euros. We wanted to face a team like that so this is good for us.

“I’ve been chatting to Beatts [Jennifer Beattie]; we were trying to get a coffee but we’ve been so busy so it will be nice to see her tomorrow. I’ve spoken to Caz [Caroline Weir] obviously and Kim and Jess get to play each other too so it’s a good way to end the tournament, but we need to show a bit more fight than we did against Ireland.”

Despite a disappointing display and result against Ireland in Paralimni on Monday, the Liverpool forward is overall pleased with the progress Wales have made during the tournament.

“Football-wise it’s been great in comparison to last year when we weren’t very good, Jayne’s [brought] in some new players and the right players so it’s been a good experience.”

Fishlock added: “The Cyprus Cup is great preparation to figure out where you’re at. We’re figuring out what we’re good at but also what we need to get better at and I think that really shone through against Ireland.

“But fatigue sets in during that third game. We didn’t make a lot of changes and I think we found out a good couple of things about ourselves, so in a really weird way the Ireland game was probably the best for us so far.”

For Ireland, victory over Wales and an unbeaten streak which is yet to see them concede a goal under new boss Colin Bell has set up a rare chance to face Korea DPR — currently ranked 10th in the FIFA rankings.

For attacking duo Stephanie Roche and Katie McCabe, the chance to come up against the top-ranked side in the tournament and the best in the world is the perfect way to end a successful tournament so far.

“Colin has let us know what he wants and we’ve done really well not to concede and be as strong as we have,” said Sunderland player Roche. “As an attacker, you want to get on the ball and score goals but if you don’t have a good defense we won’t get that chance because we’ll be chasing back all the time!”

Arsenal’s McCabe is still relatively new to the international scene compared to her experienced teammate, but the forward who scored Monday’s winner against Wales is looking forward to a new challenge on Wednesday.

The 21-year-old said: “I haven’t played the likes of South Korea or China, not even at youth level, so coming up against opposition like Korea DPR will be a new experience for me.

“We know they’ll be sharp, it’ll be pass, pass, pass, but we’ll go in as we have all tournament – make sure we have a solid back line and go from there.”

With footage on Korea DPR sparse outside of this year’s tournament, Roche accepts it’s a different kind of challenge and one they’ll be on top of their game for in order to come away with a positive end result.

“We’ve played against South Korea here a few years ago and watched a few little clips on Korea DPR and I think they’ll be pretty similar.

“We know we’ll have to be alert, we’ve had three pretty similar matches here but I think they’ll offer a very different challenge. Any lapse in concentration could cost us a goal so we’ll really have to be on it.”

With new manager Bell only taking a handful of training sessions before his first squad flew out to Cyprus, it makes the performances all the more impressive and McCabe suggests morale is flying high within the team.

“The gaffer’s happy, we’re all happy,” she said. “The girls have been fantastic during all three games, we’ve a lot of girls who have played a lot of minutes so we’ve had to work hard but we’ve had some good sessions with Colin and we want to take all our momentum into tomorrow.”