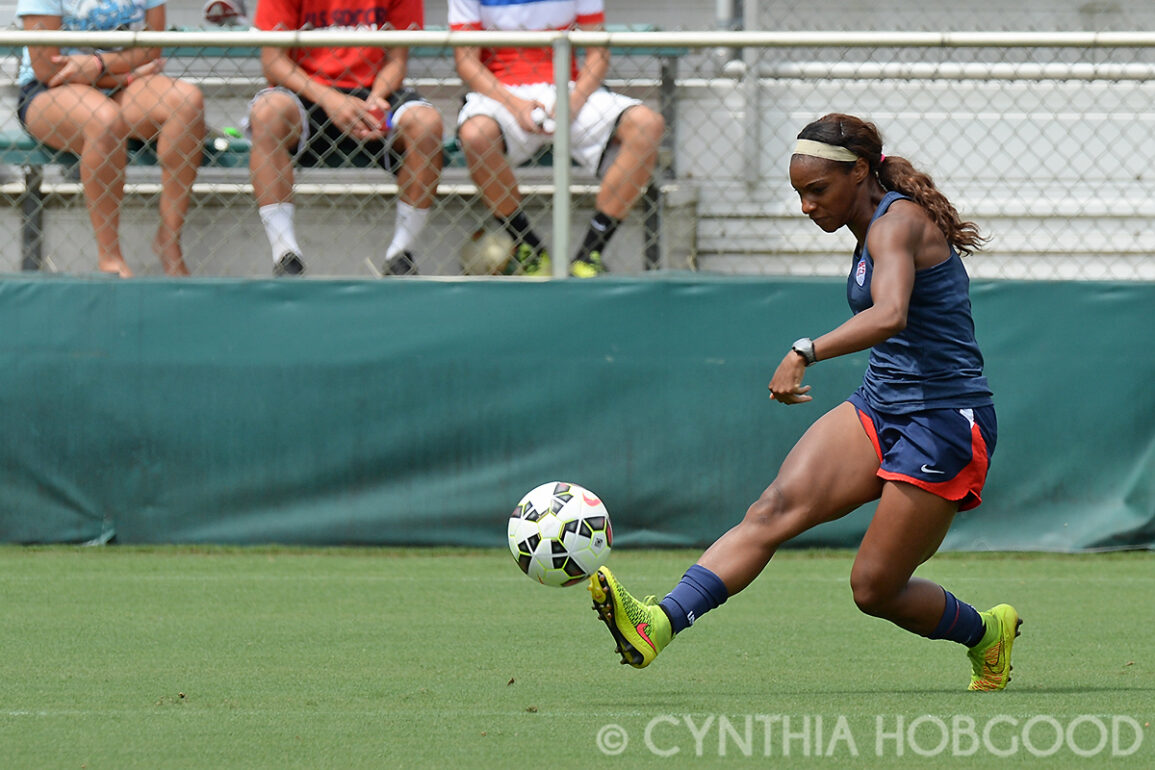 FA Dispatch: Dunn’s the Game Changer for the FA WSL

Tidbits from the England Women’s National Team, the FA Women’s Super Leagues (FA WSLs), and behind-the-scenes looks and commentary into women’s football in England, both on and off the field.

It’s been a huge winter for the FA WSL, but only one deal is a real game changer…

In 2012 I did a joint interview with U.S. Women’s National Team superstars Carli Lloyd and Amy Rodriguez but at the time I was relatively new to the women’s soccer scene and was fairly ignorant to what both had already achieved in their careers.

Indeed, both had just been part of the side that had won gold in London 2012 but perhaps my focus had been on Team GB and Steph Houghton shooting herself into the media limelight with her three goals in as many games during the group stages.

Lloyd had just turned 30 when the tournament kicked off with the midfielder scoring in a 4-2 win against France in front of 18,000 fans at Hampden Park in Glasgow but she’d struggled to gain worldwide recognition for her achievements. Often in the shadow of the great Abby Wambach, 2012 looked like it would follow a familiar pattern when the striker scored big goals in both the quarterfinals and semifinals before the midfielder took center stage at Wembley against world champions Japan.

Lloyd scored both goals as the U.S. won gold in London and four months later told me how it was her ambition to win the World Player of the Year award — in the four years since she’s won it twice! But during our interview it was Amy Rodriguez who commented that she was open to playing abroad while Lloyd was focusing on her career in America. The FA WSL was still a small child in 2012 and the chances of attracting a top U.S. superstar looked beyond slim. Oh, how things have changed.

On Wednesday afternoon, champions Manchester City announced Lloyd had joined the side for the Spring Series and will return to the National Women’s Soccer League (NWSL) Houston Dash in June. It’s a deal that makes little sense for such a long-term thinking manager but the short-term marketing possibilities are endless and the interest the deal has gained even outside the women’s football community is incredible.

But it’s not just City, Arsenal completed a deal for Heather O’Reilly after the midfielder played in a behind-closed-doors friendly before Christmas. The former FC Kansas City player has amassed an incredible 231 caps for the most successful women’s national team and it was another deal seen as a huge coup for the FA WSL.

But O’Reilly has just turned 32 and Lloyd is now 34. They’re two great players and two absolute legends of the game but two players who might have now seen their peak come and go. They’re two players looking for a new challenge abroad before retirement beckons in a couple of years’ time. Hence, it is Chelsea’s capture of Crystal Dunn that is the real game changer for women’s football in the UK. Dunn, in comparison to O’Reilly and Lloyd, is a relative rookie to her esteemed fellow England-bound teammates!

Dunn has only been on the scene since 2014 when the Washington Spirit picked her up in the NWSL Draft and the attacker hasn’t looked back since, steadily improving year after year and unlucky to be on the losing side in the NWSL Championship match at the back end of 2016. Dunn’s quality was clear to see for those of us across the pond when she left England captain Steph Houghton for dead in the SheBelieves Cup last year before unleashing an unstoppable effort past Karen Bardsley.

At 24, Dunn is approaching the peak years of her career and had no real reason to seek a new challenge elsewhere. Even with the Spirit in turmoil as key players have departed left, right, and center, Dunn could easily have walked into another side in America or followed the likes of Alex Morgan and Kadeisha Buchanan over to France with Lyon or perhaps Paris Saint-Germain.

But Dunn has chosen to spend the next 18 months with Chelsea and will be just approaching 26 when she likely returns to America in 2018. The fact a player who is a regular for the world champions chose to come to England at such a stage in her career is the deal that really shows that at least three teams in the FA WSL are ready to compete with the likes of Lyon for the title of top dog in European soccer.