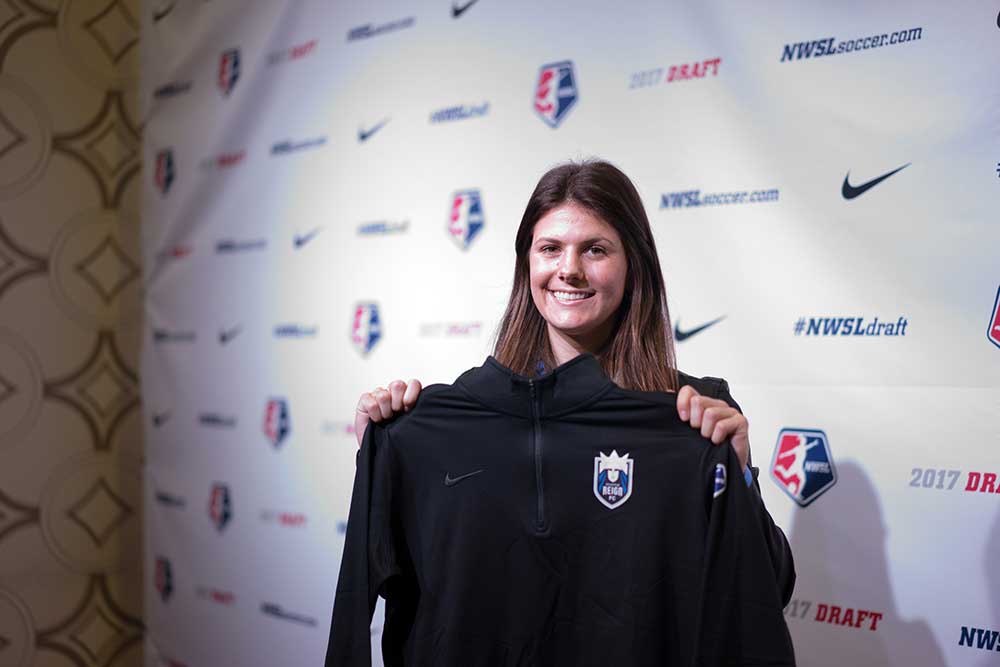 The Seattle Reign, or more specifically, head coach Laura Harvey, were quiet at the 2017 National Women’s Soccer League (NWSL) College Draft. The club, however, was able to add a nice balance of offensive and defensive prospects.

Maddie Bauer was someone I highly rated in the lead-up to the draft as the best true center back available. She is a player you can count on to put in a positive shift every time she takes the field and is very strong in the air. Having a chance to work alongside Rachel Corsie and Lauren Barnes will be massive for her development, especially in how to manage world-class strikers every week and how to be a bit more composed in building out of the back.

The same can be said for Kristen McNabb, who the Reign selected with their final pick. McNabb was a real surprise package still on the board at No. 37 and I bet head coach Laura Harvey was absolutely delighted to bring her in. McNabb is familiar with a possession-brand of soccer from her time at Virginia; Cavalier players seem to find success because of Virginia’s style of play.

Katie Johnson had a big coming out party at the College Cup last month, scoring three goals in two matches to help lead USC to a national title, and that performance boosted her up the draft board. She already showcases a deft touch, especially for a target striker, and has international experience under her belt with Mexico.

Arielle Ship has also been a consistent performer in her four years at California as an attacking midfielder and is as dynamic with her movements as they come. With Harvey liking to deploy multiple attacking midfielders in her system, Ship has a real chance to make her case in the preseason for a starting role.

Of all the foreign-born coaches in the NWSL, Harvey has grasped the concept of the NWSL Draft the best and has taken advantage of the process. She selected four quality players on the day, including giving away a first-round pick from last year to get one of these players, and all of them have realistic chances to compete for not only roster spots but starting positions come April. Each pick had it’s purpose and the Reign received value slotted at either the sixth- or seventh-selection in each round. They, along with FC Kansas City and Sky Blue FC, finish in my top three in terms of immediate winners from the draft.