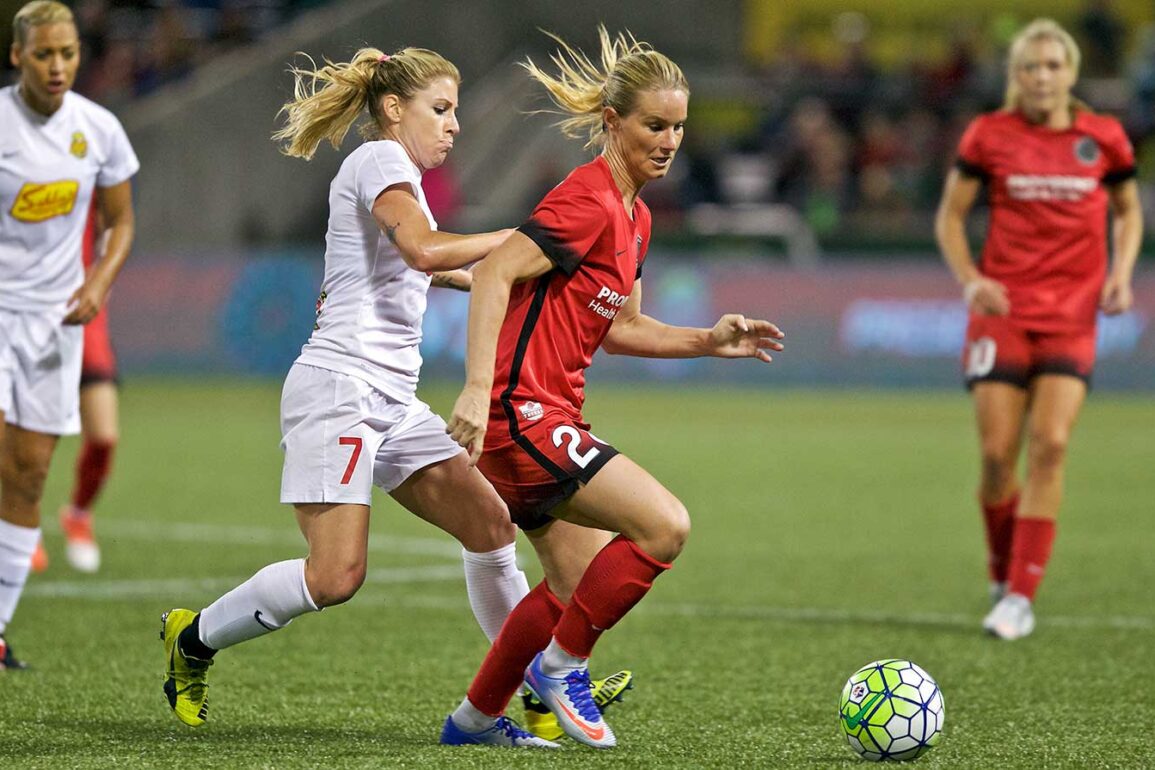 Let’s break down how each team got to this point, what the head-to head results were between the two sides, and how each team can advance to the National Women’s Soccer League (NWSL) Championship.

For all the movement in and out of the Thorns’ roster throughout this season due to the Olympics, this team has found a way to be successful this season. One of those parts was being tough to beat at home. Another was making a trade at the beginning of the season to bring forward Nadia Nadim over from Sky Blue FC. She is an energetic and emotional striker and the bigger the game, the bigger she plays. The Danish international bagged 9 goals in 20 matches and four other players (Dagný Brynjarsdóttir, Lindsey Horan, Allie Long, and Christine Sinclair) chipped in with five or more goals. And Tobin Heath was Tobin “freaking” Heath in 2016; in 14 matches she added 10 helpers along with a goal. Defense proved to be big for Mark Parsons’ team as Michelle Betos and Adrianna Franch combined to post a 0.95 GAA and seven clean sheets, stats only bettered by one team this season.

The Flash were the highest scoring team in the league, averaging an even two goals per game and have qualified for the playoffs for the first time since winning the NWSL Shield in 2013 and hosting the final, where they fell to Portland. The Flash came into 2016 billed as a fast and athletic team built from a lot of rising talented prospects and some seasoned veterans. Head coach Paul Riley has transformed this side into an attacking team that loves to use the width of the field and find the feet of their two leading goal scorers, Lynn Williams (11 goals, 5 assists) and Jessica McDonald (10 goals, 7 assists), who finished second and third, respectively, on the NWSL scoring and assists charts. The Flash have been suspect defensively on more than a few occasions after allowing 26 goals, fifth most in the league, but have seemed content with outscoring their opponents, even if that means allowing a few goals here and there. The one thing that will go against the Flash heading into the postseason is that they have failed to close matches out leading up to the playoffs. Prior to their season-ending 4-0 win at Boston, they were winless in their prior seven matches and picked up a tie in five of those seven matches.

The teams met twice this season with Portland taking both games.

Western New York Flash
Embrace the Underdog Mentality. Seriously. It would be fair to say that not many people gave the Flash much of a chance this season, including yours truly. We knew that this time would be an exciting one in a year or two…but in a year or two, not now. But Paul Riley has come in and has done a tremendous job of using the big factor for this team (speed) and exploiting it to the best of their abilities. Buoyed by the lovely stretch of the season where they won seven of nine matches played between May 7 and June 9, they have earned their right to get to this position. Now they have to play with that underdog mentality, keep scrapping away at the game and get it to a point where unlike a few weeks ago where they were chasing three goals with 20 minutes left, keep it close and strike late.

Portland Thorns FC
Control the Flanks. The Flash are quick and like to make the field as wide as possible to allow McDonald and Williams to get around the back line and in on goal. They need to control the tempo and not give the Flash much room to work with out wide. I won’t mind it so much if both teams want to come out flying and have this be a track meet, that’s fine. But Portland needs to have more possession in those wide areas and let players like Heath and Nadim go to work out wide and then find Christine Sinclair in good positions around the box.