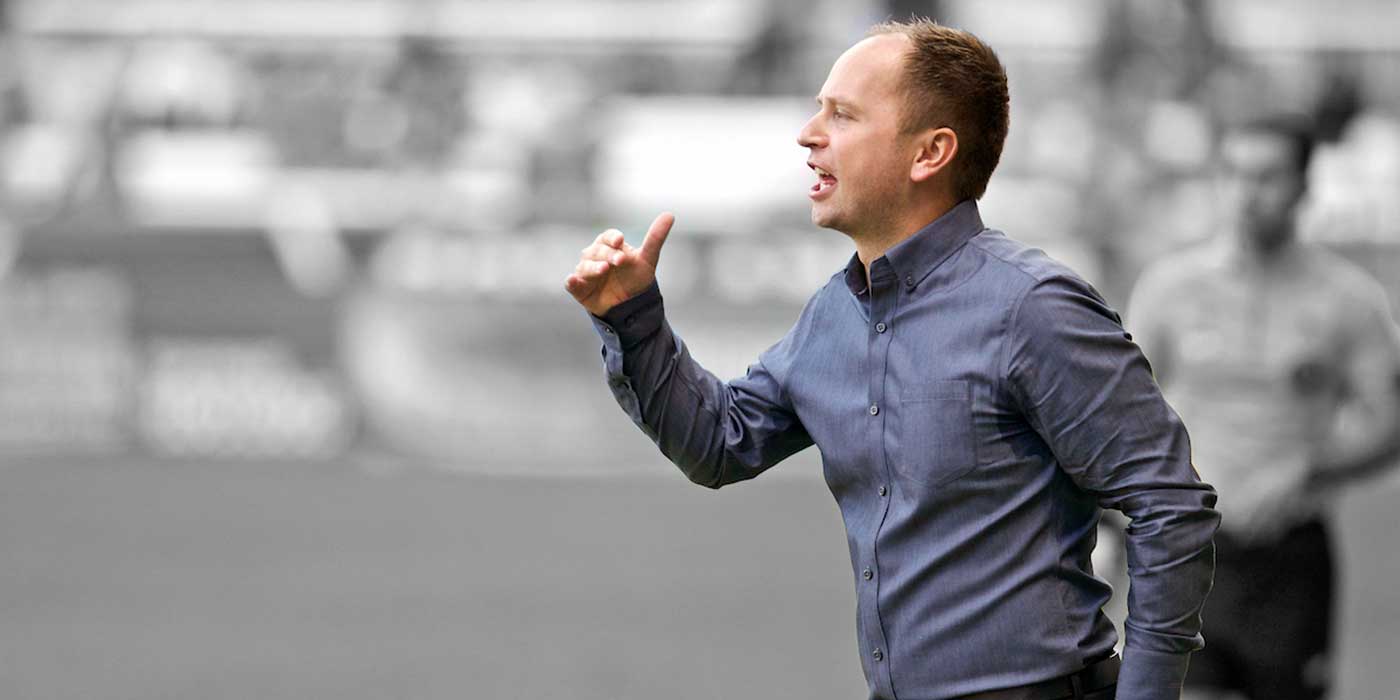 Ten Squads, Ten Stories is a series that concentrates on one team in the National Women’s Soccer League (NWSL), and highlights a player, coach, or theme. This installment features Portland Thorns FC head coach Mark Parsons and what he has done to guide the Thorns back to the NWSL championship in his first season at the helm in Portland.

What I can focus on is treating people well, being a good person, being organized, working hard, and helping the team and individual players prepare. — Mark Parsons

When you talk about Mark Parsons, two things come to mind. First, his ability to create a strong team culture within every club he works with. Second, his ability to translate that culture into on-field success and steer his NWSL sides into the playoffs. (If there was a third, it would be his strong wardrobe game on the sidelines, but that’s a story for another time.)

After winning the inaugural 2013 NWSL Championship, the Portland Thorns haven’t fully lived up to their potential. The support for the team is second to none and the Thorns have world-class facilities. But a semifinal exit in 2014 and a distant sixth-place finish last year forced the organization to look in a new direction.

That direction included finding a coach who could immediately jump in and turn the Thorns back into a winner. The organization looked to the east and settled on Parsons, who at the time was head coach of the Washington Spirit. And winner is what they got this season with Parsons as head coach after the Thorns won the 2016 NWSL Shield for the best regular-season record and will host the Western New York Flash on Sunday in a semifinal match at Providence Park.

In what Parsons calls one of the most competitive season the NWSL has had, he believes the reason for his team’s success is how quickly the players have come together and adopted a strong team-first mentality.

“The part that our group has grown the most is how much we have come together as a team,” he said. “I’ve been through this before. I’ve been through taking over a new team before and it’s not just getting the players to play a certain way on the field and getting the best out of them individually, but it’s the culture and the mentality of the group and it took three years in Washington to get to a good place.”

“And it’s happened faster here. It’s happened faster here because I think it’s how me and Gavin [Wilkinson, Thorns’ general manager] recruited and brought players in — bringing in those players with the same mindset and players that are unbelievably committed to themselves and the fan base to be the best they could be.”

Parsons made quick headlines with the Washington Spirit after taking over coaching duties at the mid-point of the 2013 season for a failing Mike Jorden. Despite finishing out the season with a 2-7-2 managerial record, the Spirit improved in their on-field performance. Washington then made playoff appearances in both 2014 and 2015 under Parsons with a combined 18-15-11 record. Along the way, the Spirit often showcased a strong brand of possession-oriented soccer.

Signing with Portland after last season presented two new elements for Parsons. The Thorns are part of the Portland Timbers, a Major League Soccer team, and with that Parsons came into a team with more resources than he had at Washington. In addition to those resources, the Thorns play in one of the strongest soccer hotbeds in the United States. So you might think these two factors alone might require some time to get accustomed to. The transition for Parsons, however, was a very easy one to make because of the organization’s support.

“It’s because of the amazing people in the organization that wanted it to be easy,” Parsons said. “And the most important thing is to have the players and people around you having that winning mentality and be around good people as well. And I think we’ve built that very quickly here.”

Once that was done, it was about Parsons getting the team to buy into his system and putting out a product the fans could be proud of. One thing that has been an issue for the Thorns since day one was finding a way to consistently win at home. While boasting some of the best attendance numbers in soccer, they haven’t dominated teams at home despite tremendous rosters year in and year out to go with that massive support.

Between the 2013–2015 seasons, the Thorns were 17-10-6 (a .515 winning percentage) while playing at home and had never hosted a playoff game at Providence Park. Under Parson’s reign, the Thorns are 8-1-1 when playing in front of their fans. He said that getting results at home wasn’t one of his goals coming into the season, rather it was getting the team and staff to take care of the things they can control so the results would follow.

“I think there is a big advantage in playing at home as opposed to playing on the road. Playing away from home takes a big toll on you. Looking at us here, we’ve never talked about our home record or anything like that because we’ve always talked about the details and taking care of those things to get the result that we need to get. When we are at home, we should be good if we pay attention to those details, take care of the process, and set yourself up in the best way possible to perform.”

Not (Too) Much Pressure

Whether it was the draw of the Thorns’ star-laden roster when the Thorns came into the NWSL or the massive home crowds or winning the championship in the league’s opening year, Portland has built itself up as the league’s “flagship” organization. But with all the resources they have, not winning title in 2014 or qualifying for the playoffs in 2015 was sure to add some pressure on Parsons to turn the club around quickly. But pressure was the last thing he wanted his players to feel. The pressure Parsons puts on himself, though, is a different story.

“I always try remove stress and not put any additional stress on the players. It’s never impacted me,” Parsons explained. “I’ve never spent any time thinking or worrying about things that I can’t control. I can’t control expectations, what people say good or bad about us, and what others perceive as pressure. But what I can focus on is treating people well, being a good person, being organized, working hard, and helping the team and individual players prepare.”

As the Thorns enter the postseason, they find themselves just two matches away from doing what every team sets out to do when preseason training camps began in March: hoisting the championship trophy. To do that, they will have to navigate through a tough home match against the Western New York Flash on Sunday, a team they beat 3-2 a few weeks ago at home in a match that saw the Flash cut it to a one-goal deficit late in the match.

[dropcap]S[/dropcap]hould the Thorns win on Sunday, they will face Washington in the final on October 9. For Parsons, it would be another emotionally draining match for him, just as it was when he faced his old club twice this season, taking maximum points in one match and a point in the other.

While it would be a great opportunity to go up against the Spirit one more time and set up another subplot surrounding the final, that is the least of Parsons’ concern at the moment. His mindset is simple: Stay the course and continue to do prepare his team the only way he knows how for their upcoming semifinal.

“With playing Washington, again, there are things that I can and cannot control. Sure, are there certain things that I know about the Washington team that could help us? Yes. That helps in preparation but I cannot let anything that we cannot control stop us from preparing and getting organized for Sunday.”