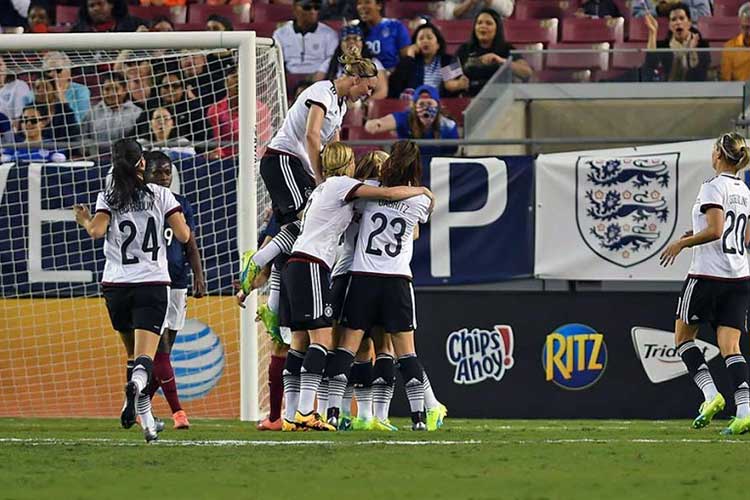 Germany is headed into the gold-medal match of the Rio 2016 Olympics after defeating Canada, 2-0, in Belo Horizonte on Tuesday. Canada will play Brazil for the bronze medal after Sweden defeated the hosts in penalties earlier in the day. Germany has positioned itself to win its first Olympic gold medal in women’s soccer; the three-time medalists have previously never gone home with anything but bronze (2000,2004,2008).

Discipline. It was the word of the day as Sweden remained disciplined in their game plan to advance to the final match. And in this one it was a lack thereof that set the tone. In the the 19th minute Kadeisha Buchanan brought down Alexandra Popp in the box on a reckless challenge. Melanie Behringer stepped to the spot and put Germany up, 1-0.

Just before the referee blew the halftime whistle, Buchanan almost redeemed herself were it not for a goal line clearance off the head of Tabea Kemme. Buchanan got on the end of a Janine Beckie corner at the back post and headed it to the far post but Kemme was there to clear the danger.

In the second half, Canada pressed for the equalizer  but in doing so saw the lead doubled after a strong counter attack that started with Melanie Leupolz playing the ball centrally to Anja Mittag, who turned with the ball to create space for herself, and passed it off to Sara Däbritz filling the left-hand channel. Däbritz was given too much space from Canada’s back line and coolly cut in with the ball from her left to right foot and fired a driven ball near post that beat Stephanie Labbé.

Second-half substitute Diana Matheson almost brought one back in the latter stages of the match but Almuth Schult was there to deny her.

Germany held off a Canadian offensive at the end of the match that came too late to advance to the final where they will meet Sweden, who were winners over Brazil in the earlier semifinal.

Germany, already without Simone Laudehr, has another injury concern with Dzsenifer Marozsán, who was subbed off in halftime when they face Sweden on Friday in Rio de Janeiro.

For Canada, they will play for the bronze medal against Brazil on Friday in São Paulo. For Canada, it’s a chance to win a second consecutive bronze medal after defeating France, 1-0, in the London 2012 Olympics.