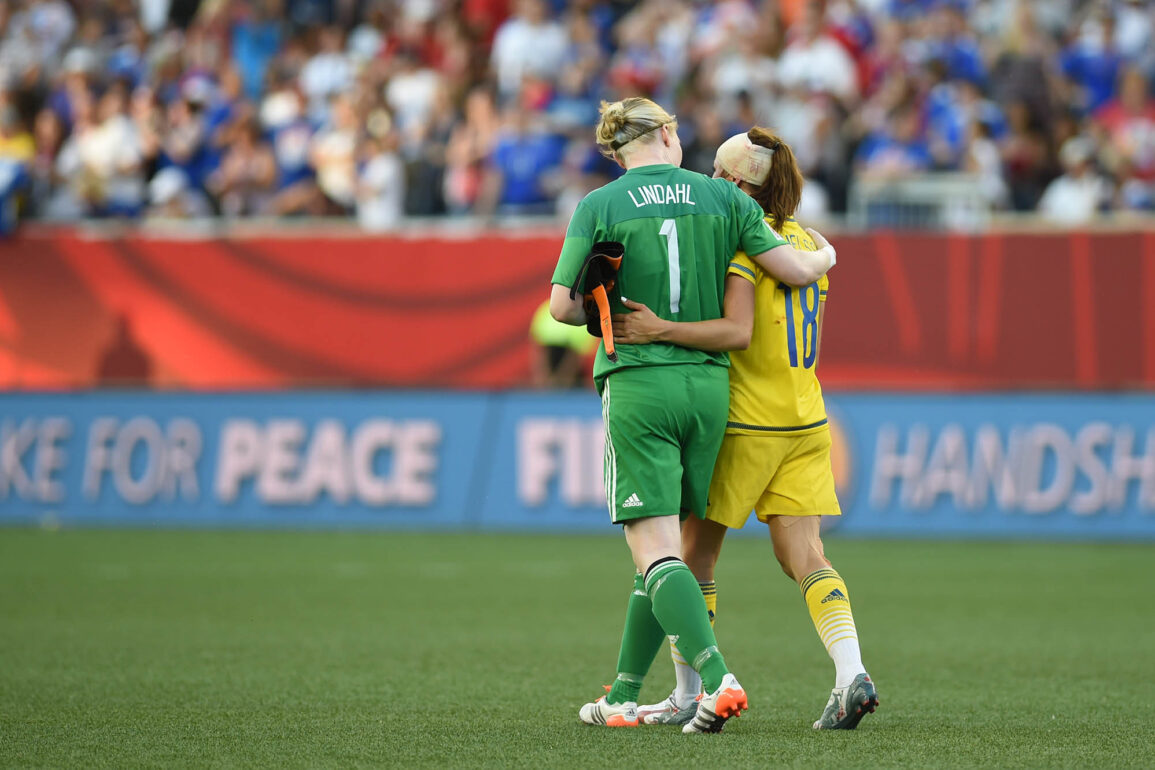 Sweden's Hedvig Lindahl and Jessica Samuelsson after the Group D match against the United States.

Sweden and China Draw in Final Group Game; Both Headed to Quarters

Sweden and China PR played to a scoreless draw to wrap up Group E play on Tuesday in Brasilia. The draw was enough to send both teams into the quarterfinals on Friday, August 12.

With the point, China advances in second place on goal differential, while Sweden advances in third place. The match was nondescript; both teams managed a combined seven shots on goal