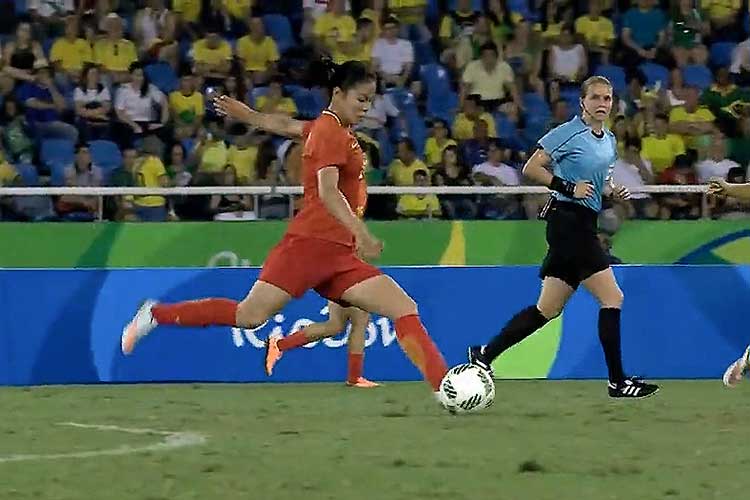 Gu Yasha put the Steel Roses up in first-half stoppage time on a darting run into the box from the left.

Gu Yasha puts China PR up, 1-0. Teams coming out for second half. pic.twitter.com/TvSokCrrxt

China faces Sweden on Tuesday in Brasilia. Both teams sit on three points, and the winner of this match will likely finish second in the group. South Africa will face group leader Brazil in Manaus. Brazil crushed Sweden, 5-1, in the later game on Saturday.