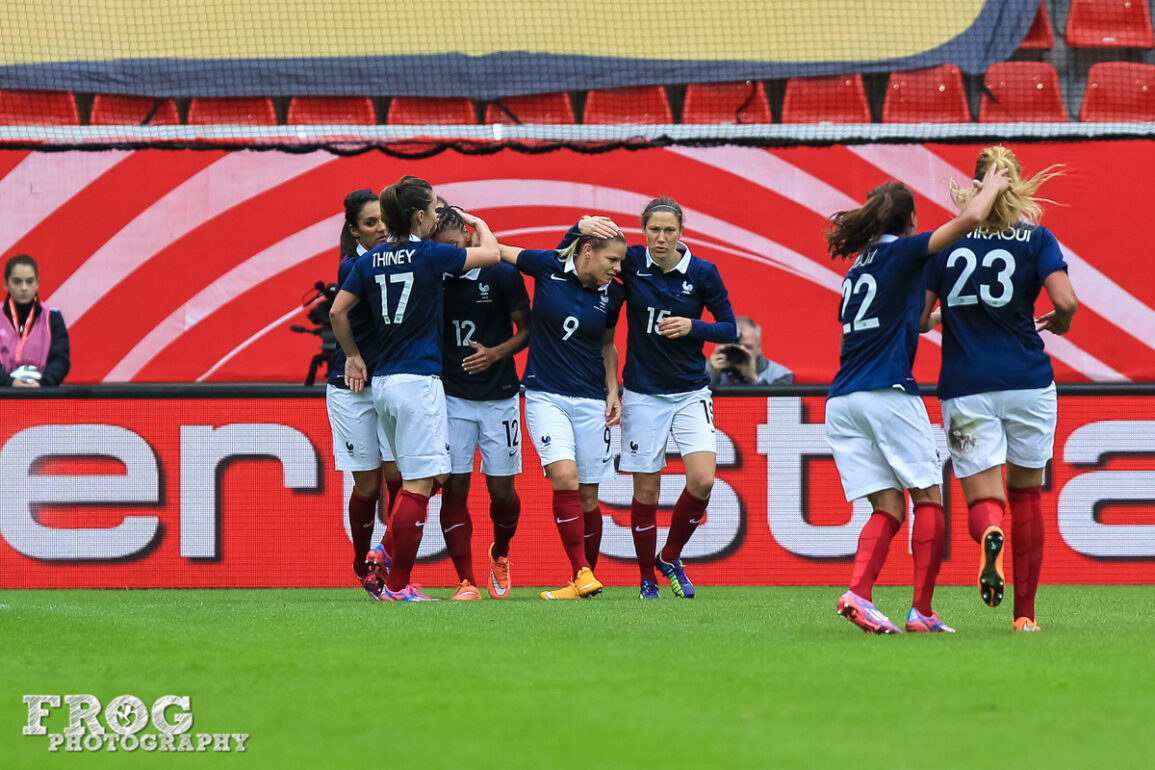 France celebrates after scoring against Germany on October 25, 2014, in Offenbach, Germany.

France, contender for the top spot in Group G as well as a medal in Rio 2016, opened with a dominant 4-0 win over Colombia in Belo Horizonte, Brazil, on Wednesday. The relative ease and control with which France dispatched Colombia erased memories from last year’s World Cup in which Colombia upset Les Bleues in the group stage with a 2-0 win.

Scoring was opened up by an own goal from Colombia’s Carolina Arias in the 2nd minute, who knocked the ball into the back of her own net defending a cross meant for Louisa Nécib Cadamuro.

Eugénie Le Sommer’s diving header in the 14th minute doubled the lead for Les Bleues. Le Sommer was in the right place to head home the rebound from Camille Abily’s shot that hit the crossbar.

Set pieces could very well come into play for France in their matchup with the United States and the two goals that came off free kicks against Colombia served as fair warning for opponents. The first was courtesy of Abily, who went top left corner with her strike in the 42nd minute to make it 3-0.

Amel Majri added France’s final goal in the 82nd minute off a curling left-footer that picked out the top right corner.

France and the United States meet in a clash that will determine the first-place finisher in the group. The U.S. defeated New Zealand in a steady performance. A second-place finish for either team could likely set up a quarterfinal matchup with Germany. Colombia will square off against New Zealand and will look to not only win but also score goals in order to advance out of the group.