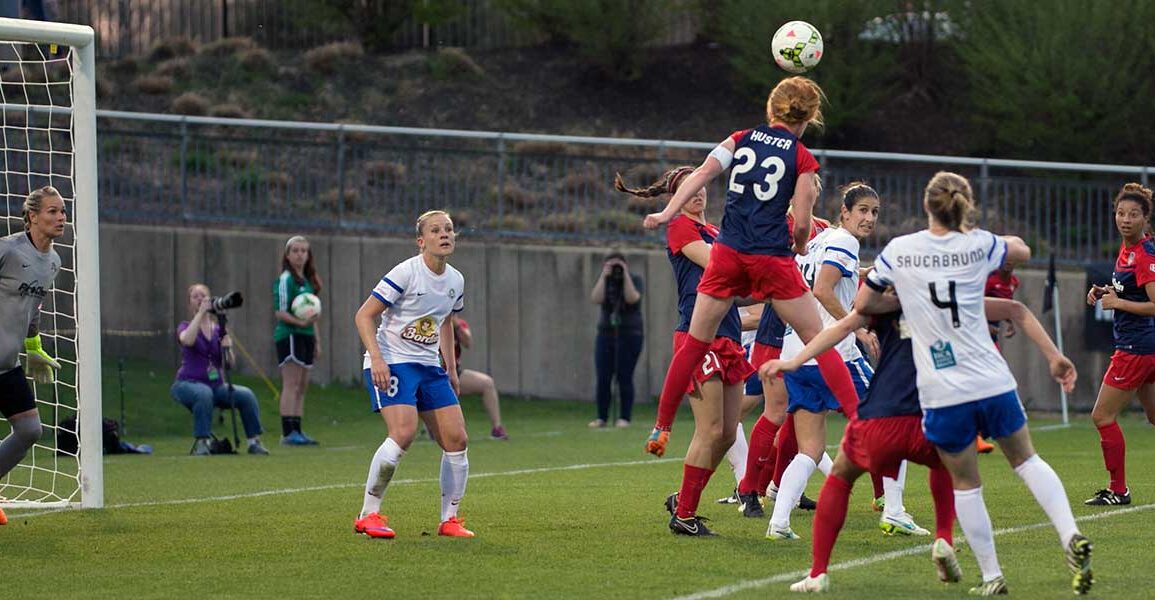 Another season, another semifinals appearance. Usually, for any team, that would be filed under the category of job well done. But for the second consecutive season, the Spirit saw their season come to an end by losing to the Seattle Reign on the road in the semifinals. However, 2015 was the year that we all got to witness the emergence of Crystal Dunn. After a decent rookie campaign in 2014, the former North Carolina Tar Heel won the Golden Boot in her sophomore season with 15 goals and a spot in every U.S. Women’s National Team camp since the postseason. If there was a “what if” moment for the Spirit to look back on from 2015 was a less-than-stellar finish, as they went 3-3-3 over the final nine matches and were only a few points away from hosting a semifinal contest.

Two key players have since departed from a year ago: Katherine Reynolds and Ashlyn Harris. Reynolds started in 18 matches for the Spirit and was a mainstay in the back four but will now join former Spirit head coach Mark Parsons in Portland. Harris, who was taken in the 2016 Expansion Draft by the Orlando Pride, started in nine matches and while she showcased her usual strong shot-stopping abilities, missed a large portion of the season to win a World Cup. At times, the disconnect was apparent between keeper and a changing back line that also had to deal with Ali Krieger missing time for national team duty. The Spirit did add a few players over the offseason, most notably via the Canadian National Team allocation process as Stephanie Labbé and Shelina Zadorsky will now call Washington, D.C. home. Labbé looks poised to take over the No. 1 goalkeeping jersey for Canada with the recent injury to Erin McLeod and will add a veteran presence to a sturdy backline. Zadorsky, who played collegiately at the University of Michigan, is an up-and-comer in the Canadian system but has a shot to make the Olympic roster and will slide in nicely at center back when available. Up top, Katie Stengel returns stateside after a stint at Bayern Munich and will give defenders another target to keep an eye on, as she was one of the leading scorers in Munich’s run to the Frauen-Bundesliga title.

With the Spirit potentially missing five players in the lead up to the Olympics (Labbé, Zadorsky, and Diana Matheson for Canada, Dunn and Krieger for the United States), there will be a bit of a roster overhaul in the month of July. But the Spirit managed the World Cup period fairly well last year and could do it again this year.

Kelsey Wys showed improvement in the net during her 11 starts last season and will no doubt be called upon for multiple appearances in 2016 with Labbé away. Megan Oyster, criminally underrated as a rookie, returns as does Estelle Johnson. Krieger will be slotted back into her right back position, thus ending a sometimes head-scratching experiment in midfield under former head coach Mark Parsons.

The midfield returns its core from last year, with an experienced trio of Christine Nairn, Joanna Lohman, and a healthy Tori Huster. A full-strength Matheson returns as well. Having Stengel up front will pay dividends and give the midfield a target and player Dunn can run off of. Joining the attacking unit are Laura del Rio and draft picks Cali Farquharson and Cheyna Williams.

The Spirit had their hand in the offseason coaching carousel as former head coach and general manager Mark Parsons left the Spirit to take over the head coaching position in Portland. Former Sky Blue and long-time Washington Freedom head coach Jim Gabarra returns to the nation’s capital to take over the Spirit and inherits a team that has made the playoffs in two straight seasons, but has yet to reach a final. Will Gabarra bring back the magic that saw him win the 2003 Women’s United Soccer Association title with the Freedom? Time will only tell.

Speed kills. Well, the Spirit not only have Crystal Dunn but also Nigerian international Francisca Ordega, who scored three goals in 13 matches last year. More important, Ordega may be one of the tougher forwards to defend as she can weave in and out of challenges with cat-like reflexes and can beat nearly every defender in the NWSL for pace. Having Ordega available for the full 2016 season is massive for the Spirit and if she can score a six-plus goals this year, a front-running trio of Ordega-Dunn-Stengel could be the most dangerous one in the league. Let’s not forget rookie Cheyna Williams, who is no turtle in the speed department. If Williams breaks through and can finish, the speed of Washington’s attacking unit will give defenses nightmares all season.