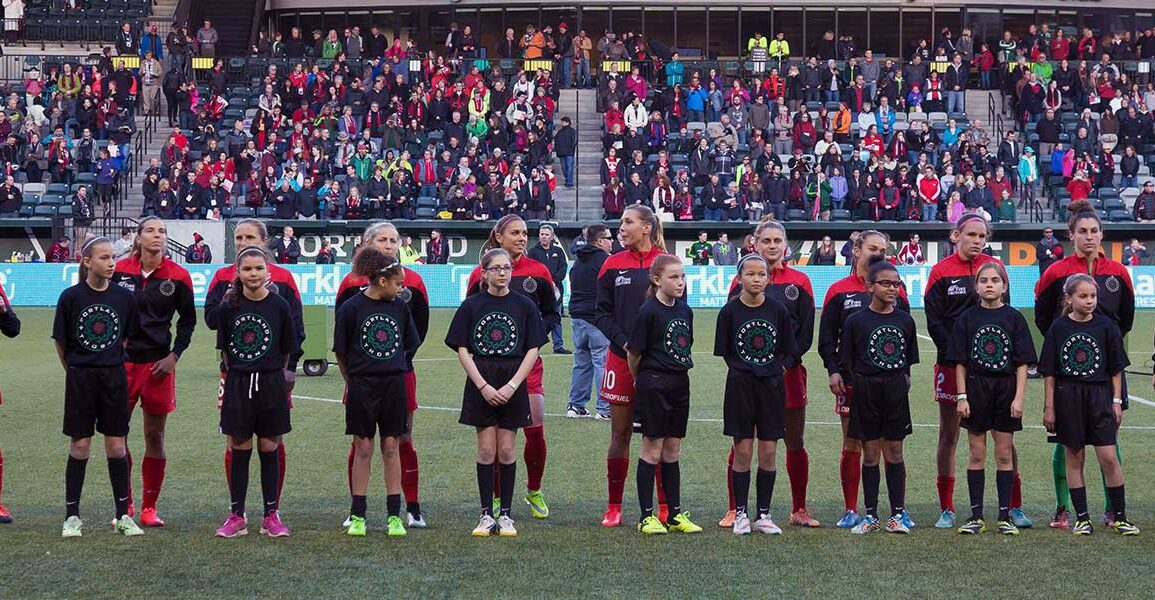 The 2015 Thorns had talent in spades, which would have been fine had that talent not been absent because of national team duty in the World Cup. Even with a squad at full strength, the Thorns underperformed, and head coach Paul Riley was jettisoned for Washington’s Mark Parsons and a roster overhaul.

Let’s see. Who left? Anyone we might have heard of? Oh, yeah, a player by the name of Alex Morgan, who heads to new kid on the NWSL expansion block Orlando Pride. The trade, also known as the worst kept secret in a league that overflows with them, sent Morgan to Orlando along with Kaylyn Kyle. Through a series of moves, the Thorns received Meghan Klingenberg, Lindsey Horan, and Emily Sonnett.  Portland said goodby to Sinead Farrelly and McCall Zerboni.

Despite several roster changes, Portland has depth. The Thorns return six players from last season, including goalkeeper Michelle Betos. Pushing Betos for the No. 1 spot is Adrianna Franch, who is returning to American soil from Norway’s Toppserien after spending the 2015 season with Avaldsnes IL.

The back line will be anchored in the center by Emily Sonnett and Kat Williamson. Klingenberg will continue to fly up and down the left side. Katherine Reynolds follows Parsons from Washington, and will return to her normal right back position.

In the midfield, expect to see change. Tobin Heath and Allie Long return and will lead a talented midfield that includes the aforementioned Horan, Brynjarsdóttir, and later, Henry. The midfield, coupled with forwards Christine Sinclair, Nadim, and the returning Mana Shim, will be expected to put goals in the back of the net.

Mark Parsons heads West from Washington to fill the Thorns’ head coaching vacancy left after Paul Riley’s dismissal. The bad news is expectations run high in Portland and the spotlight will be nothing like it was for Parsons in Washington. The good news is Parsons led a scrappy Spirit team to the playoffs the past two seasons and his energy will serve him well as he must meld his deep squad together. Bonus: Look for the banter to be strong between Parsons and his counterpart in Seattle, Laura Harvey. Parsons and Harvey coached at Chelsea and Arsenal, respectively, before coming to America, adding to an already strong rivalry.

Chemistry. All teams will deal with absences due to national team duty, and some will be hit harder than others, so let’s get that out of the way. The Thorns have a deep team, and with that comes managing playing time. Parsons has his job cut out for him in getting this team to click. Click and fire on all cylinders, and the sky’s the limit for this Thorns team. The risk, however, is the team won’t click, leading to yet another tepid season in Portland.

* will arrive later this season