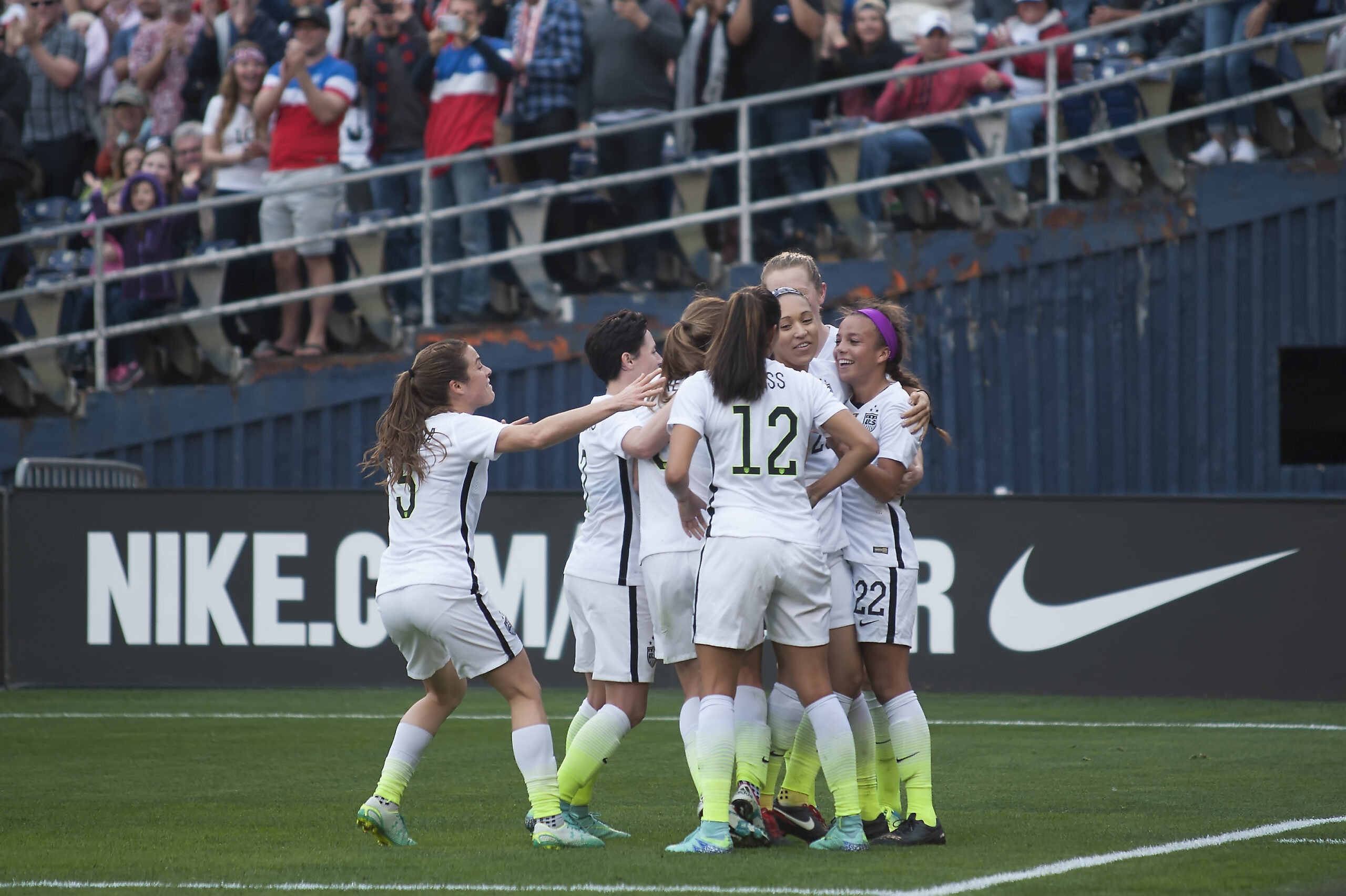 The U.S. Women’s National Team opened its 2016 schedule with a 5-0 win over Ireland at Qualcomm Stadium in San Diego, California, on January 23, 2016. The record crowd of 23,309 watched Carli Lloyd score a hat trick, Alex Morgan celebrate her 100th cap, and 17-year-old Mallory Pugh make her debut for the senior team.

Lloyd scored three goals in 28 minutes, all in the first half. Alex Morgan, wearing the captain’s arm band, assisted on two of Lloyd’s goals and added a goal of her own in the 45th minute.

Pugh, months after captaining the U.S. U-20 team to a CONCACAF Women’s U-20 Championship in December, entered the game in the 58th minute as a sub for Alex Morgan. In the 83rd minute, Pugh added her name to the scoring list after heading the ball into the back of the net off a Christen Press cross.

The U.S. next faces Costa Rica in the opening match of the 2016 CONCACAF Women’s Olympic Qualifying Championship on February 10 in Frisco, Texas.

Manette Gonzales has a bachelor’s degree in communications and history from UC San Diego.  Her interests include reading, photography, and traveling. Contact Manette at manette.gonzales@gmail.com.