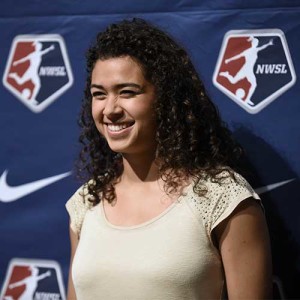 “Right now, maybe because of the World Cup, there is so much awareness [of Women’s Soccer], and my hope is to be that role model where in the past, my generation did not have growing up and I hope that this grows the game.”

Christen Westphal on what she can bring to Boston: 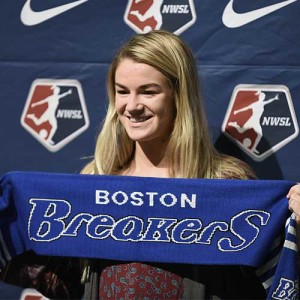 “I was able to be a part of both the attack and defense while in Florida. I definitely think that I can bring that to Boston and be able to not just be effective on defense but be able to help offensively as well.”

Can we still expect to see you score from set pieces?

Rachel Daly on setting the precedent for more college players from England declaring for the NWSL Draft: 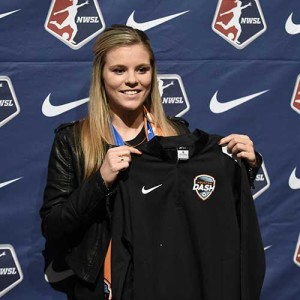 “I think so. I hope so. I think there is a lot of talent in England and I would hope they would come and do what I did and follow their career in education and then play and take it on to the net level.”

“Our discussions led to being that [Cari] Roccaro was one of the best players coming out of the draft. She played for me at Notre Dame so I know her very well and we knew that she had an injury, so the discussion was is she good enough to wait and rehab knowing that we would miss her for a good portion of the season with her injury. And yes, she is the long-term answer for us at center back.”

Brianne Reed on what pushed Rutgers to the College Cup this year:

“This program at Rutgers has been building over the years and finally we got to a good point. As sad as I am to leave, I am happy to leave where we are because I know we are going to keep working and getting better from there.”

“[Caroline’s] performances in the last year show how much improvement she has made and I think we are very fortunate that we have acquired her. When I spoke to her before we drafted her, we are not looking for her as a number two [goalkeeper], we are looking for a player who is going to push for the number one. We want her to push Brittany Cameron [current Sky Blue goalkeeper] to become better but we want her to be ready in case [Cameron] gets injured or her form slips.”