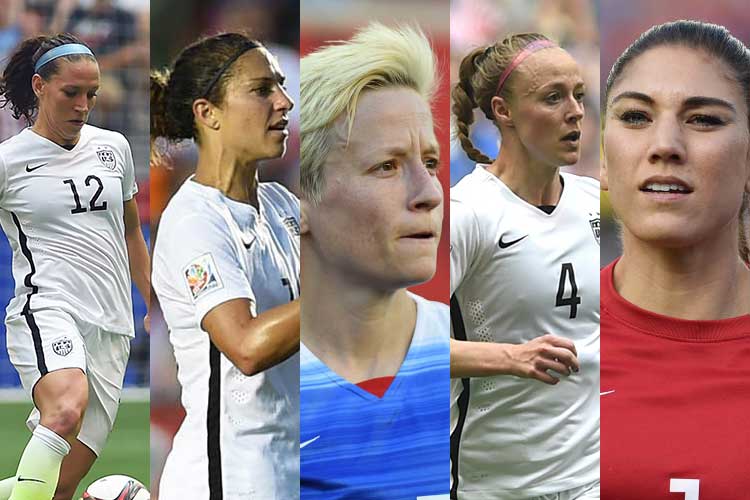 Midfielders Lauren Holiday, Megan Rapinoe, Carli Lloyd, defender Becky Sauerbrunn, and goalkeeper Hope Solo are the nominees for 2015 U.S. Soccer Female Player of the Year. The winner will be announced during the pregame show of the match between the USA and China PR on Wednesday, December 1.

Lloyd won the Golden Ball at the 2015 FIFA World Cup and scored a hat trick in the final, guiding the U.S. to its third Women’s World Cup in a 5-2 win over Japan. Solo won the Golden Glove award as the tournament’s top goalkeeper.