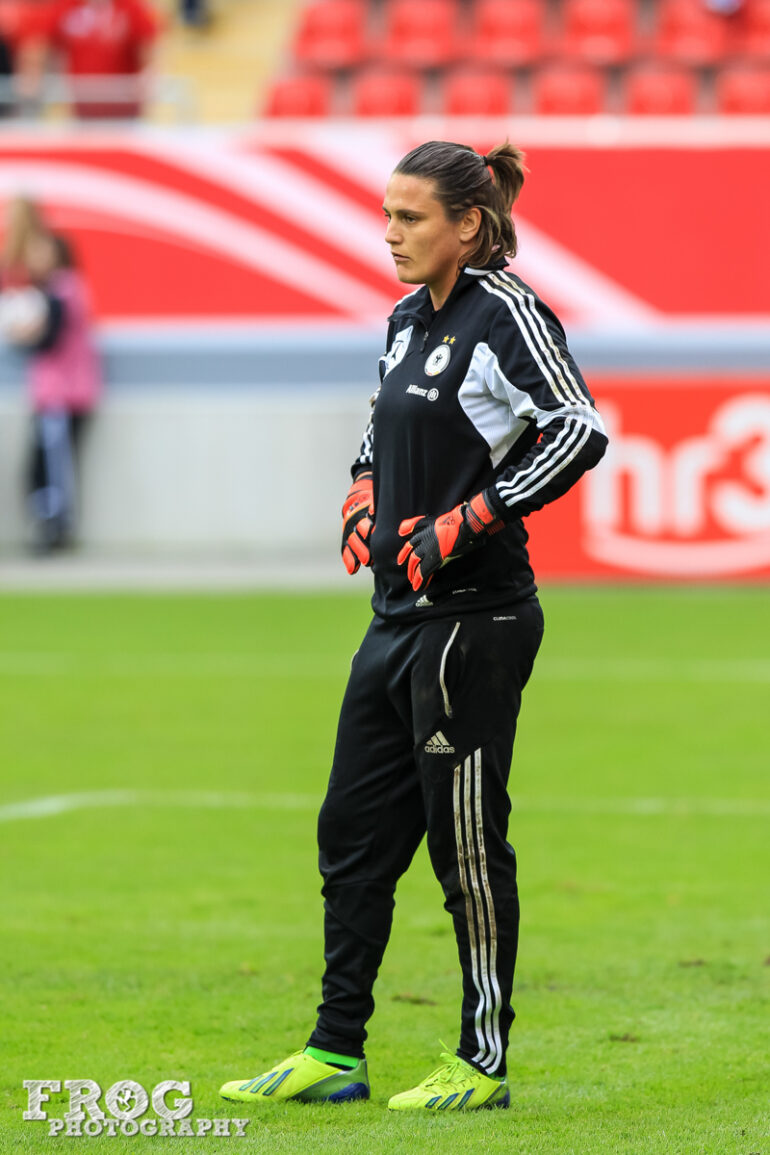 Nadine Angerer before the match against France on October 25, 2014, in Offenbach, Germany.

“I’m very happy to be coming back to Portland. Over the past two years, Portland has become my second home,” said Angerer. “I am very thankful that the Thorns have given me the chance to share my knowledge with our goalkeepers — it’s a dream come true. Mark [Parsons] and I are working very closely together and I have a positive feeling about the upcoming season.”