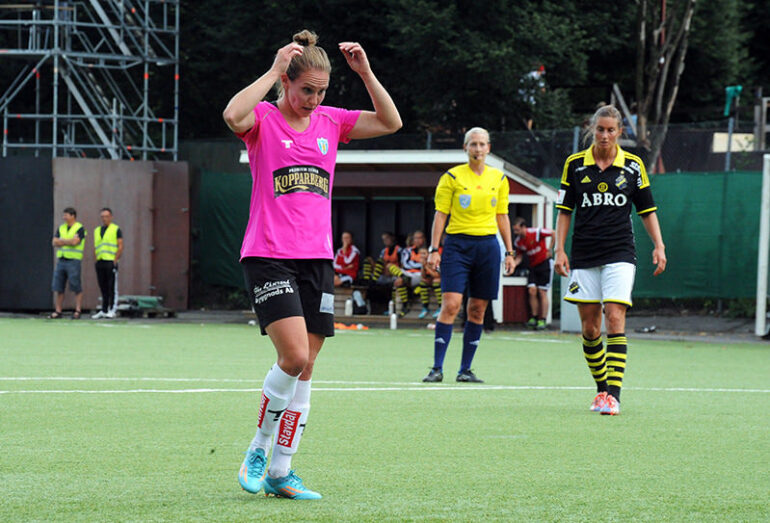 Dutch international forward Gabriëlla “Manon” Melis has signed with the Seattle Reign FC of the National Women’s Soccer League (NWSL) the club announced. Melis is expected to join the Reign ahead of the 2016 season pending receipt of her P-1 Visa and transfer paperwork.

Melis is the all-time leading scorer for the Netherlands, netting 55 goals in 132 appearances. The 29-year-old was part of the squad that made its first appearance in a Women’s World Cup and reached the Round of 16, before losing to Japan, 1-2.

At the club level, Melis was most recently with Kopparbergs/Göteborg FC in the Damallsvenskan, Sweden’s top division. There, she scored 25 goals in 42 games through two seasons. Prior to Kopparbergs/Göteborg FC, Melis played for LdB FC Malmö (now FC Rosengård) in two stints from 2007-2011 and 2013-2014. She won three league titles with Malmö and led the league in scoring in 2010 and 2011.

“Manon is a fantastic talent who will bring something new to our attack next season,” said general manager and head coach Laura Harvey. “We’re thrilled to have a player with her experience and consistent record of success at the highest levels of club and international football join our club next season.”

“I’m looking forward to playing for Seattle Reign — it is going to be a big challenge to play in the NWSL” said Melis about her signing with Reign FC.