USWNT Honored at Glamour’s 2015 Women of the Year Awards 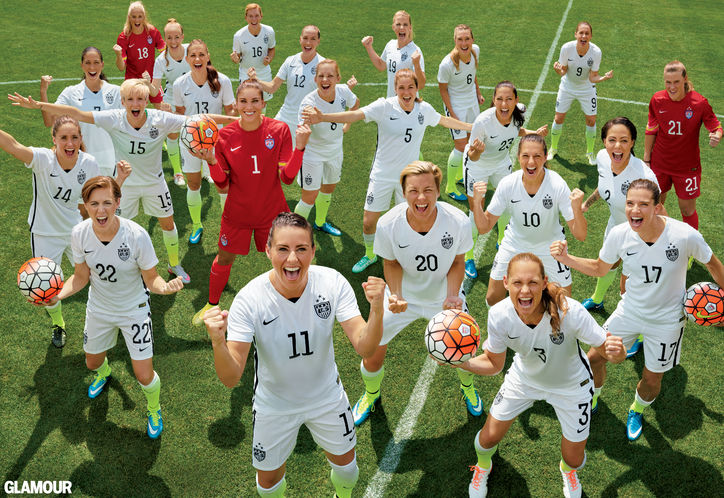 The U.S. Women’s National Team was honored at Glamour‘s Women of the Year Awards gala in New York City on Monday night, adding to the list of accolades the team has garnered after winning the 2015 FIFA Women’s World Cup this past summer.

Each year, Glamour announces its Women of the Year Awards in which the magazine recognizes and celebrates women and their accomplishments and achievement in everything from science to entertainment to sports. This year, the magazine celebrated the 25th anniversary of the awards with the Mayor of New York City officially declaring the date Women of the Year Day.

Several members of the USWNT were in attendance, and of course, it was all documented on social media (#GlamourWOTY25).

“There are a lot of people who tell you you can’t do something. It’s so important to have a goal, to have a dream in mind, to work towards that dream every single day. You have to work hard. It’s not going to be given to you. Dreams do come true when you put in the effort. That’s what #EveryWomanCan means.” – @carlilloyd of the US Women’s National Soccer Team . ?: @kathrynfriedman A photo posted by Glamour Magazine (@glamourmag) on Nov 9, 2015 at 4:34pm PST

Feeling incredibly empowered and inspired after tonight ?? Thank you for having us @glamourmag #GlamourWOTY25 — Kelley O’Hara (@kohara19) November 10, 2015