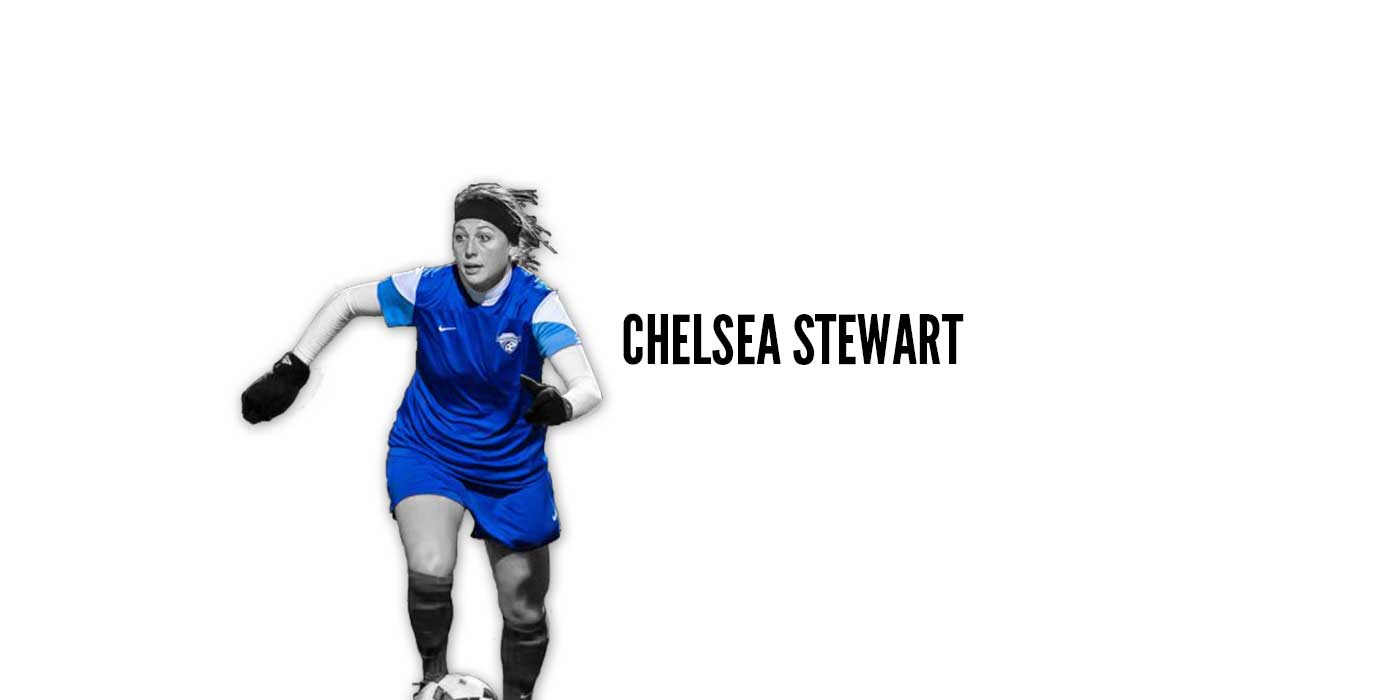 JJ Duke·
InterviewNWSL
·May 27, 2014·6 min read
Share
[dropcap size=small]I[/dropcap]n another segment of Our Game Magazine‘s Fresh Perspectives Interviews, we had the opportunity to chat recently with Canadian international and Boston Breakers defender Chelsea Stewart. Though entering her first season as a professional, Stewart has already won an NCAA Championship with UCLA, competed at the 2011 Women’s World Cup in Germany and won a bronze medal at the 2012 Summer Olympics in London. As Stewart embarks on a new journey as a professional, OGM checked in with the Canadian National Team member to see how she is handling the transition to the professional game and took a stroll back through memory lane.
Chelsea Stewart
Twitter: @cbstewart19
Current Club: Boston Breakers (NWSL)
Last Club/College: UCLA
Position: Defender
Career Highlights:

What has your experience with Boston been like so far?
It’s been good. I haven’t been out on the East Coast before, haven’t lived here, visited here a few times, but it’s definitely a great city to be in and Tom [Durkin, Boston’s head coach] is such a great coach, he knows what he’s doing so he has made this experience quite good.

What are your thoughts on playing at the professional level?
I don’t think there were many nerves going into [playing professionally] because girls who played in the league last year spoke about it all the time during camps in Canada so I kind of had a good idea of what was going on with the NWSL, and from the perspective of the other girls and what I have seen so far is that the NWSL has already made improvements from last year. It’s nice to jump into a league that has a year under it’s belt and is improving already, which is nice. And as far as looking forward [to playing professionally], it has been a step up from the college game obviously so it’s nice to have that as practice every day. It’s nice to have a higher level to train in day in and day out.

What are some of the differences from college?
I think the girls at the pro level know the game more so they have better tactical brains and with that, the pace of the game is a bit faster so you have to be on top of everything. And even technically, they have taken that a step up on college. Overall, everything is a little bit better than college each and every day

On being allocated versus going through the college draft:
It’s an interesting story because I initially put my name into the draft because I was unsure if I was going to get an allocation or not. I did have some nerves because I was unsure if someone was going to pick me up or if I needed to go play overseas or try out for a team if I didn’t get drafted. I think it was Christmas Eve and John [Herdman, head coach of the Canadian National Women’s Team] sent me an email letting me know that I got allocated; it was like a weight [had been] lifted off my shoulders and it was definitely nice knowing that I had the allocation. However, having that [allocation], going into the preseason I had to make sure that I was meant to be there. But it was the best Christmas present I could have ever gotten, for sure.

What was your experience in Chile during the 2008 U-20 Women’s World Cup like?
It was my first big international tournament. At that age, it was more of a whirlwind trying to take in everything that you can: you’re traveling to a country you have never been to before, you’re with a team that you have been training with for six months so it was more of an experience in enjoying. And obviously when we got out onto the field, the teams we played against were amazing.

We lost to Germany in the game that knocked us out. Flash forward to [the 2011 World Cup in] and we played Germany in Germany — girls that we saw on that team [in Chile] were on billboards. They were the faces of the 2011 World Cup. It was kind of a cool thing to almost grow up with that in a sense. Outside of that, we had a great team. Tons of girls made it to the full senior women’s team so it’s nice that I grew up with those girls and have been training with them for so long and it fosters more chemistry at the senior level.

What was the 2011 World Cup in Germany experience like?
I think Germany put on such a great World Cup. They had such an amazing atmosphere, it kind of just showed you what soccer is meant to be and how it can influence future generations and inspire younger players. I think that was the biggest thing I took out of that tournament — that we are now role models despite having a bit of a rough tournament.

What was the 2012 Olympics in London like?
It’s like a dream come true. We had been talking about standing on the podium and seeing our flag rise. I had my family in the stands and having both my teammates and my family out there was just an experience that will be with you forever and something that you will tell your kids when you’re older. And definitely a highlight of your career

Where do you keep the medal?
[laughing] My family doesn’t trust me with my medal and I don’t trust myself with it. So my parents are keeping it safe somewhere at home.

On UCLA winning the 2013 College Cup:
It was the 110th national championship for our school and we had a new coach [Amanda Cromwell] right at the very end of our spring season. And as soon as she got on board the theme throughout summer, throughout the entire season and leading up to the National Championship Game was 110. 110 was everywhere. It was in all of our reps with our weight coach; like, we would do 110 reps of whatever we were doing that day. Everything just revolved around this end goal and our coach fostered everything. She fostered our chemistry, she fostered our team in general, our skill level, tactics and everything. She was exactly what we needed. And it’s one of those things where you go into a season and you just have that feeling where we can totally do it this year, we can totally win 110.

The reception coming home after winning the championship:
It was interesting because we flew home right before finals so girls left at like 6 the next morning [after the championship game] for a final that day. It was basically take a final, enjoy the championship and study for another final, take a final and then have fun. And as soon as we got back, it was almost like there was a challenge for the rest of UCLA athletics, “Who was going to bring home 111?” So winning felt like it was a boost for everyone else to go get that next championship.

On where she feels she’s at in her career and what’s to come:
Establish myself within the team and within the league and obviously help Boston bring home an NWSL Championship trophy. And beyond that, it’s preparing for a home World Cup. Everything now revolves around Boston, trying to do the best I can for the team but at the same time, I have the home World Cup in the back of my mind. And for me and for Canada, it’s obviously winning at home.

What has the preparation been like with Team Canada for the 2015 Women’s World Cup?
One of the biggest things for our team in the past year is getting games in at each of the host cities. I think by doing that we are bolstering the anticipation and excitement of the tournament. Hopefully, with doing that it will lead to plenty of attendance for the entire tournament around the country and also help continue to grow the game in Canada. And within the team, each person who is vying for a spot has an individual plan leading into each camp, and it’s always about progressing and developing and changing as you improve. Then your goal is what type of player you want to be when you get to the World Cup is obviously changing and helping you become the best you can be.