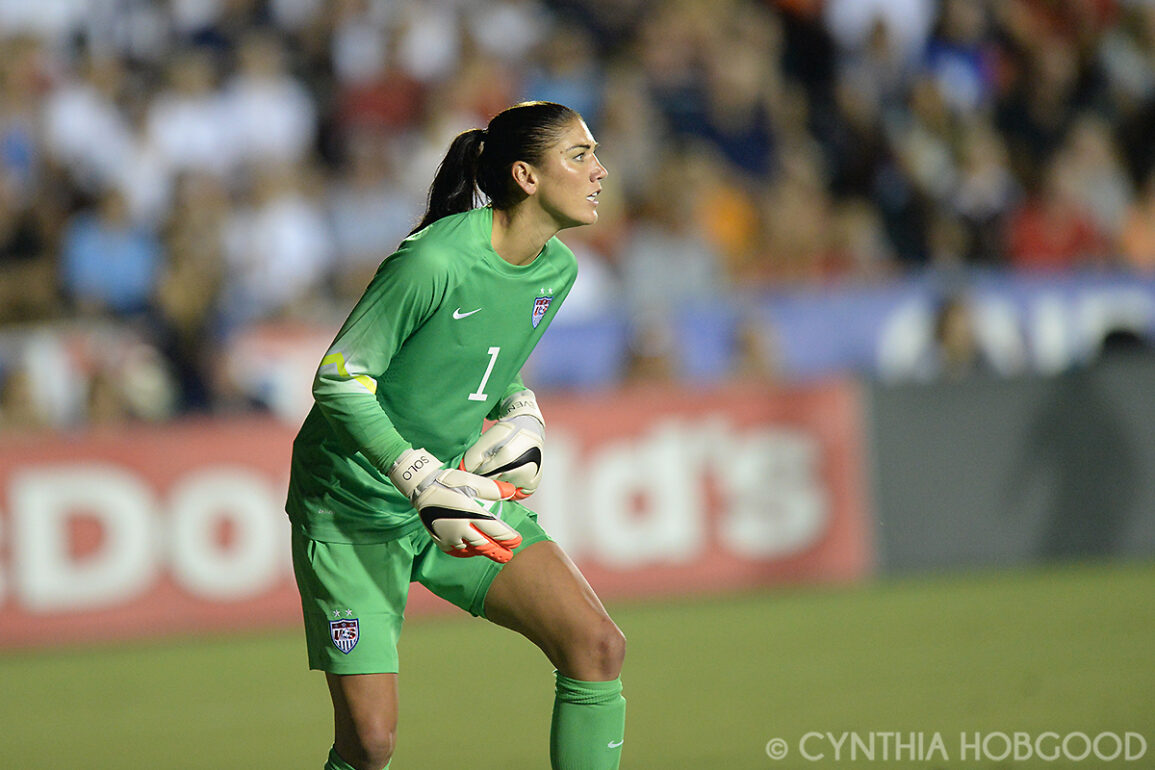 In postgame comments, United States goalkeeper Hope Solo was sharp and candid in her assessment of Sweden’s tactical strategy after the Swedes defeated the U.S. in penalty kicks to advance to the semifinals of the women’s Olympic soccer tournament on Friday in Brasilia, Brazil.

In her comments to reporters, Solo said: “I’m very proud of this team. But I also think we played a bunch of cowards.” Sports Illustrated‘s Grant Wahl provides the full quote below:

Full Hope Solo quote on Sweden after US was eliminated from the Olympics today. pic.twitter.com/UZVCAeur6m

In a follow-up tweet, Solo said, “Losing sucks. I’m really bad at it.”

This was the full context of my comments today. Thank you @GrantWahl. Losing sucks. I’m really bad at it. https://t.co/s5Mckg8o6B

Sweden’s head coach, Pia Sundhage, for her part responded by saying, “I don’t give a crap. I’m going to Rio, she’s going home.”

Sundhage is no stranger to Solo or the U.S. Women’s National Team after coaching both to a gold medal at the London 2012 Olympics.

I asked US Soccer president Sunil Gulati about his views on Hope Solo’s postgame comments. He said this: pic.twitter.com/HKKf0albzY