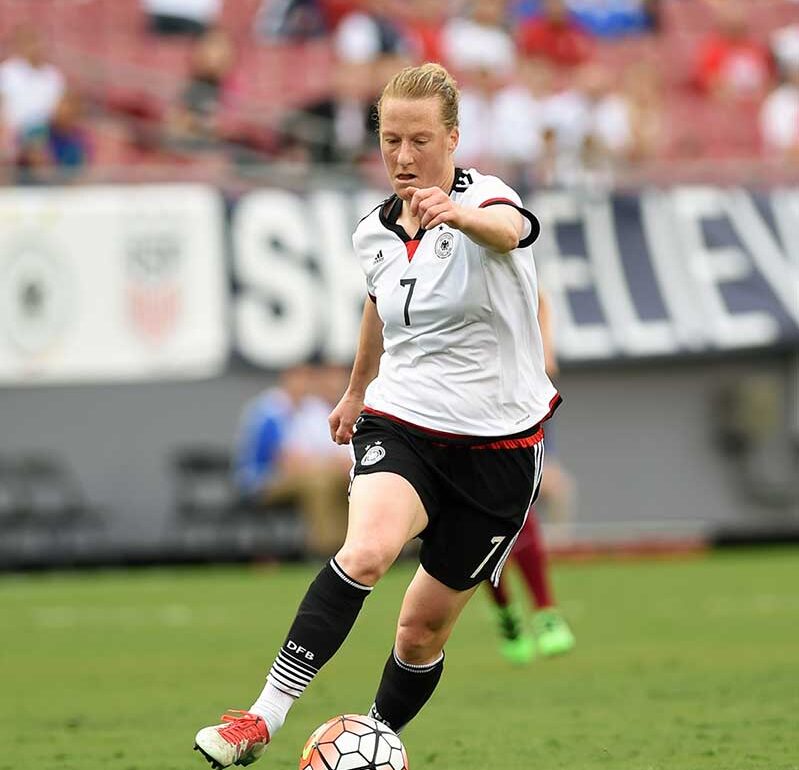 Germany is through to the semifinals of the women’s Olympic soccer tournament in Rio de Janeiro after defeating China PR, 1-0, on Friday in Salvador, Brazil.

It was a largely mundane affair, with no real flashes for either side in the first half. The second half, however, saw China play the majority of the half playing with 10 players after halftime substitute Wang Shanshan was sent off in the 57th minute after picking up her second yellow card in 11 minutes of play.

In the 62nd minute, Wang Shuang stepped up to take a penalty kick after being fouled in the box, but rang her shot off the post.

Germany broke through in the 76th minute off a Melanie Behringer strike from outside the six-yard box. Anja Mittag knocked down a cross in from the left to Behringer at the top of the six. Behringer rifled a shot in to the upper right-hand corner past goalkeeper Zhao Lina.

Germany will face Canada in one semifinal on Tuesday in Belo Horizonte. Canada defeated France, 1-0, to earn a spot in the semifinals later in the day.